Innovative British designer, Jonathan Anderson, shot to fame as creative director of his own brand JW Anderson and Spanish Fashion House Loewe. His work with Loewe has clear direction and is devoted to quality craftsmanship and innovative design. It is no surprise, then, that he was inspired by William De Morgan’s Arts and Crafts Movement ethos and fantastical ceramic designs to create Loewe’s Autumn/Winter 2019 capsule collection.

Anderson has lent heavily on De Morgan’s animal and fantasy designs, with the dodo and the dragon being central motifs in his collection. He said, of De Morgan’s designs, in an interview with British Vogue, ‘There’s something which I think, in a weird way, has a sort of wizardry about it. Kind of like an early Harry Potter.”

I first met Jonathan on the set of the the photoshoot for the collection, in Paris in April. Loewe were keen to show of the original De Morgan ceramics alongside the clothing and accessories line. He explained to me that he wanted to use Loewe as a platform to celebrate the handcrafted, with their beautiful, bespoke capsule collections, but also to celebrate revolutionary designers of the Arts and Crafts Movement. He has already focussed on William Morris in 2017 and Charles Rennie Mackintosh in 2018. 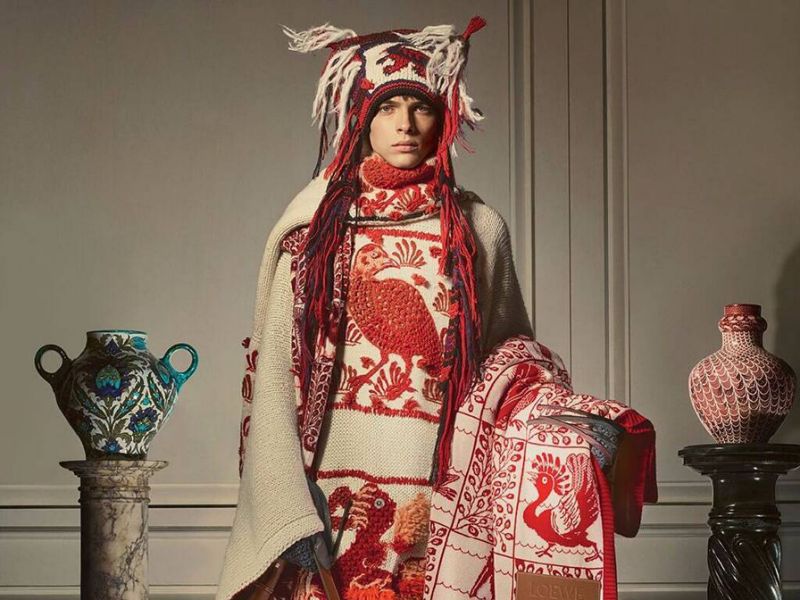 The collection draws on De Morgan’s ceramic glazes as much as it does the designs and motifs and the collection can be split, largely, into three colour ways: yellow, ruby lustre, and Persian blues. 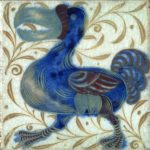 The dodo appealed to De Morgan as it was a real bird with almost mythical status, due to it being forced into extinction by poachers in the 17th century. By aligning the dodo with mythical dragons and fantastical birds of his own invention, De Morgan makes his creatures believable and oddly lifelike. The Loewe promotional video takes De Morgan’s imagined world and makes it real.

Casa Loewe, New Bond Street, has had a De Morgan make over to set the collection against. It is equally as fantastical as the video and a must see for any De Morgan fan. It is complete with a mechanical dodo, offering up a bag as you enter the store. If Loewe isn’t in your price range, remember to visit the Foundation’s online shop for your own Autumn/Winter De Morgan Collection!