Wilhelmina Stirling (1865 – 1965) was a serious art collector, with a penchant for Victorian paintings and decorative arts. Over her lifetime, she worked tirelessly to collect as many works of art as possible by her sister, Evelyn De Morgan née Pickering (1855-1919), and brother-in-law, William De Morgan (1839-1917) as possible. She was deeply concerned with preserving both artists’ reputation, legacy and artwork and so founded the De Morgan Foundation and, upon her death, bequeathed her collection to be held in trust for public enjoyment. 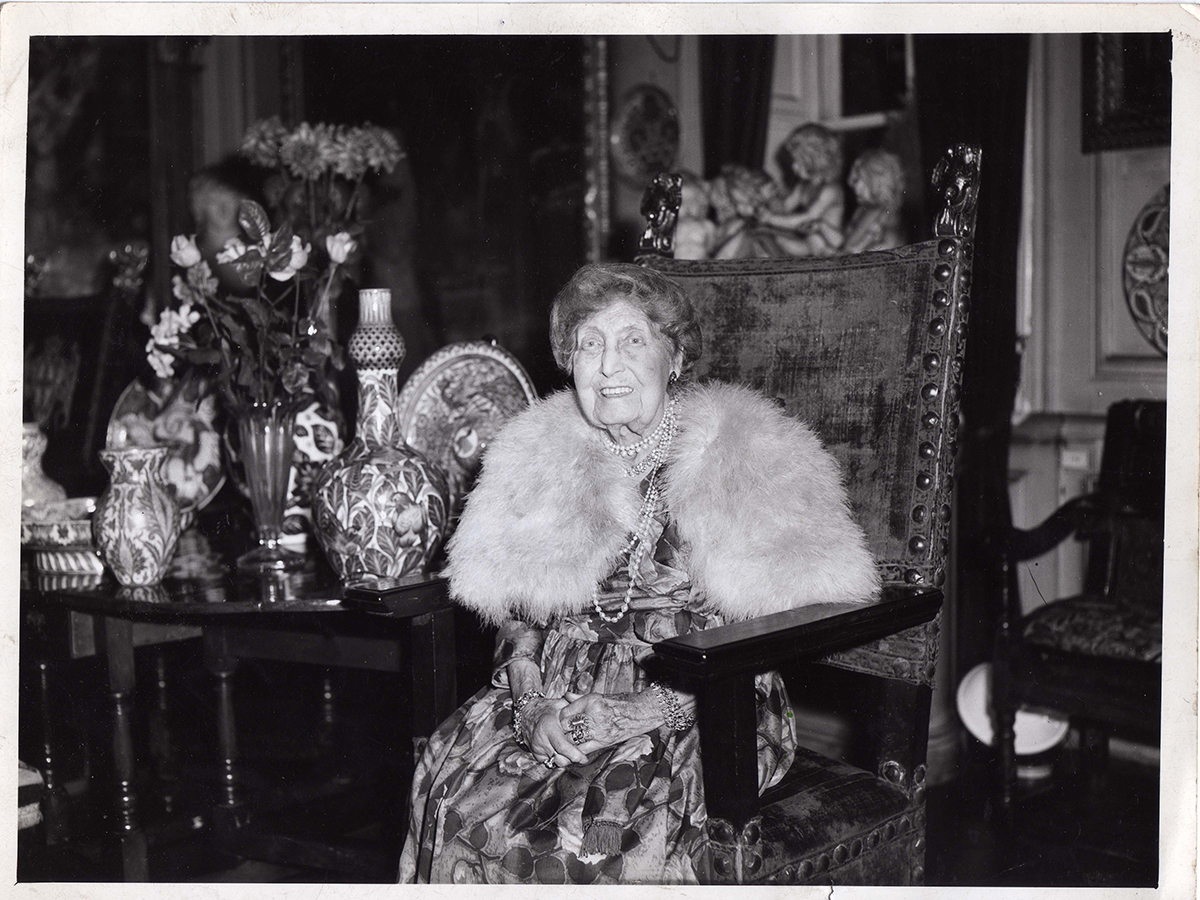 Mrs Stirling was an accomplished and prolific writer. Her most well-known work is her biography William De Morgan and his Wife (1922) which is the starting point for all researchers interested in the De Morgans today. Her other books deal with various subjects such as Spiritualism and the lives and reminiscences of the British landed gentry.

Mrs Stirling also shared the progressive political ideals of many members of the Arts and Crafts movement. A letter from Emmeline Pankhurst (in the archives of the De Morgan Foundation) to Mrs Stirling, written in May 1911, reads 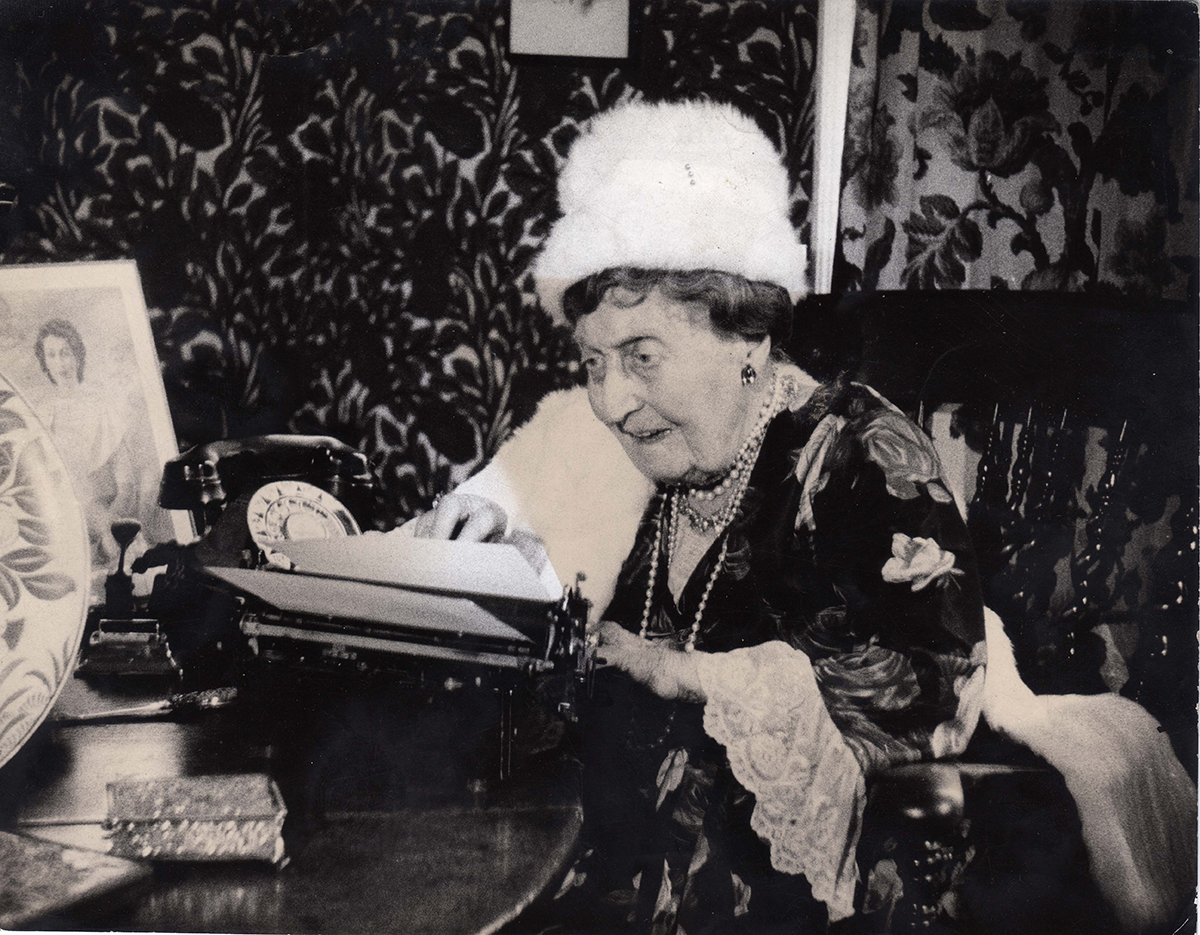 We all feel very grateful to you for having unearthed and published such a valuable piece of evidence that women voted prior to the Reform Bill of 1832. Your help and interest led me to think that perhaps you may some day ere long find time to come here and see something of our great organization. I am sure that you will be pleased to see what progress is being made not only in the getting of the vote but in the work of preparing women to use it wisely when it is won. I am very truly yours, E. Pankhurst

In 1931 Wilhelmina and her husband Charles Goodbarne Stirling moved into Old Battersea House, which had been threatened with demolition by the local council. After a campaign to save the house, which was the finest example of seventeenth century domestic architecture in Battersea, the Stirlings were granted a life tenancy. They used the house to display their enviable art collection. Mrs Stirling loved giving tours of the house, during which she would talk for hours on the artwork she exhibited and tell anecdotal stories regarding the house itself.

In 1961, at the age of ninety-six, Mrs Stirling was featured in a short film made by the director Ken Russell for the BBC’s Monitor television series. In the 17-minute long black and white film Old Battersea House, Mrs Stirling takes the visitor on a tour of the house and talks passionately about her support of the ideals of the Pre-Raphaelite movement. 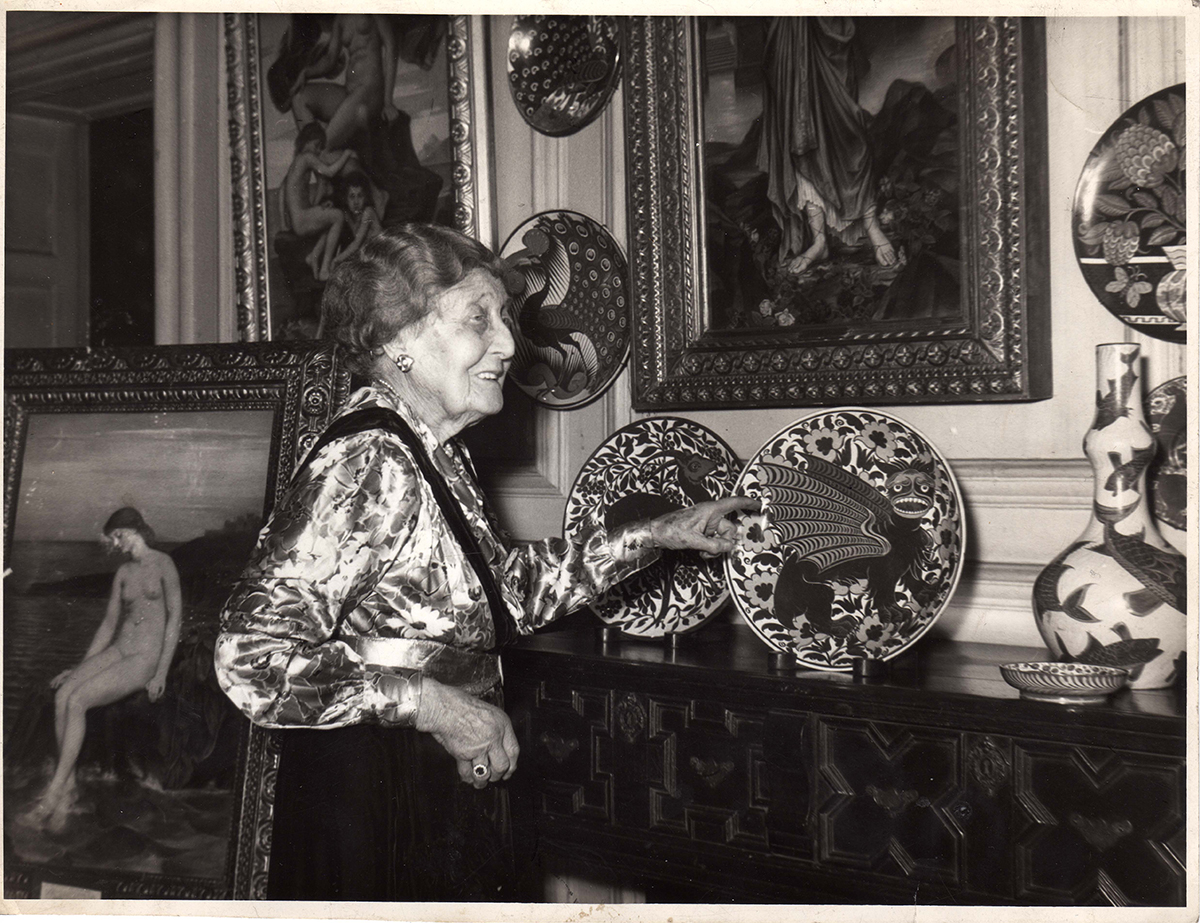 While her manservant, Mr Peters, carries around a large lamp to illuminate the dark corners of the house, Mrs Stirling tells stories about the alleged sightings of ghosts and a toad who modelled for the devil in one of her sister’s paintings. The programme gives tantalizing glimpses of both Mrs Stirling’s eccentric character and the wonderful possessions with which she surrounded herself.

Mrs Stirling died in August 1965, just a few days before her one hundredth birthday.