In her painting The Storm Spirits (1900), she uses female figures as powerful wonder women, who can control the weather.

Can you see purple thunder, red lightning and yellow rain? Women in Evelyn’s time were expected to be mothers and homemakers, whilst their husbands went out to work. Evelyn De Morgan aligns her women with powerful natural forces of weather instead. She thought that women could take on the world, just as she had fought to become a successful, professional artist. 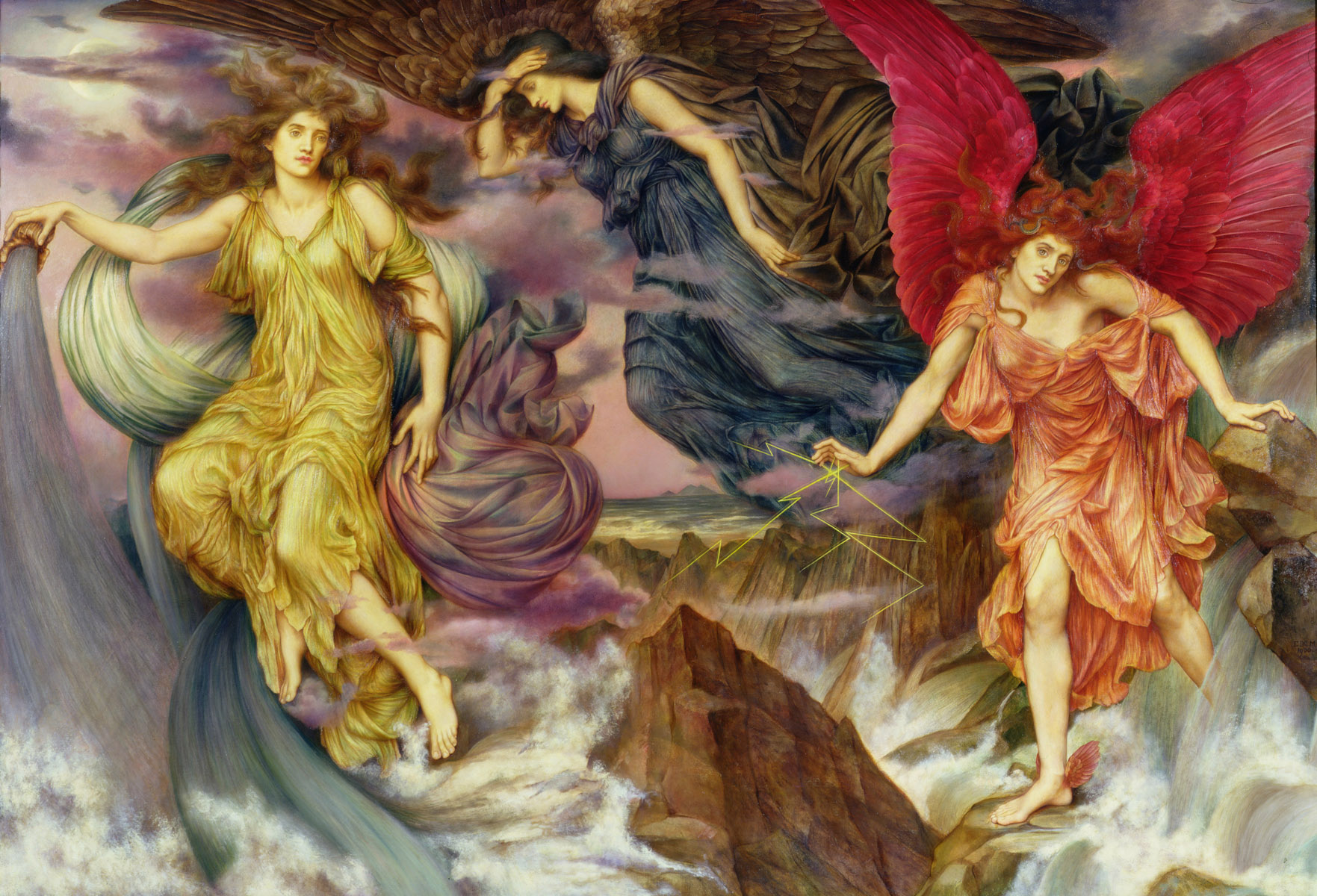 Queen Eleanor and the Fair Rosamund

Evelyn’s beauties in Queen Eleanor and the Fair Rosamund (1901 – 1902) tell us the legend of Rosamund being locked in the tower of a castle by medieval king Henry II and Queen Eleanor finding her with her magic potions.

Can you spot the evil spirits swarming around the Queen in her painting? These beasts are what Evelyn De Morgan imagines evil spirits to be. She has based them on snakes and monkeys and surrounded them by wisps of smoke. Rosamund is the innocent beauty in this painting and so has been surrounded by cherubs and garlands of flowers, to protect her from the Queen’s evil spirits.

Cassandra was a beauty from the ancient city of Troy. Her magical powers meant that she could tell the future, but she had been cursed by the God Apollo so that nobody would believe her. When she predicted the attacks on Troy by Greeks hidden in a wooden horse, the Trojans laughed at her as they wheeled the horse into the city. Look how angry Cassandra is as the Greek army bursts from the horse and attack the city of Troy with fire.

In Evelyn De Morgan’s beauties we see peace, whilst her beasts represent evil. She lived through World War I and was so appalled  by the constant reports of fighting and deaths on the front line, that she couldn’t bear to paint realistic images. The beasts in her war pictures were her own way of representing the unimaginable horror of war.

When Noah built the ark and filled it with two of every animal, according to the Bible, God sent a rainbow at the end of the floods to show that peace had come. Evelyn De Morgan uses this rainbow symbol to show her hope of peace after the war, as the beauty reaches skyward towards it. 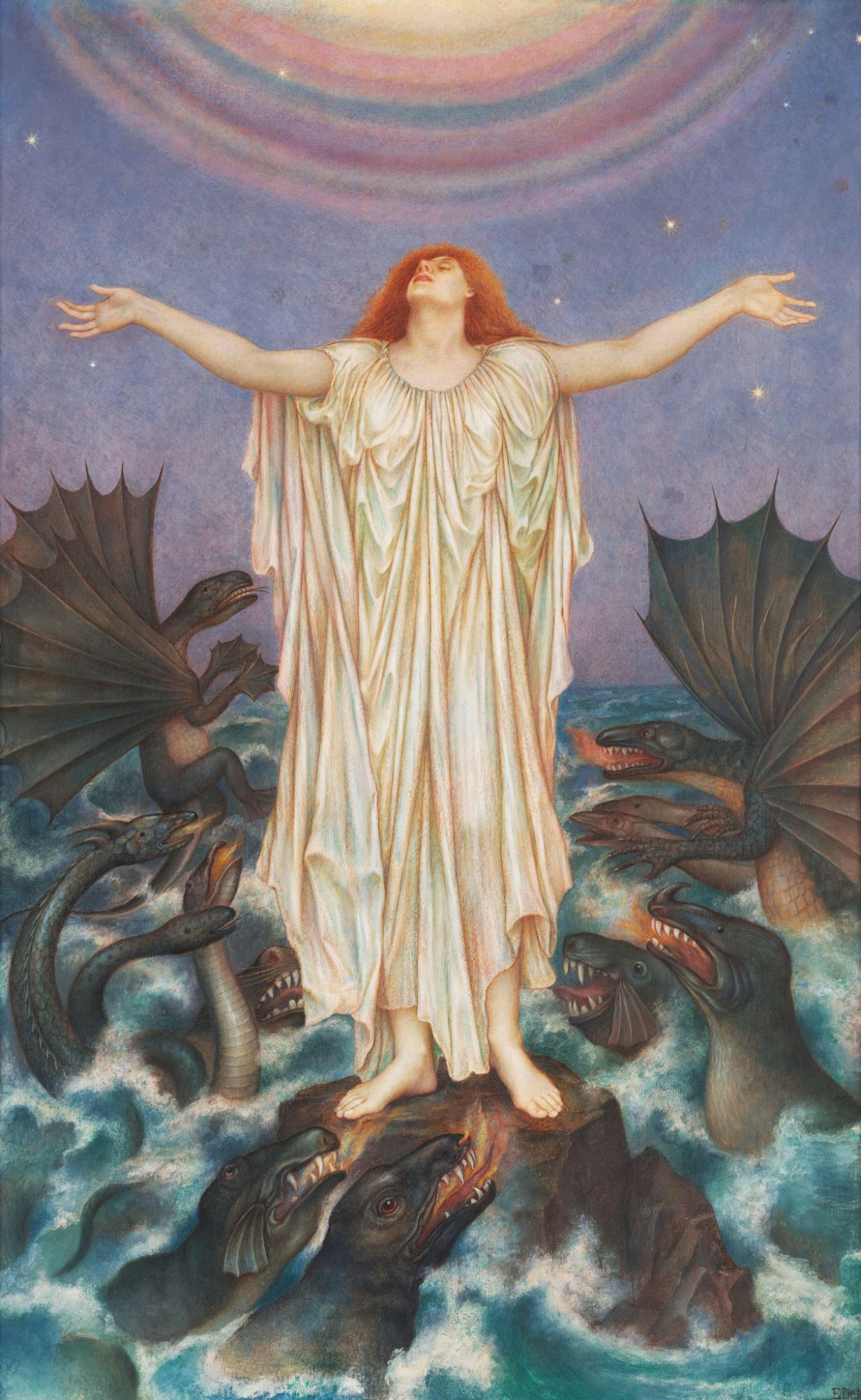