Mary De Morgan (1850 – 1907) was the youngest of seven children and 11 years younger than her eldest brother William. There is little known about her childhood but in the De Morgan Archives, held at Senate House, University of London, there is a small leather-bound notebook in which Mary’s mother, who was a keen spiritualist, recorded her six-year-old daughter’s dreams in which she played with her sister Alice in a jewel garden. Elizabeth Alice had died three years earlier in 1853 at the age of fifteen and was acting, according to the mother, as a spirit guide to Mary. It does not seem, however, that Mary became an avid spiritualist herself, and she dismissed any séances she had to attend as being fake. According to Wilhelmina Stirling in William De Morgan and His Wife, Mary was extremely lively and full of fun as a young girl – and also rather precocious. At 13 she asserted to Henry Holiday, who was a painter, stained-glass designer, sculptor and illustrator, that “all artists are fools.”

Mary herself, however, became an artist, albeit a literary one. Her first published book in 1873 was Six by Two: Stories of Old Schoolfellows,” and was co-written with Edith Helen Dixon. Nothing is known of where or how Mary was educated but she surely must have been, given her father was a mathematics professor at University College London, and her mother campaigned for women’s education. Six by Two, however, is not autobiographical and gives no clues as to her education. All that can be confirmed is that Mary is not on the records of Bedford College, the first ladies’ college which her mother helped to found, unlike her sister, Alice, who went there for three terms 1850 – 1851, possibly to get her out of the way when Mary was born. 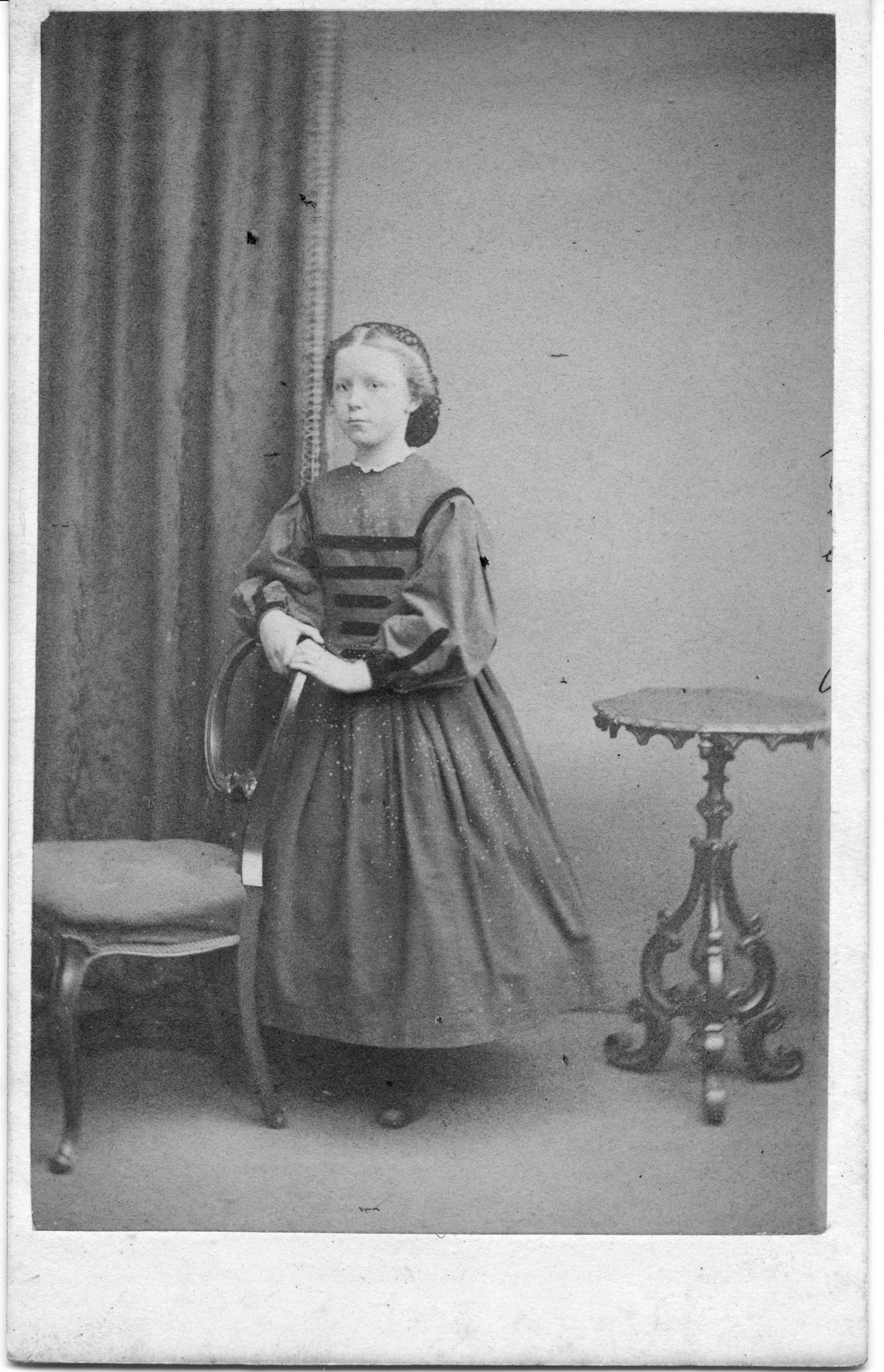 One of the themes that Mary addresses in her fairytales is that of the dangers of mass-production, a subject very close to the heart of William Morris. Due to her brother William’s close friendship with Morris, Mary became part of the Arts and Craft circle, albeit on the outskirts. Mary was a regular visitor to the Morris household and she often told her stories to Morris himself, the Morris and Burne-Jones children and to the young Rudyard Kipling. The multi-talented Mary also apparently cured William Morris of his fear of snakes and she was one of those who nursed him during his final illness and was at his bedside when he died in 1896.

Mary’s fairytales were always marketed as being for children and her critiques on social and political issues have only recently been recognised. Mary didn’t just write fairytales, however. She also wrote short stories, some of which were published in English and American magazines such as The Ludgate Illustrated, Frank Leslie’s Popular Monthly, Sylvia’s Home Journal and The Home-Maker. Other unpublished short stories – all written on the latest technology, the typewriter – are held in the De Morgan Archive at Senate House.

Mary also tried her hand at a two-volume novel called A Choice of Chance written under the pseudonym of William Dodson, but she never wrote another one due to poor reviews. Mary also edited her mother’s reminiscences, Threescore Years and Ten: Reminiscences of the Late Sophia Elizabeth De Morgan and wrote serious articles on such diverse subjects as “Co-operation in England in 1889,” “The New Trades-Unionism and Socialism in England,” “The Jewish Immigrant in East London,” and “The Education of Englishmen,” published in such journals as The Westminster Review and The Chautauquan.

There is no evidence of Mary having had any romantic relationships. Whatever the reason, whether from choice or otherwise, Mary, like many other women at the tail end of the nineteenth century, remained unmarried, an “Odd Woman,” and because there were no male members of the family with sufficient funds to keep her, she had to earn her own keep. It does not seem likely that she made sufficient money from her writing alone. In 1876, for instance, she received £14 18s 6d (less than £2,000 in today’s money), being a third of the year’s profit from the sale of her first volume of fairytales, On a Pincushion – another third going to the illustrator, her brother William, and the other third to the publishers, Seeley, Jackson and Halliday. She may not have earned enough to live on from her writing alone but she also received dividend payments from stocks she owned. She once told her sister-in-law, Evelyn, that “I am so thankful I have only a small income – it is so delightful planning things and deciding what one can afford. It would bore me to death to be rich!” Ironically, when brother William turned to writing novels in later life, he made far more money than she ever did from her writing, and indeed than he had ever done from ceramics.

The Seeds of Love by William De Morgan

“All artists are fools!”

Mary also followed in her mother’s footsteps and did her social duty by visiting the poor families in the East End of London, running a mothers’ club and for a couple of years she was the secretary of the People’s Concert Society, which brought classical concerts to the East End. She was also a member of the Women’s Franchise League and in 1889 she and Evelyn De Morgan joined other artistic women to sign the Declaration in Favour of Women’s Suffrage.

By the turn of the nineteenth century Mary was a relatively well-known and respected published writer, albeit not a very well paid one. She does not seem to have written anything after 1900 and at the beginning of the new century she went to live in Egypt, for health reasons, where she became a directress of a girls’ reformatory in Helouan – how this came about has not been established, despite intense research. She died of tuberculosis, what brother William called the “De Morgan curse,” in 1907 at the age of 57 and is buried in the Protestant Cemetery in Cairo. Her plot has no stone to mark her last resting place, there having been subsidence many years previously.

This page has been generously researched and written by Marilyn Pemberton. Pemberton’s ambition is to bring Mary De Morgan, Victorian writer of fairy tales, out of the shadows cast by her illustrious parents, her brother, William and the members of the Arts and Crafts circle in which she moved.

Buy ‘Out of the Shadows’
Buy ‘The Jewel Garden’