Evelyn De Morgan’s message is clear in her c.1905 painting The Gilded Cage. Shackled by her heavy jewelry to a rich, yet deeply unhappy marriage, the young woman draped in gold yearns to break free from her opulent prison to join the band of revellers beyond the window. 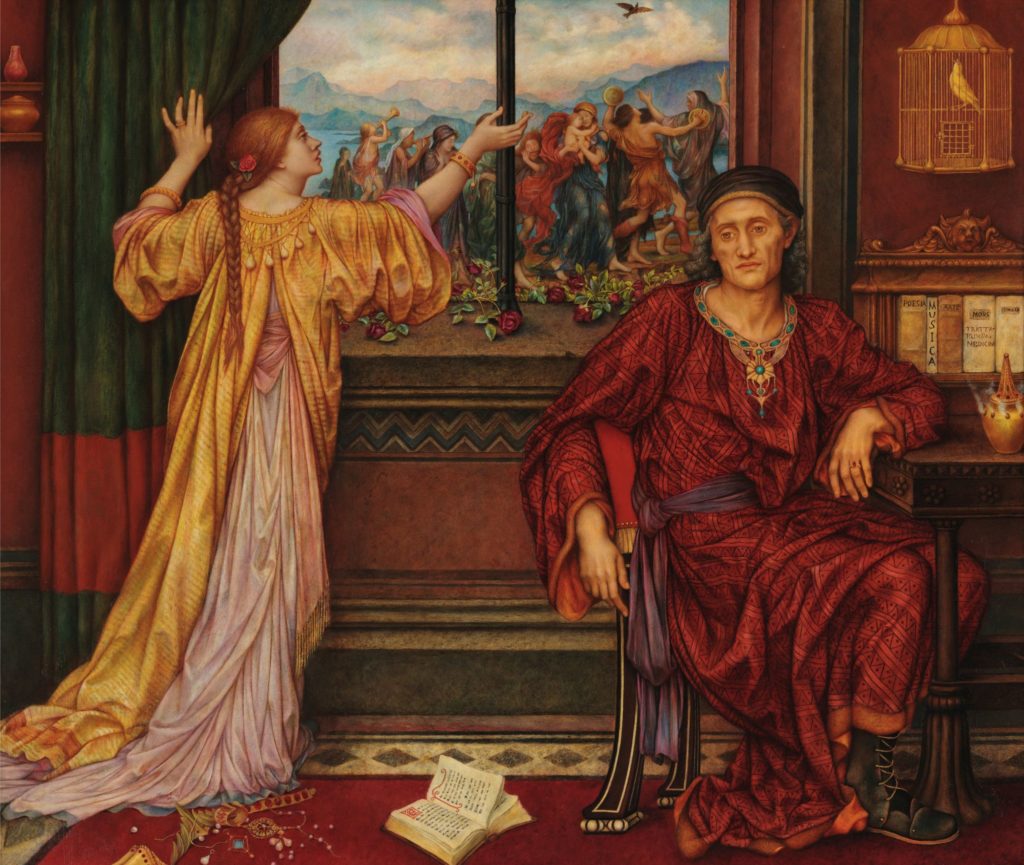 The picture has been the cornerstone of the exhibition The Enchanted Interior at the Laing Art Gallery in Newcastle, which explored the recurring art motif of women depicted in enclosed ornate interiors – the lure of the so-called ‘gilded cage’. It closed yesterday, but will reopen at the Guildhall Art Gallery in London on 14th March.

But what inspired De Morgan to create such an important feminist painting? Her and her husband William De Morgan were both ardent supporters of the suffrage movement which was gaining serious momentum at the time of this painting. Evelyn was a signature on the Declaration in Favour of Women’s Suffrage in 1898 and William eventually became the Vice-President for the Men’s League for Women’s Suffrage in 1913.

However, the specific imagery, likening the women to a pet canary in a golden cage, referenced popular culture to ensure that the message of the painting was easily understood by its contemporary audience. The 1903 musical The Cherry Girl featured a piece of music called The Little Yellow Bird. In it, a lowly sparrow lands on the window sill of an expensive house occupied by a wealthy family. A canary lives there in a marvellous golden cage and the sparrow falls in love. When the canary invites the sparrow to join her behind sparkling bars, the sparrow replies that he would rather, ‘brave the cold on a leafless tree, than a prisoner be, in a cage of gold’. Freedom is more valuable than any material wealth according to Evelyn De Morgan.

Unfortunately, no original recordings of the musical exist, but I have found this excellent clip of Angela Landsbury singing The Little Yellow Bird when it was included in a 1945 production of Dorian Gray.