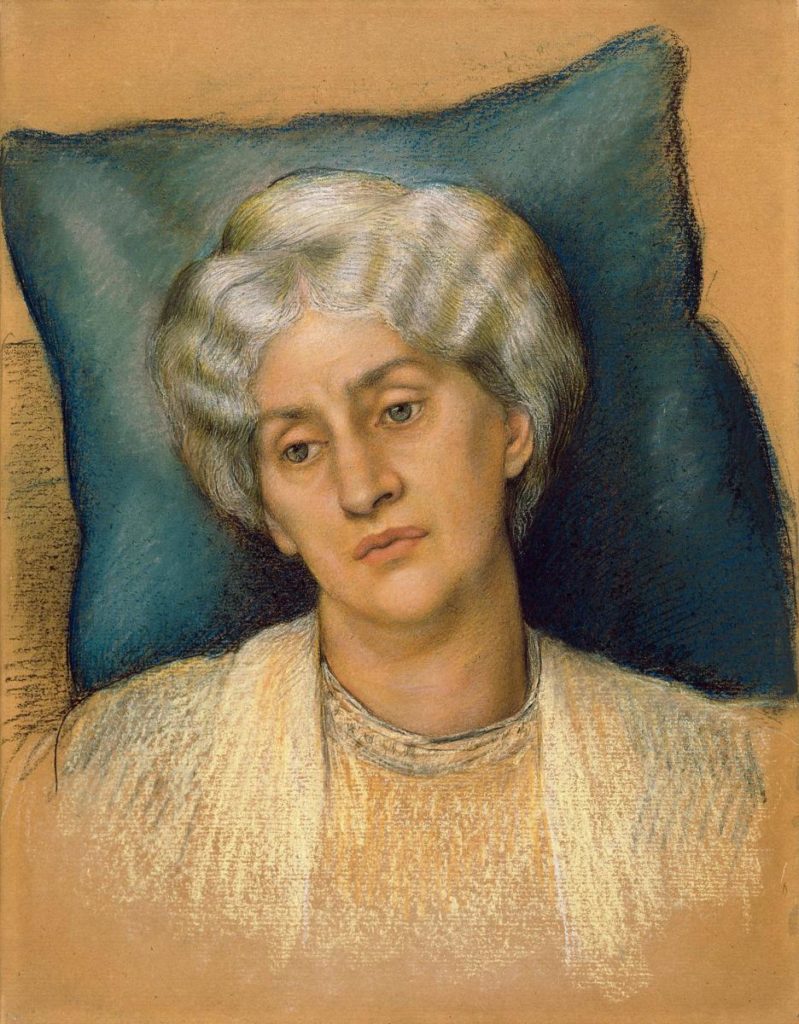 The De Morgan Collection has over 600 drawings by Evelyn De Morgan. These range from beautiful drapery studies, to life drawing from the nude model, to delicate watercolour landscapes. Evelyn De Morgan would meticulously study every aspect for inclusion in her paintings, by making sketches and pastel studies. This particular sketch is of great importance to the De Morgan Foundation’s collection, as it depicts a known sitter, Jane Morris.

Jane Morris (née Burden) was the raven haired, cherry lipped it girl of the Pre-Raphaelits. Married to chief arts and crafts protagonist William Morris, she slipped away from him as she fell for the extravagant Pre-Raphaelite dandy, Dante Gabriel Rossetti, becoming his model and muse. Evelyn De Morgan and Jane Morris were two women who were central to the artworks at the end of the 19th century. Not only did they celebrate their husbands’ and ensure their enduring reputation, but they excelled in their own fields, Evelyn as a painter and Jane as an embroiderer.

In this portrait, the women collaborate. Jane becomes a model for a picture which is a statement about time destroying beauty and material wealth, quite opposed to her position as a goddess of lust in Rossetti’s depictions of her. Evelyn De Morgan rarely painted portraits and so this picture demonstrates the strong bond between the two women.

This exceptional pastel drawing is currently on display at the National Portrait Gallery, in their exhibition “Pre-Raphaelite Sisters” which focuses on the female artists and figures who were central to Victorian avant-grade artwork. In addition, a full compositional drawing in pastel for the painting is on display, demonstrating Evelyn De Morgan’s working method and countless attempts to organise her intriguing ideas into beautiful compositions, before committing then to her jewel like paintings. 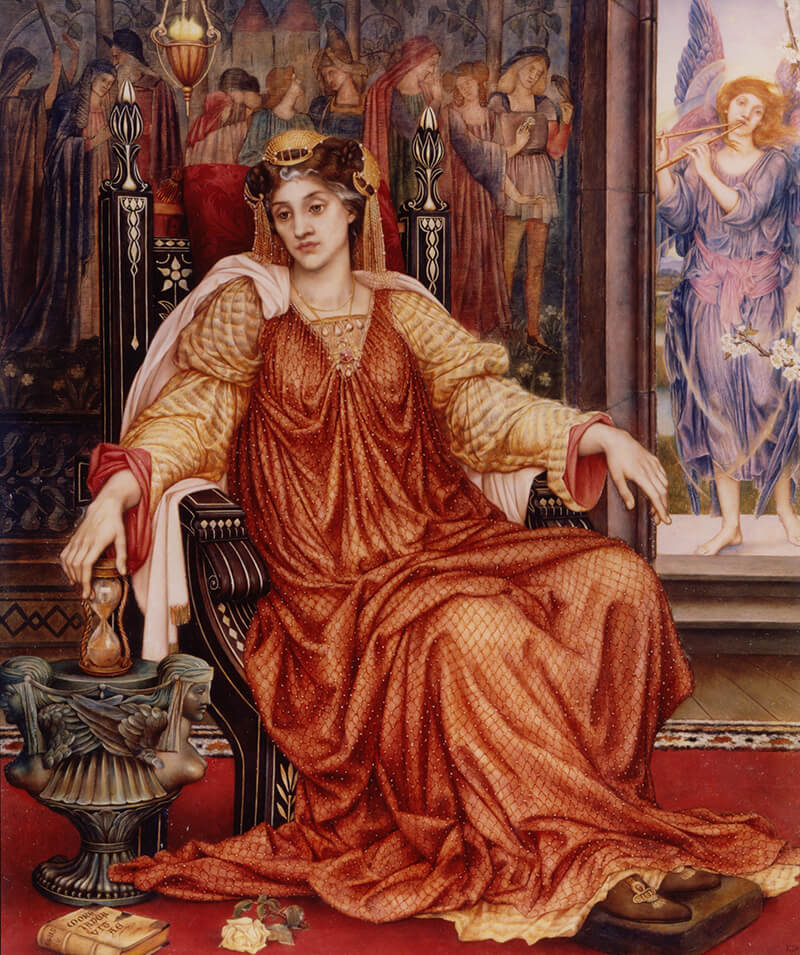