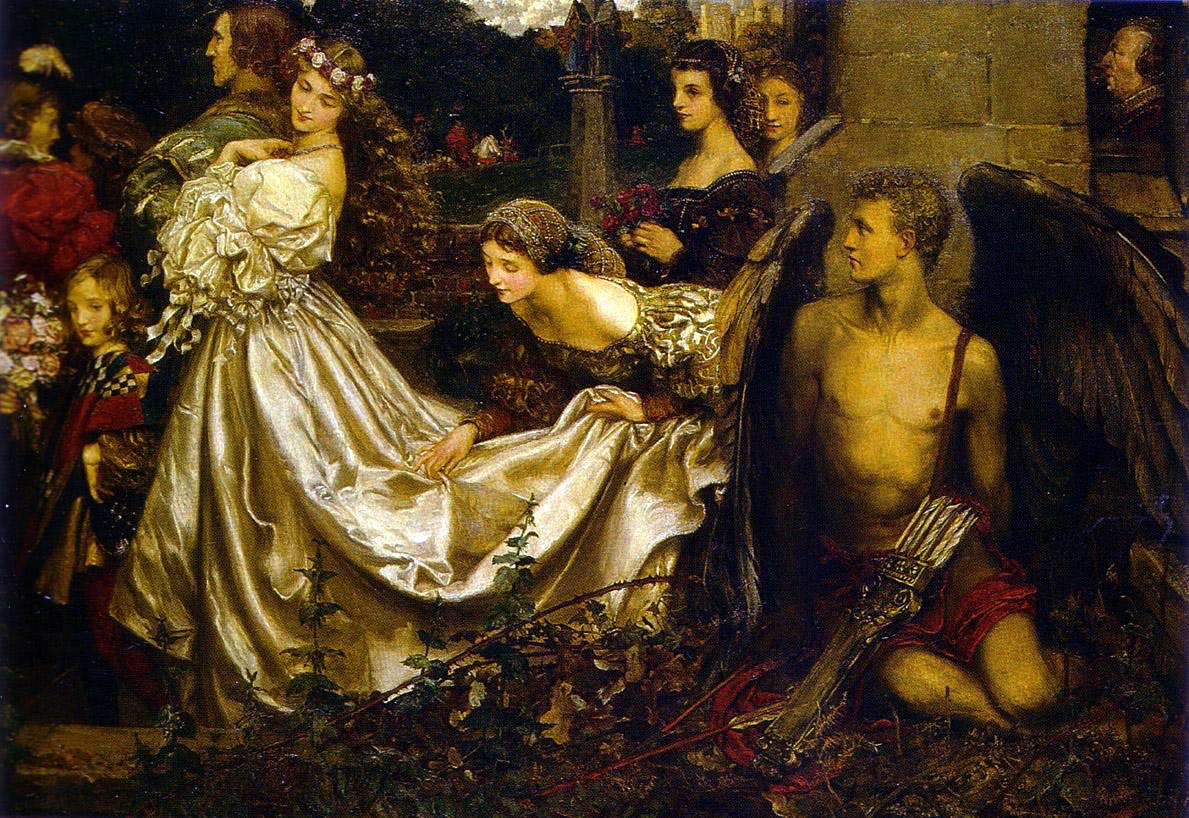 In conversation with De Morgan Curator Sarah Hardy, esteemed Pre-Raphaelite scholar Pamela Gerrish Nunn will discuss the influences and similarities of the work of Fortescue Brickdale and De Morgan at the end of the 19th Century. By the 1890s, De Morgan was a well established and commercially successful artist, whereas Fortescue Brickdale was just beginning her career. During this decade, De Morgan’s paintings changed dramatically from an aesthetic to a late-Pre-Raphaelite style, whilst Fortescue Brickdale was working her way through the legacy of Pre-Raphaelitism, inventing complex compositions in bright, bold colours. By the end of the century, the two women’s paintings had become close in intent and substance, reflecting the troubles of the society around them, through medieval imagery, and aspirational mythological figures. Their work developed again in the early 20th century, using distinctive means of representing the challenges of the human condition. How these women’s very different ages, lives, and art educations resulted in such shared ambitions, and how these aims were manifested in their work, are questions this talk aims to answer.

Dr Pamela Gerrish Nunn began her career as a historian of women’s art in the late 1970s, and has brought many women’s names into the roll-call of Victorian art with her publications, conference papers and curation. In 1989 she moved to New Zealand, teaching at the University of Canterbury (Christchurch) for twenty years. She is the author of the only modern publication on Eleanor Fortescue-Brickdale (1872-1945), one of the most prominent third-wave pre-Raphaelites.

Please donate £5 or more if you can to the De Morgan Foundation to raise vital funds in this difficult year.