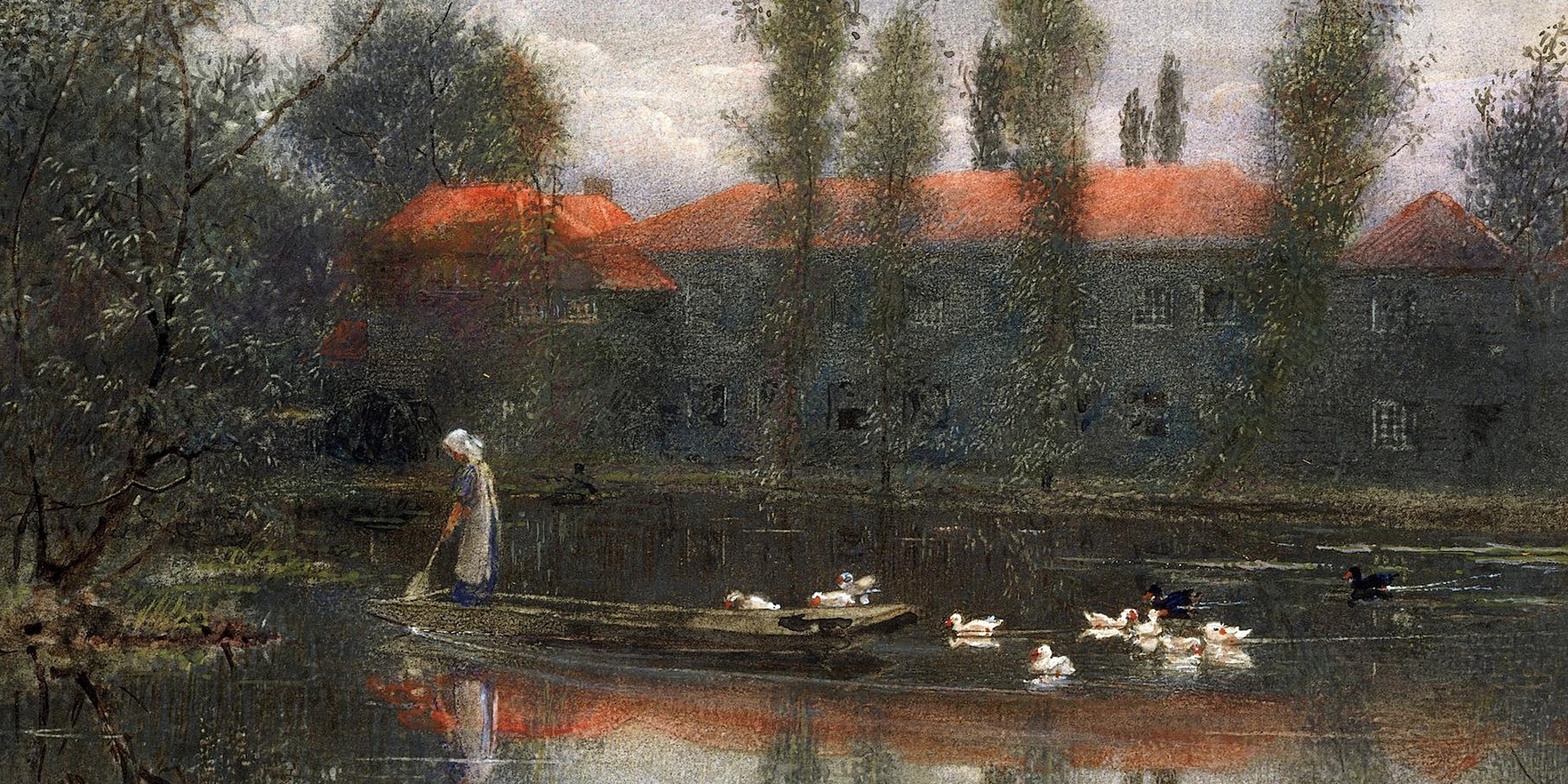 Morris and De Morgan described the factory at Merton as a ‘Fictionary’ as the location was so idyllic, like a work of fiction to them.

By the 16th century the wider Merton area was already known as a base for hard-working craftsmen with skills associated with the textile and clothing industry, most notably the migrant workers from France known as the Huguenots. By the late 18th century the River Wandle and its mills had attracted felt hat-making, fulling and cloth dyeing, silk weaving and wig-making among many others. It was therefore no surprise that William Morris, the greatest artist-craftsman of the Victorian period, should lease a 7 acre site at Merton Abbey by the Wandle in 1881, taking over an existing works. He moved his successful and expanding business from Bloomsbury in Central London and set up more spacious workshops in Merton. A neighbouring site was owned by Littler & Co since 1877, producing printed silks for Liberty’s of Regent Street.

William De Morgan, encouraged by his close friend, also moved out to Merton in 1882, giving him the space to throw pots and vases of his own design for the first time.

We are delighted to welcome John Hawks to give a brief account of the phenomenal multi-talented Victorian designer and his works at Merton Abbey.

John Hawks escaped from a career in advertising in 1988 and launched Merton Abbey Mills on the River Wandle, historic buildings that were once Liberty’s silk printing factory,and 200 yards upstream from the site of Morris’s works.  He now keeps out of mischief as a Trustee of the Wandle Industrial Museum, Vice Chair of Merton Priory Trust, a Director of Wandle Heritage Limited, and a member of the Wandle Valley Forum.