William and Evelyn De Morgan were regular visitors to the Watts Gallery Artists’ Village in Surrey, when it was the countryside studio-home of their friends Victorian artist, G. F. Watts and his esteemed potter wife, Mary Watts, where the foursome would talk for hours about art and politics.

“Mrs De Morgan is here, our only visitor. Signor (G.F. Watts) lay in the niche & talked of the change that might be wrote for mankind, were he but to realise that his present ideal is all for self, self advancement, & chiefly by money getting for self, & instead was to fix eyes upon the grand universal idea of helping all to reach a happier & better state of things. A heaven might really dawn upon earth”

The New Testament description of want and greed for material wealth was personified as an overweight, ruddy faced deity, therefore aligning the worship of wealth as a choice over spiritual enlightenment. G. F. Watts presents a young couple who have followed Mammon and met their downfall. The woman is strewn across Mammon, in a fashion that presents her as fallen women or prostitute, certainly as one who has chased materiality. The skulls behind Mammon warn of the fate for those who follow wealth over spirituality. 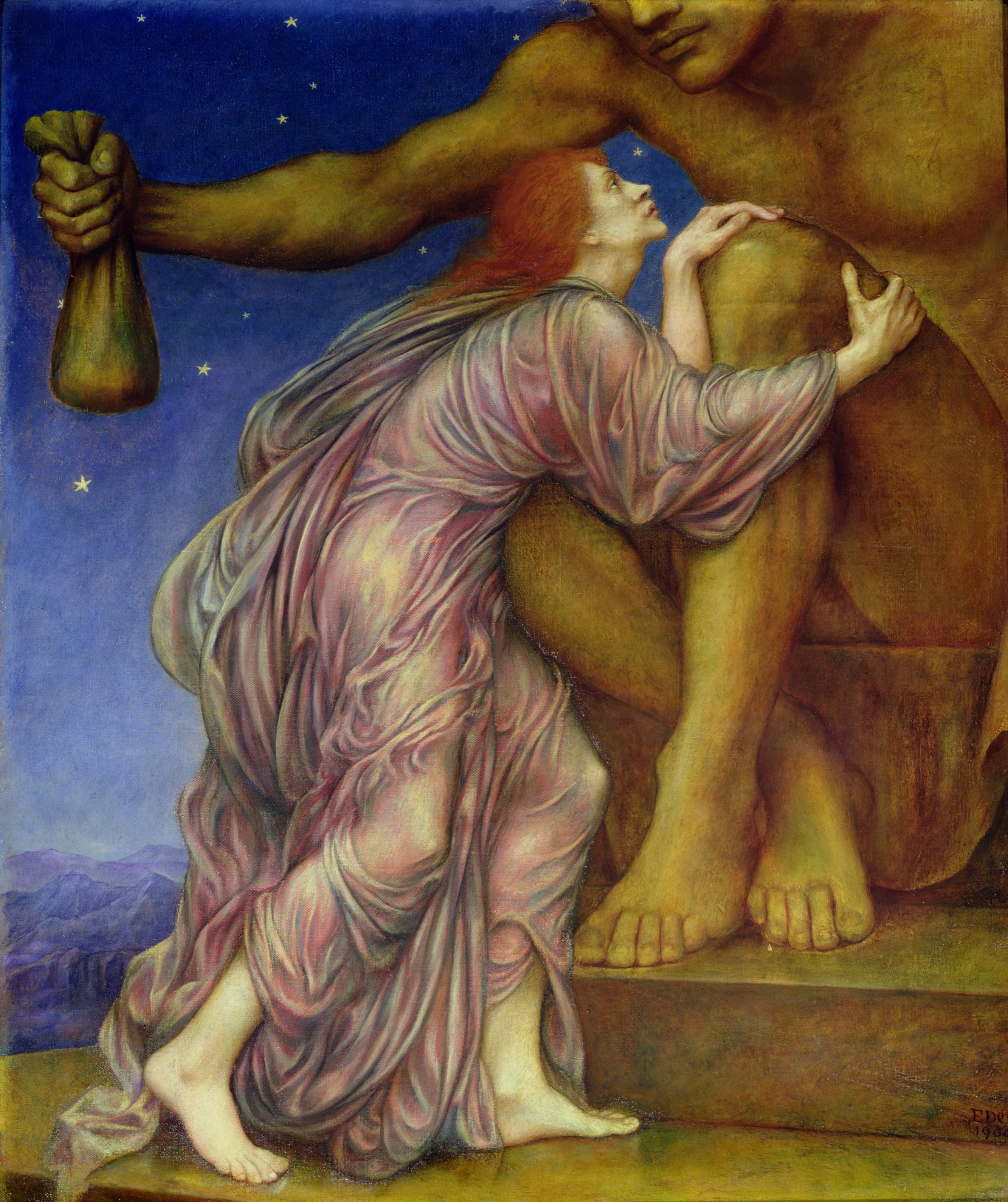 The Worship of Mammon (1909) by Evelyn De Morgan

Evelyn De Morgan presents greed differently. Cut off from the main frame, overwhelming yet partially hidden, not quite human, not quite something else. She has expertly used this clever cropping technique to present the omnipresence of greed and longing in human nature. The mortal in her canvas is at the centre of the action, a reminder to all of us that we should act as G. F. Watts prescribed and focus on a ‘grand universal idea of helping all’ rather than ‘money getting for self’.

William De Morgan and Mary Watts were more interested in the design and making process of their artworks. Both set up their own potteries and adapted kilns to create their decorative ceramics and terracotta artworks. In her paper for the Village Life After the War conference in 1917, Mary acknowledged that the first ‘small kiln was built under the kind supervision of Mr. William De Morgan’.

The De Morgan exhibition ‘Design or Devotion?’ at the Watts Gallery – Artists’ Village looks at the work of Evelyn and William De Morgan in relation to their differing views on Spiritual expression on art.

Couples are often seen as ensembles. In their politics, Evelyn and William De Morgan abided by this. However, in their art, they parted ways. Evelyn’s meaningful Spiritualist pictures differ greatly from William’s purely decorative appropriation of global culture and aesthetics. This exhibition invites you to observe their artwork and to consider what, where and why certain motifs and symbols appear in Evelyn’s paintings and William’s ceramics. Looking at the lives and works of the De Morgans, we can compare the routes of design and of devotion taken by each artist. 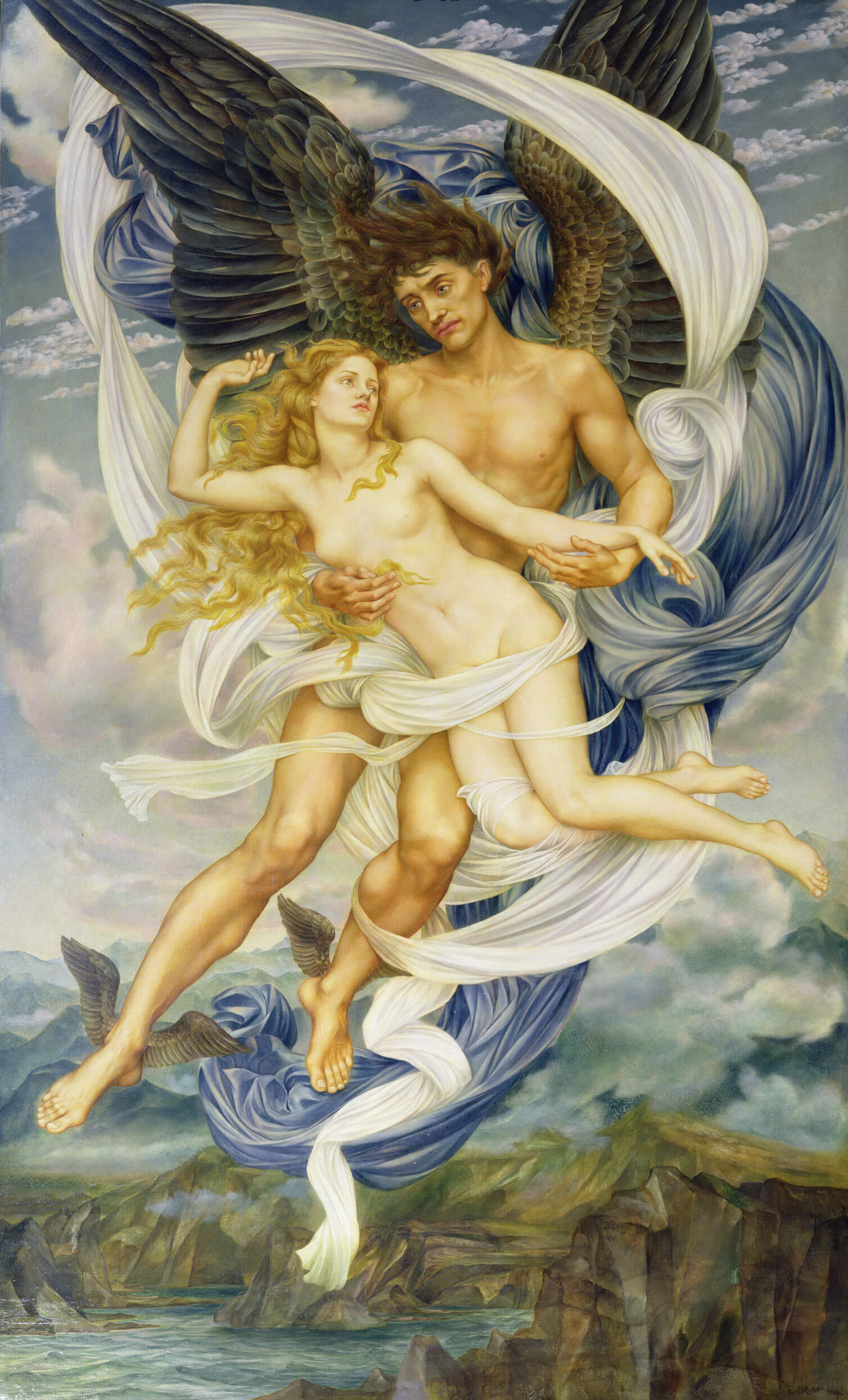