The Art of Music

Next time you’re in a gallery or even just scrolling through Twitter, take two minutes to listen to the painting. The rustle of leaves in a landscape, or the rhythmic beat of sea on shore in a seascape, the rustle of satin in a 16th-century  lady’s dress. It is an amazing way to deepen your understanding of the mood of the piece. 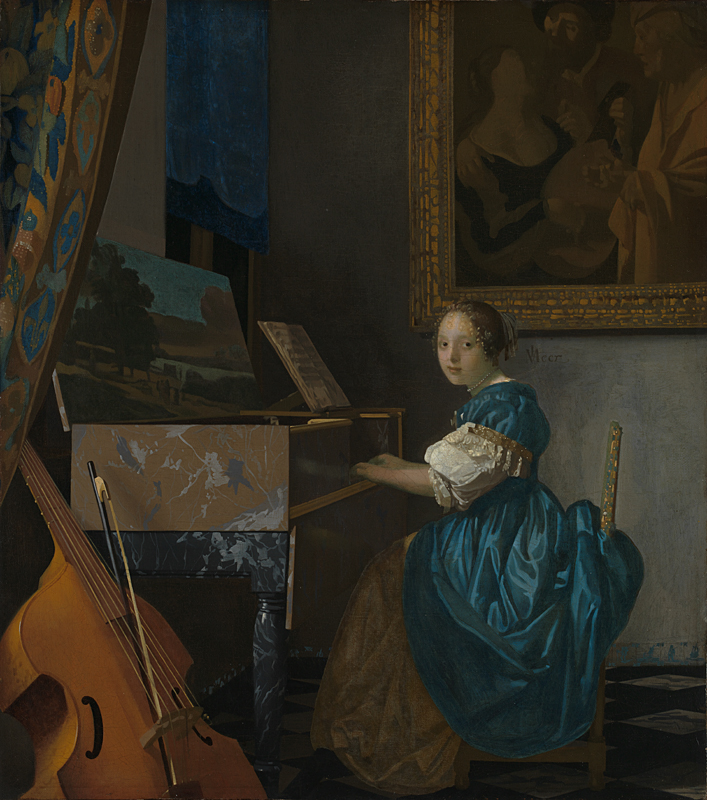 Johannes Vermeer, A Young Woman seated at a Virginal (about 1670-2)

I first started listening to paintings after seeing the brilliant exhibition ‘Vermeer and Museum’ at the National Gallery in 2013. Although it seems obvious in the Dutch artist’s paintings of women playing music, I had never thought to imagine the harmonies and melodies I might have if I’d witnessed the scene portrayed. To me, Vermeer is an artist who captures light and life and in his Young Women at a Virginal, I was struck by the sheer satin dress and delicate lace scrutinised by the light falling on her from the window just before we entered the scene and interrupted her playing. I have never thought to listen to the delicate tinkle  of the music, the gentle echoes in the tiles chamber, or the discordant clang on the keys as her play is disturbed. It was also inspiring to hear music from the period played by skilled musicians in front of the pictures in special events. I always take headphones to exhibitions now and listen to scores contemporary to the artworks. 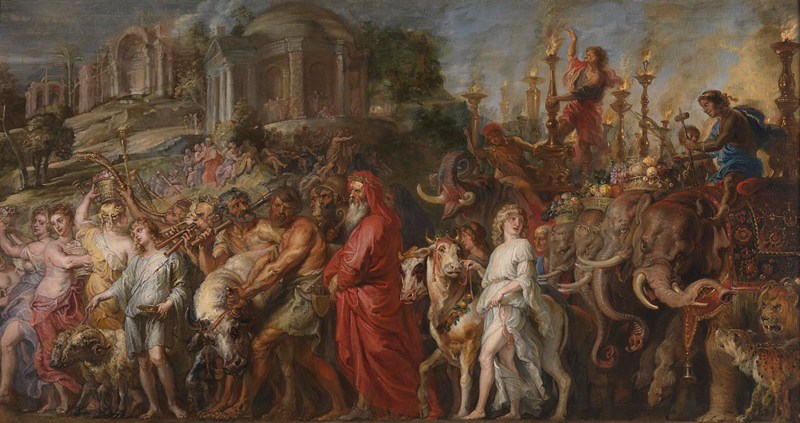 Painting music wasn’t exclusive to Vermeer and the other Dutch artists who followed his lead. Master of the Baroque period, Peter Paul Rubens, made his pictures as loud as he did dramatic. Although it’s easy to focus on the rounded forms of realistic flesh depicted in his A Roman Triumph. Golden cow horns blow out over the piercing flutes played by Bacchanalian revellers, whilst the tinkle of the animals’ bells and din of their lowing is drowned by a rearing elephant crying out in alarm.

Victorian and Pre-Raphaelite painting goes beyond embedding music in painting through obvious signifiers, to evoke tunes through expression. Evelyn De Morgan’s painting The Cadence of Autumn is explicit about this intent through the heavily suggestive title. The stationary humanised form of Springtime on the far left stands apart from the other figures, a treble clef setting the score for the piece. Read from left to right like sheet music, the figures touch, curl and rise towards the crescendo of winter and her billowing winds. 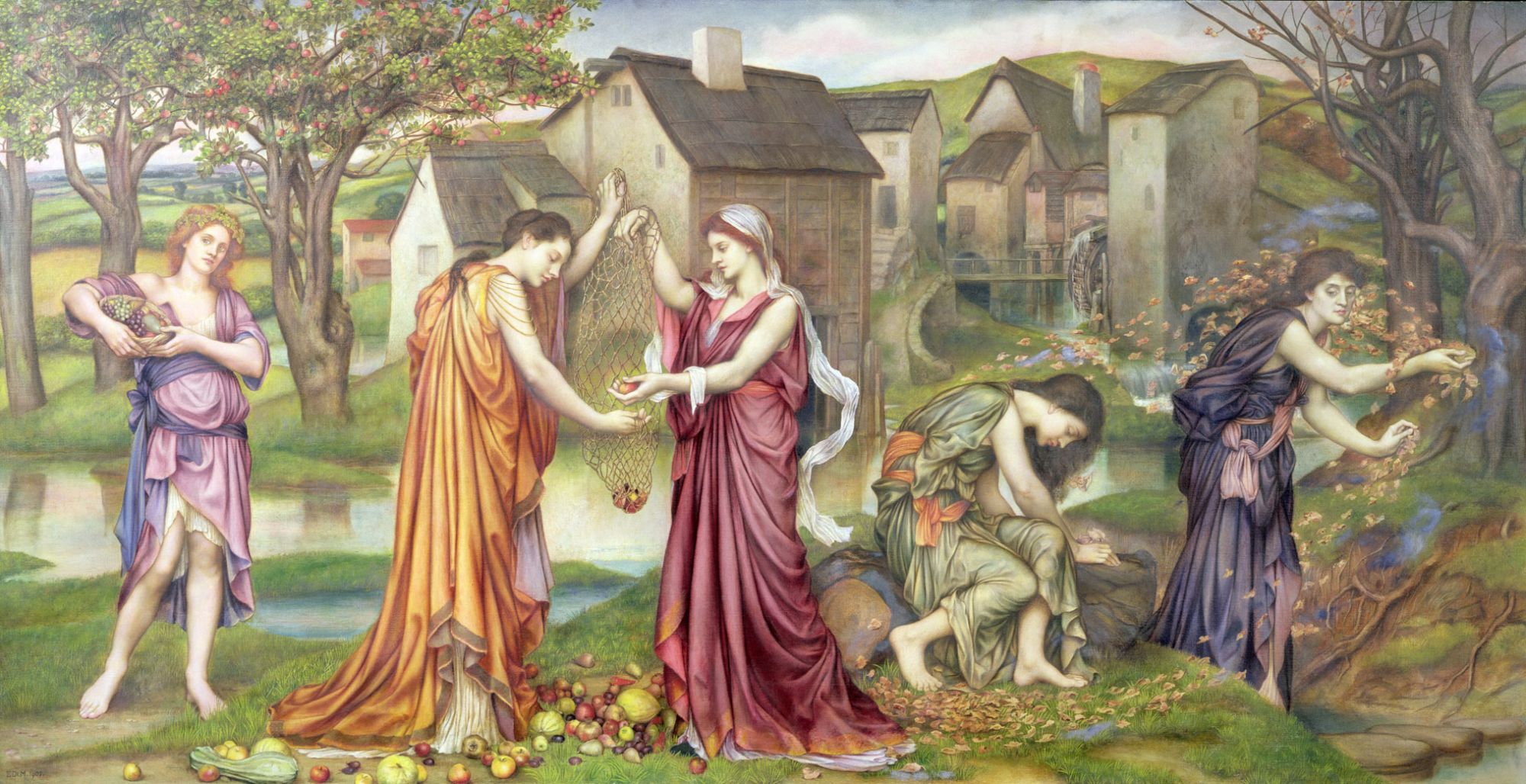 More graphic cases exist from the same period, notably Edward Burne-Jones’s woodblock illustrations for the Kelmscott Chaucer, a book of all of the works of the Medieval poet Geoffrey Chaucer published at his friend William Morris’s private printing press in 1898. Emphasising the pace of the epic poem they accompany, Burne-Jones’s illustrations more from static forms to being filled with music. This rendering for the Romaunt de la Rose was identified by the historian Bill Waters as one which almost depicted sheet music. 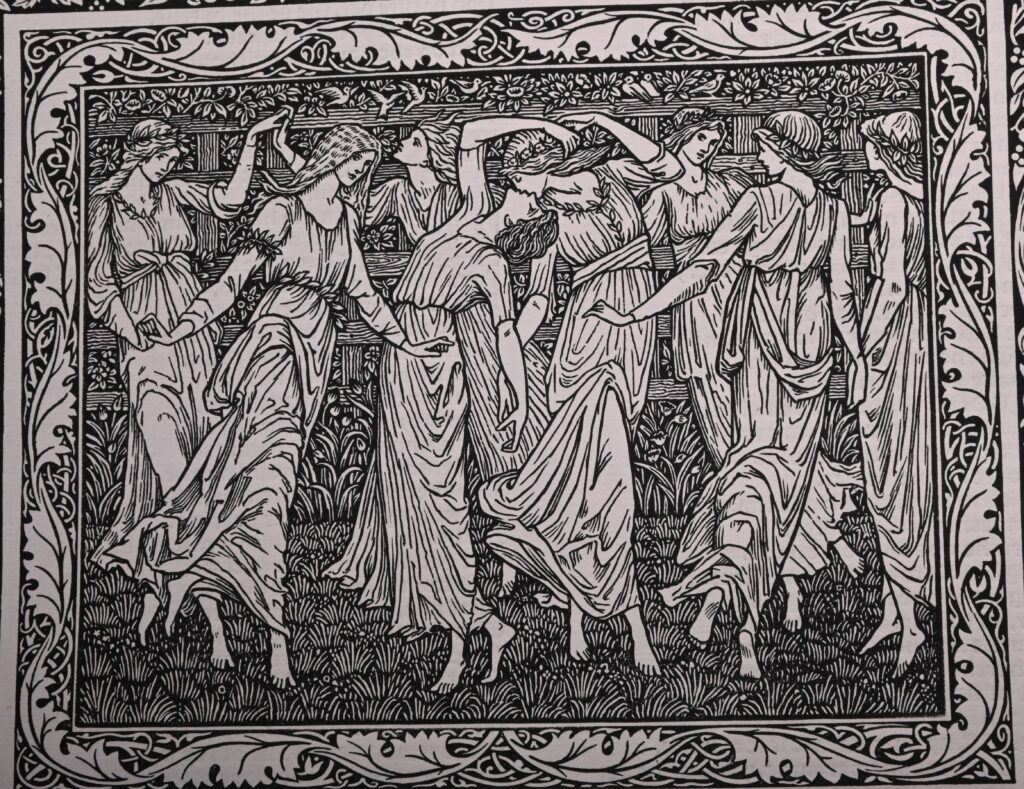 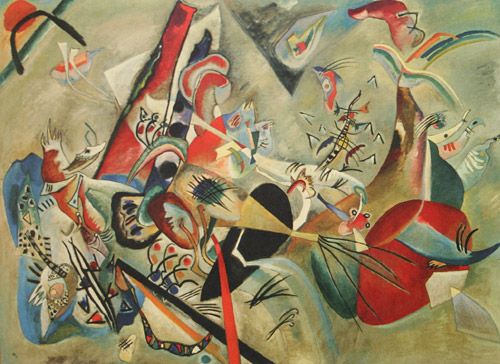 Musical artworks peaked with the work of Wassily Kandinsky, the Russian-boarn artist who would go on to teach at the Bauhaus School in Germany. Hearing colour and painting sound was central to his painting, as he attempted to share with others his intense desire to free art from narrative. He began giving his pictures composition titles in 1911 which freed him from constraints of subject to create vast colourful abstractions.

He said, “the sun melts all of Moscow down to a single spot that, like a mad tuba, starts all of the heart and all of the soul vibrating. But no, this uniformity of red is not the most beautiful hour. It is only the final chord of a symphony that takes every colour to the zenith of life that, like the fortissimo of a great orchestra, is both compelled and allowed by Moscow to ring out.”