If you haven’t made it to Bournemouth to see Sublime Symmetry yet, don’t put it off any longer! This brilliant exhibition combines learning mathematics with the visual arts and makes a great trip for all of the family. 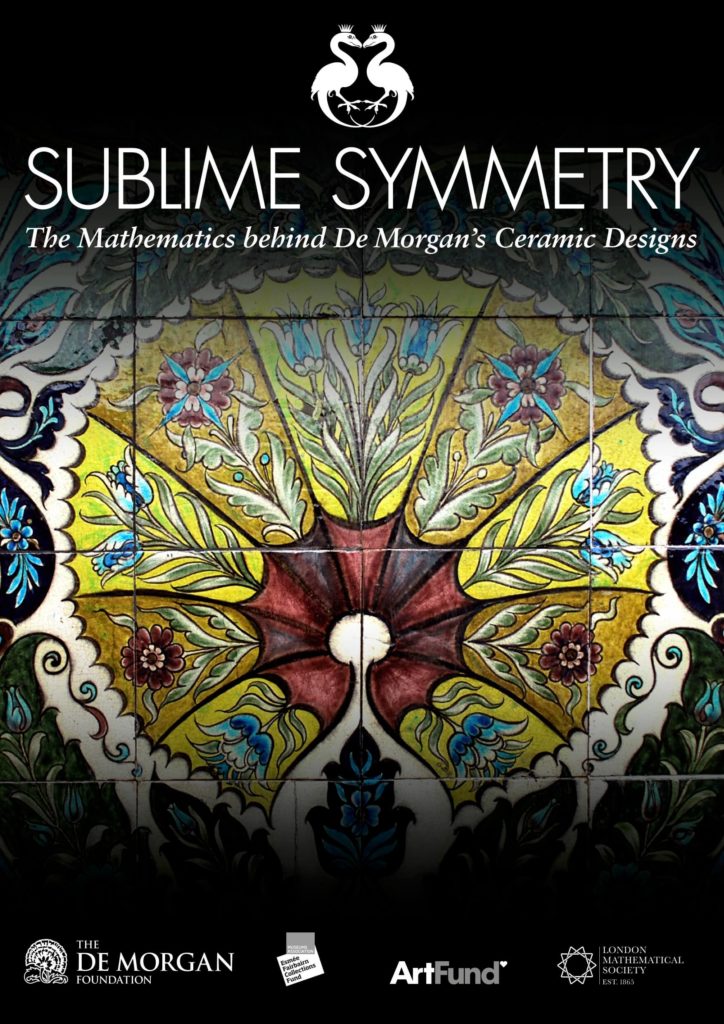 Fan Tile Panel (probably 1888 – 1907) is an explosion of ochre yellow over an Islamic inspired floral arrangement. The design is ambitious, the symmetrical yellow fan and deeper blue and black ornaments ensure that the motifs can be horizontally repeated with precision and beauty. Such is De Morgan’s commitment to the structured organisation of the design around symmetry, he has even ensured that the fold of the leaves of the tulips on each segments of the fan are a mirror to that of the tulip on the opposite segment. It is for this reason that I choose this image to be the lead image for De Morgan touring exhibition ‘Sublime Symmetry’, which celebrates William’s interest in mathematics and his use of geometry in his beautiful ceramic designs.

Augustus De Morgan, William’s father, was one of the most celebrated mathematicians of the Victorian period. His theories on logic, particularly De Morgan’s Law, are still widely used in the subject today. In William De Morgan’s semi-autobiographical novel Joseph Vance, the protagonist’s father too is a mathematician and William explains how he sat on his father’s knee being read Euclid’s Book I as a child, which is most likely an anecdote from his own childhood. In 1847, Oliver Byrne published a lavish version of this ancient Greek text on linear geometry, with four-colour woodblock handprinted illustrations. Perhaps it was this version that Augustus showed William, sparking his young son’s interest in the intersection of mathematics with art and beauty. So entranced was William by Euclid’s geometry, he once commented that Book I was ‘greatest novel in literature’.

William trained to be an artist at the Royal Academy Schools, after initial training with Stephen Francis Cary at his school in Bloomsbury. Here, he was taught classical proportions and how to draw with perspective. These mathematical elements stayed with him once he quit the School and began working as a designer of stained glass and then of ceramics. 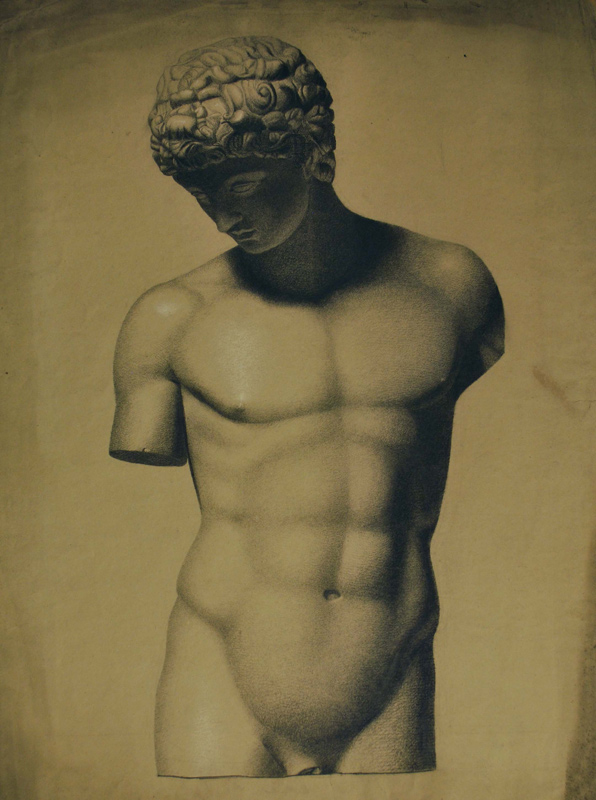 The Fan Tile Panel is from later in De Morgan’s ceramic career and was designed to decorate a tiled walkway on a P&O cruise ship, with whom De Morgan & Co. worked for many years. This is perhaps why the piece is unusual for De Morgan in its colouring, with yellow and manganese being key elements to the design to emulate the Mediterranean where the ships would sail to.

The Fan Tile Panel is on display until 2nd February 2020 at the Russell-Cotes Art Gallery in Bournemouth in the Sublime Symmetry exhibition. 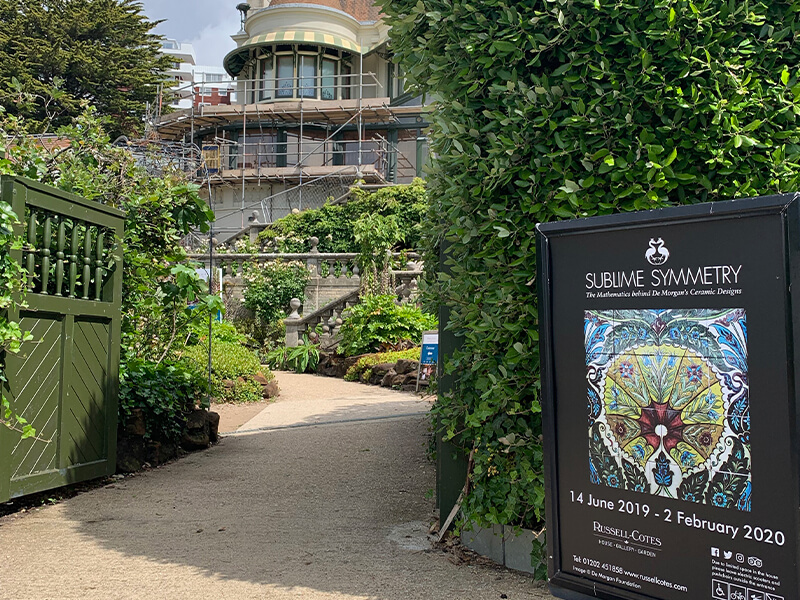