“This is truly one of De Morgan’s most accomplished designs” says Director of the De Morgan Museum, Sarah Hardy, in this week’s blog. 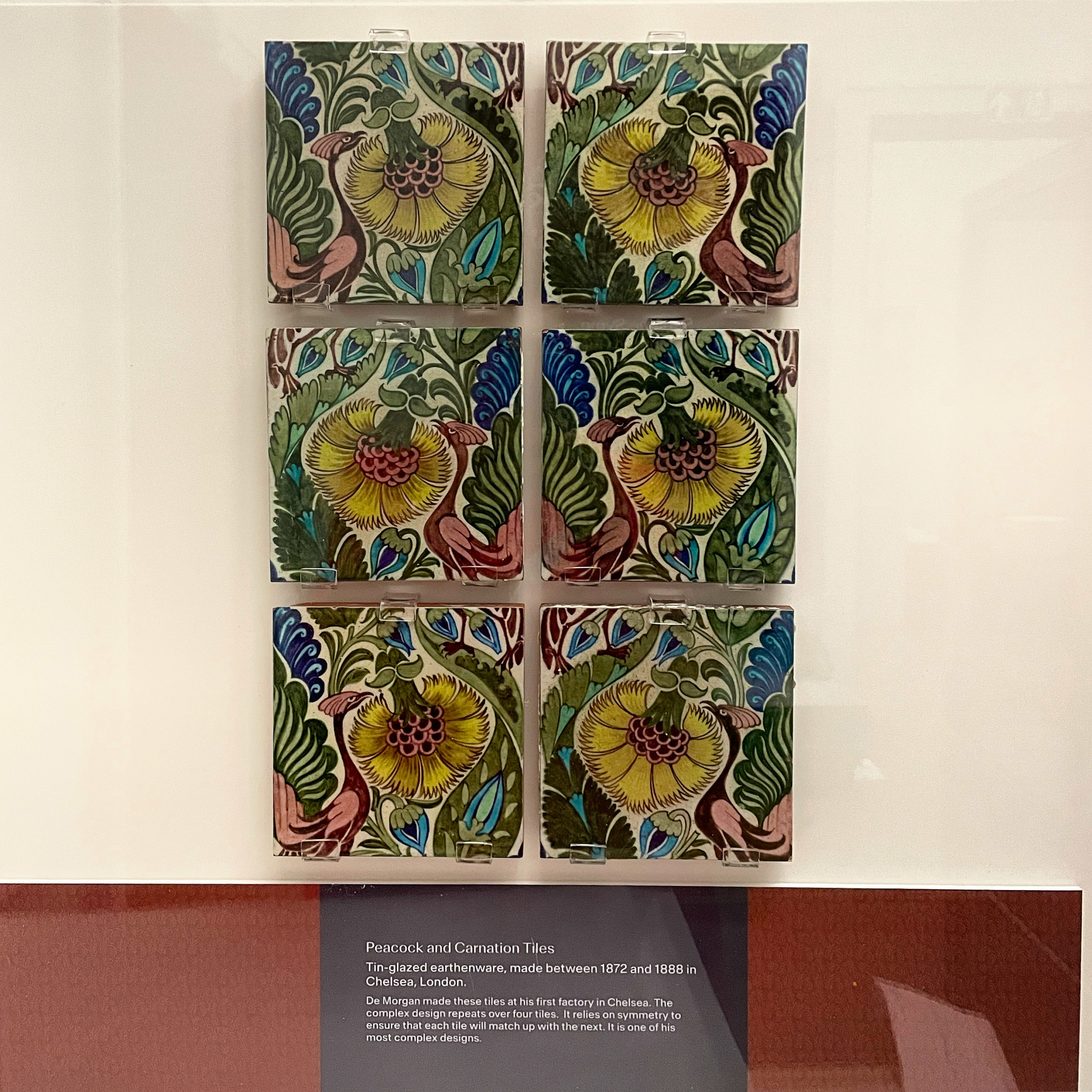 Next week, we say goodbye to the marvellous exhibition ‘Sublime Symmetry’ at the Lady Lever Art Gallery, Port Sunlight, Wirral. Although this exhibition pops-up at different museums and galleries, each has its own personality. At Lady Lever, I loved the display of William De Morgan’s Flamingo and  Carnation Tile (c.1880) which were mounted in a special display case so that the individual tiles were presented so the pattern could be seen. This is truly one of De Morgan’s most accomplished designs and it really benefitted from this display. It allows you to see how the master pattern maker William De Morgan had his idea for this wonderful meandering arrangement of yellow carnations and pink flamingoes, but then had to work out how the design would be sectioned into rigid, restrictive squares in order it could be mass-produced.

As you can see from the photo below, these tiles are displayed next to some of De Morgan’s earlier tile designs which work within the restraints of the square tile, rather than relying on the repeat of tiles to create a pattern. His confidence clearly grew as his business did to allow him to create these more ambitious designs later in his career.

The reverse of these tiles are stamped with the ‘Merton Abbey’ stamp. On the banks of the River Wandle in South London, Merton Abbey was an idyllic place to open a factory for handmade furniture and crafts. De Morgan moved here in 1882 to be near his friend and collaborator William Morris. Working alongside Morris’s designers and producers clearly influenced De Morgan and showed him the possibilities of pattern making. 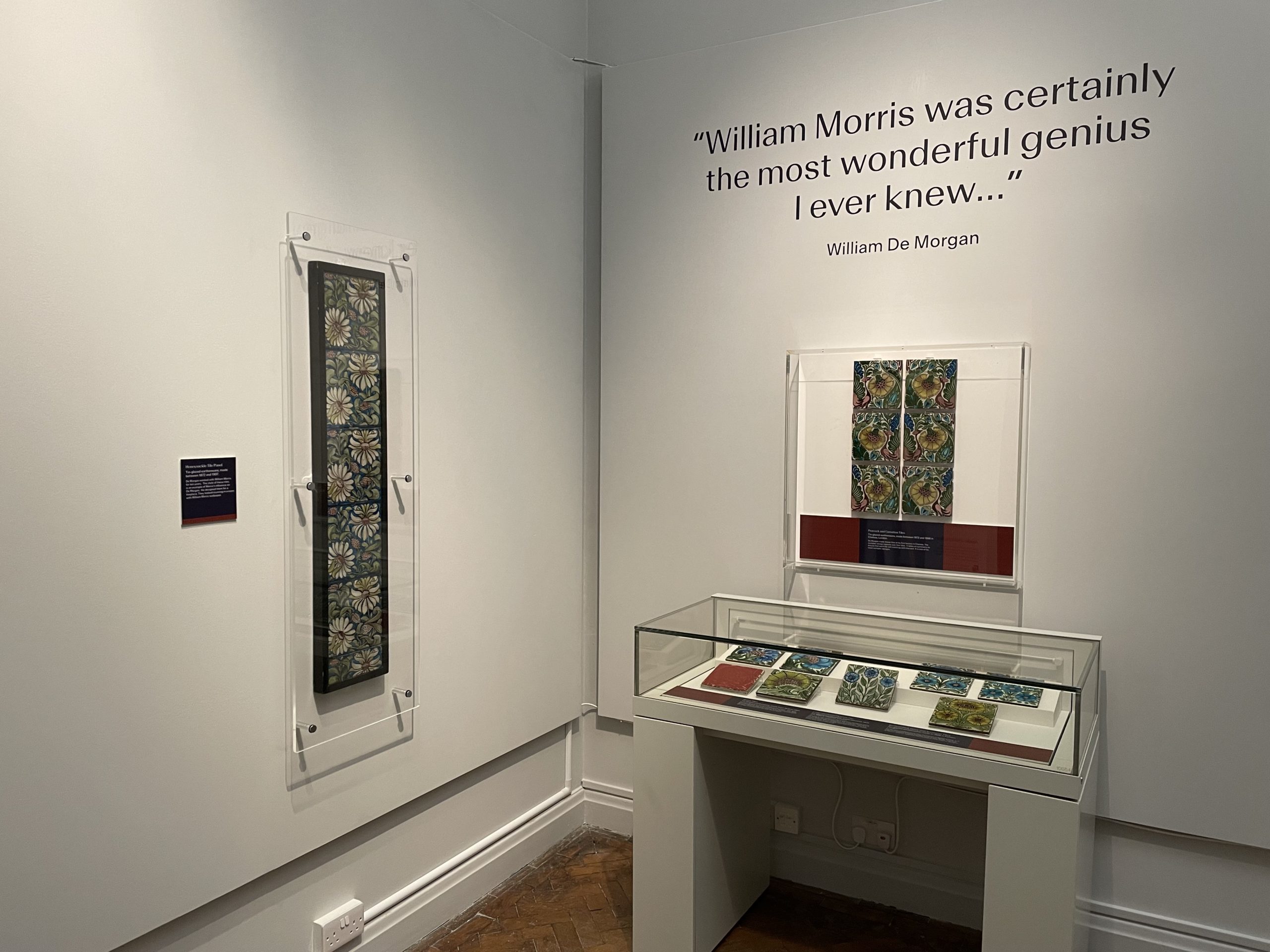