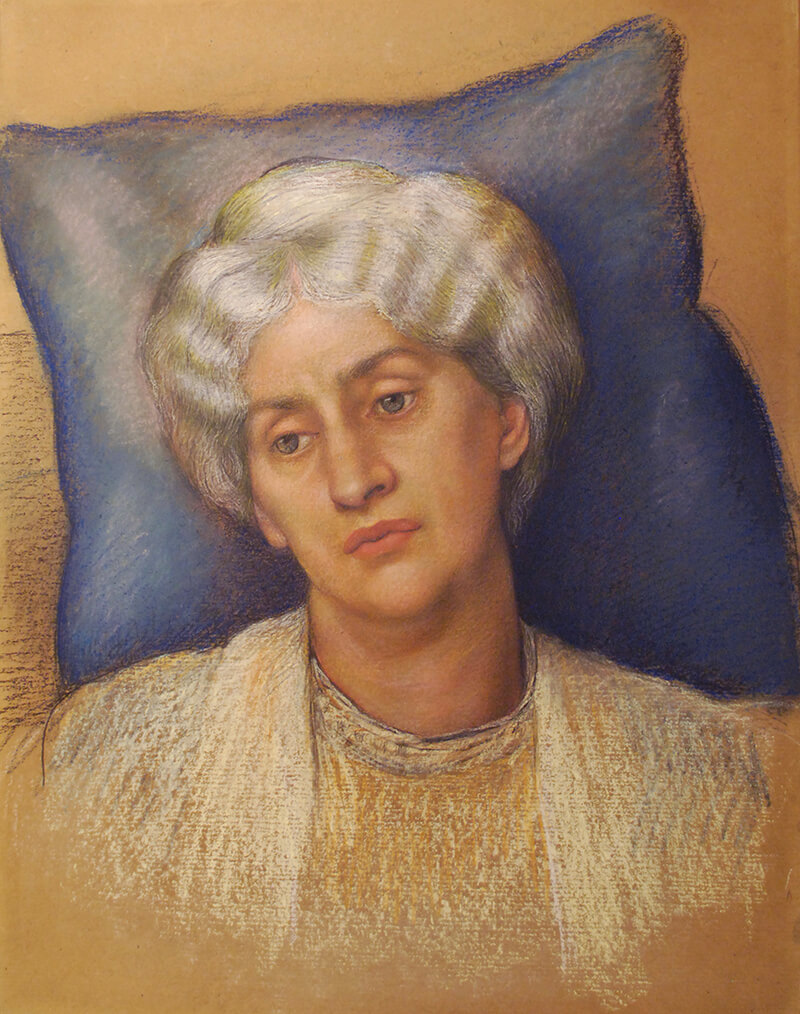 Evelyn De Morgan visited Kelmscott Manor in the early 20th century with one clear objective, to use Jane Morris as her muse. Despite following so clearly in Rossetti’s footsteps, her intentions as a radical feminist artist were quite different. Jane Morris sat as an elderly woman for Evelyn’s beautiful and undeniably Pre-Raphaelite painting The Hourglass (1905).

Join De Morgan Curator Sarah Hardy to discover how Evelyn De Morgan’s use of this Pre-Raphaelite stunner as a model allowed her to depict the passing of time away from the art of a brotherhood towards a brighter, feminist future.

Sarah Hardy is a Victorian Arts & Crafts specialist who has worked at the Fitzwilliam Museum in Cambridge, the National Gallery and the British Library, and is currently Curator-Manager of the De Morgan Foundation.