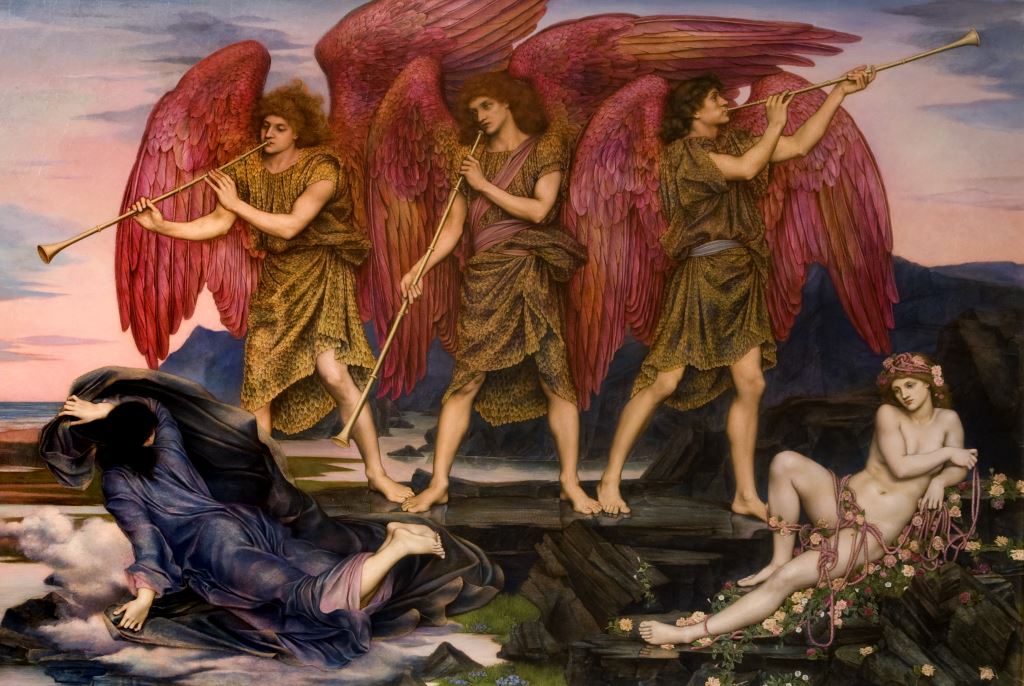 Evelyn De Morgan was a dreamer. A visionary artist with ambition to commit her ideal world to paint and canvas in order to share it with others.

She was a Spiritualist, who believed that the immortal soul progressed through human life, to be emancipated at the death of the body, and reborn into the next life. This is a difficult idea to communicate, and an even harder one to paint. De Morgan used the motif of the passing of time from day to night to allow her to simply convey her message by aligning it with an easily recognisable and palatable one.

Just as day passes to night, life passes to death. But just as night only brings sleep before a reawakening, so does death, and the soul will pass to eternal life. By using the motifs of day, night, and dawn in her pictures, she successfully communicates her Spiritualist message.

De Morgan’s depiction of dawn ranges from personifying this triumphant rebirth as a band of trumpeting angels, to abstracting it as a rainbow mist, blurring the lines between reality and her ideas even further.

In Aurora Triumphans in the Collection of the Russell-Cotes Art Gallery, De Morgan depicts dawn as three athletic young male angels, who dominate the canvas, reducing female night and day to incidental decoration. Unusual for an artist better known for glorifying the female form. 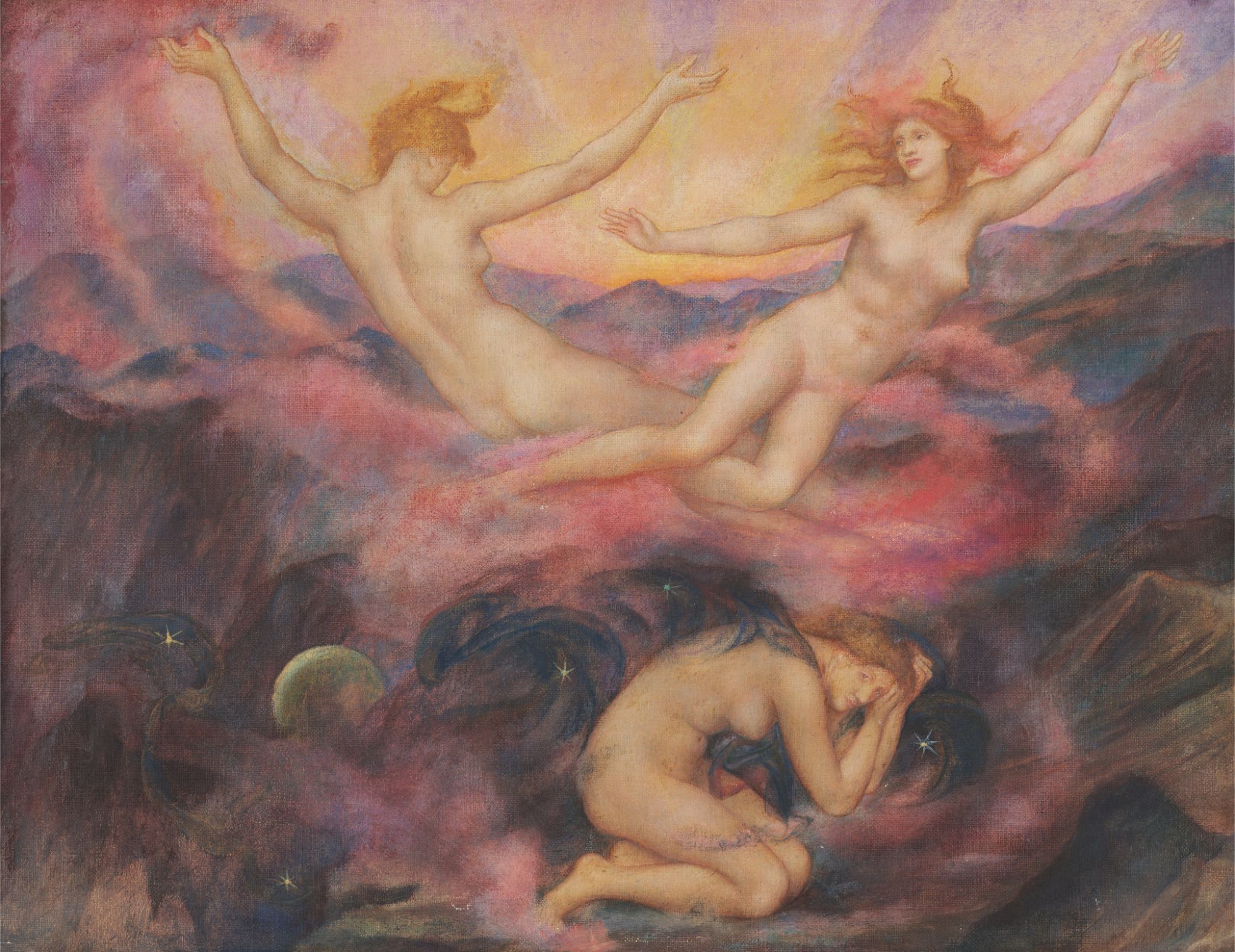 In her painting Night and Dawn in the De Morgan Collection, the Night crouches at the bottom of the picture, as if about to sleep, her dark head pillowed on her hands, surrounded by the moon and stars and night sky. Above her rises Dawn, in the shape of two young women, surrounded by the colours of the sunrise, and wearing golden diadems. The rays of the rising sun illuminate their golden hair. This picture is more abstract, the rainbow mist a metaphor for the human soul, which makes it closer to her Spiritualist vision than the earlier work in the Russell-Cotes Collection.

You can now visit all of De Morgan’s dawns on Art UK, the country’s premiere online catalogue of artworks in public collections.