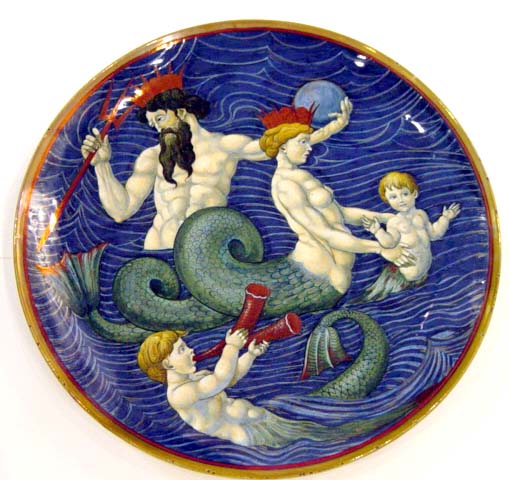 
Earthenware polychrome charger with lustre decoration. Depicting the merman Triton with his queen and offspring.

In Greek mythology, Triton is the son of Poseidon and Amphitrite and lives with them in a golden palace in the depths of the sea. He rides the waves on horses and sea monsters and he carries a twisted conch shell, upon which he blows either violently or gently, to stir up or calm the waves. Triton is represented as having the body of a man with the tail of a fish, but sometimes also with the forefeet of a horse.

In later times there was a multiplicity of Tritons, each attending the various divinities associated with the sea.

One of 4 pieces in the De Morgan collection linked with the Cantagalli workshop.