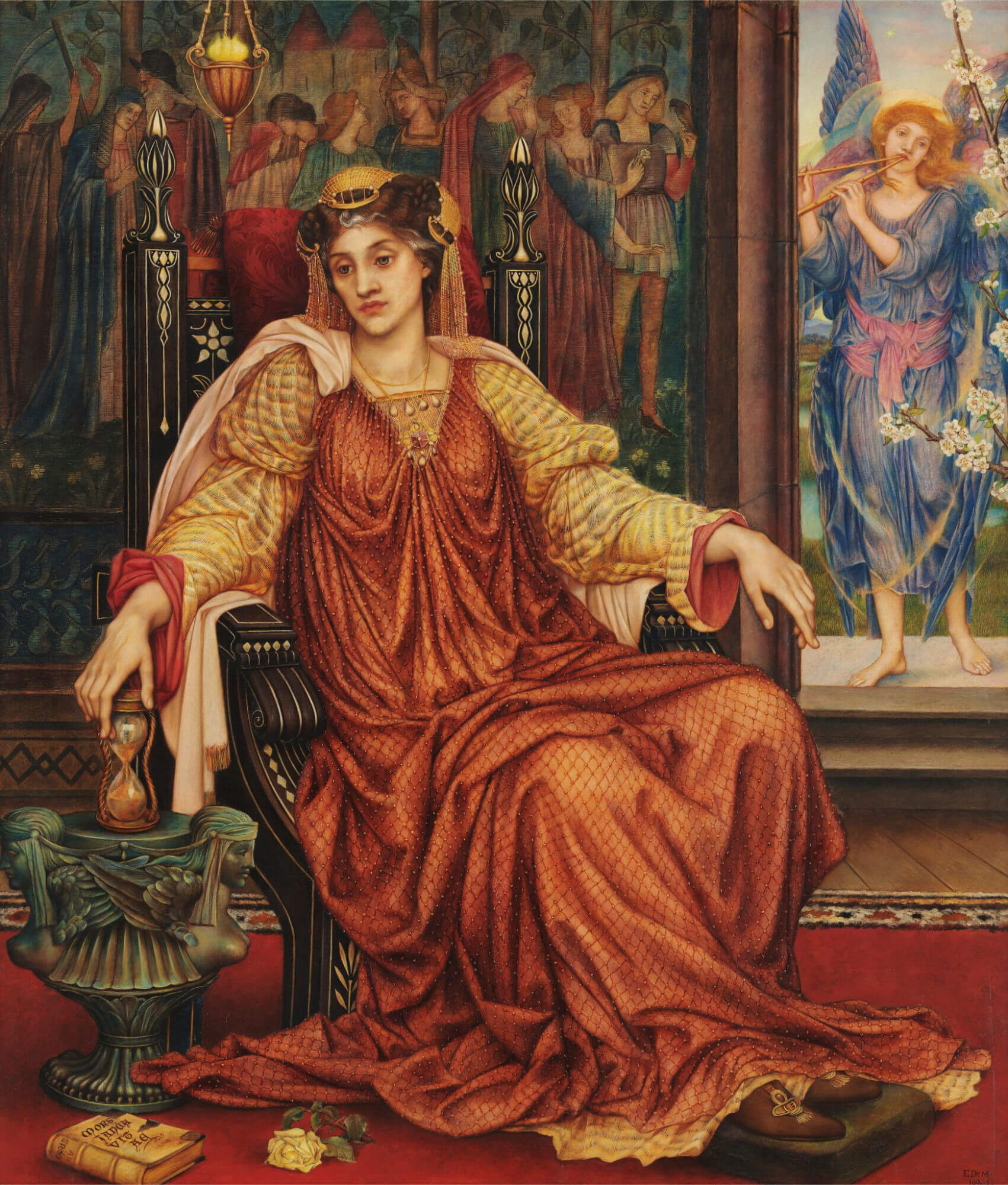 In an ancient chair, inlaid with ivory, a woman is seen seated. Behind her on the wall are glowing tapestries; a gold lamp of medieval design is suspended above her head. Her draperies, in wonderful hues of yellow and russet bronze, are thickly sewn with pearls, the delineation of which in correct perspective constituted a tour de force. Jewels of barbaric design accentuate the richness of her attire and gleam again from her quaint head-dress, beneath which shows the first indication of age  her whitening locks. Meanwhile, with a brooding sorrow, her gaze is fixed upon an hourglass, clasped in her slender fingers, wherein the sands are swiftly running out: at her feet is a dying rose, and close to her lies a book on which are visible the words Mos Janua Vitae  Death is the portal of life. So, too, unheeded by her, outside the open doorway stands the figure of life, the Immortal, piping joyously in the sunlight in robes of azure amid the blossoming flowers of spring.

Also according to Mrs Stirling, Evelyn De Morgan described this work as ‘”n echo of a movemnet in the Waldstein Sonata of ‘Beethoven’.”

The mode was Jane Morris, the widow of William Morris.