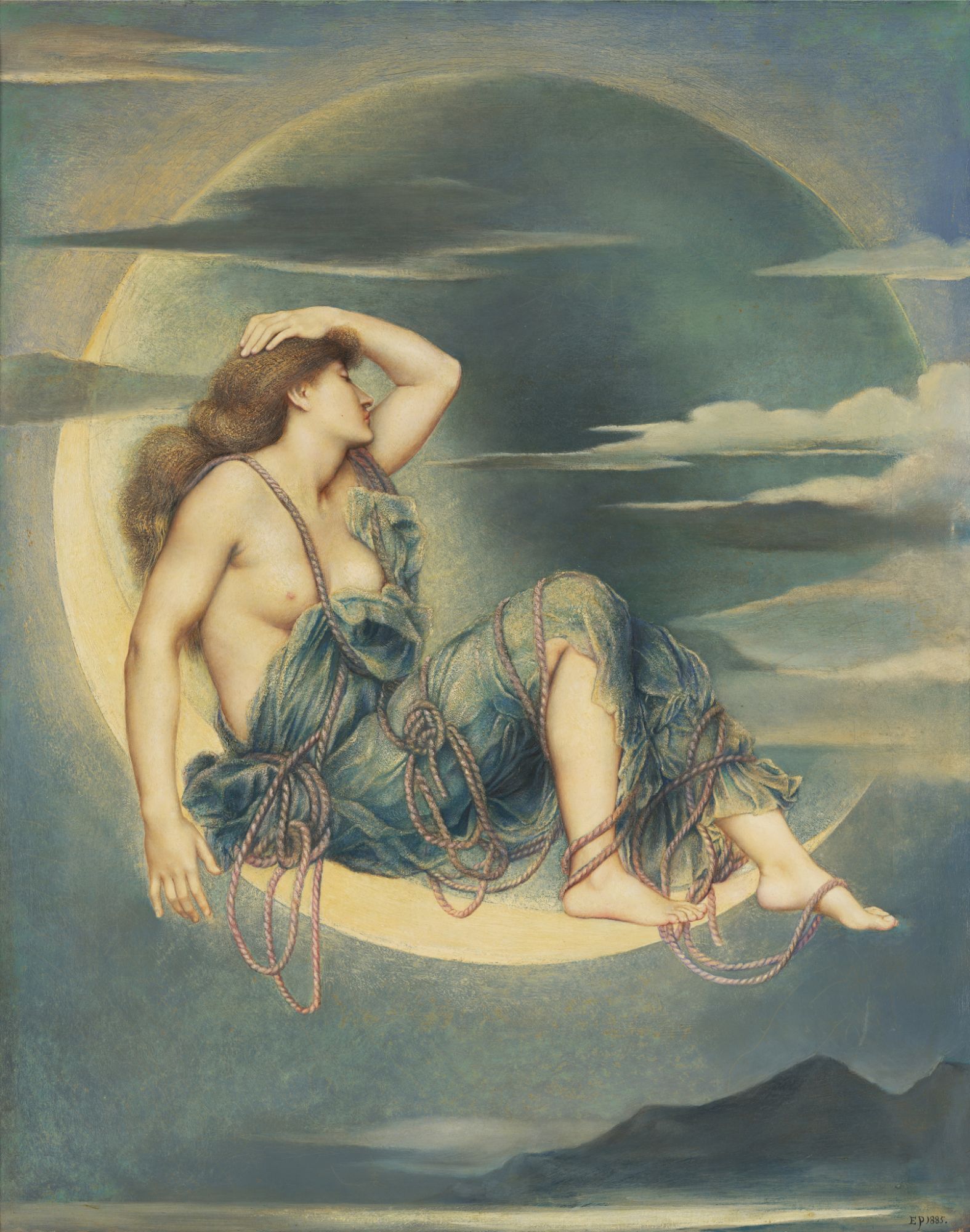 
Luna depicts the moon personified as a young woman with blond wavy hair, draped in blue robes resting in the crescent of the moon. The ropes in which she is entwined may symbolise bondage to her constant round. The artist may also have had in mind the classical idea of the Moon Goddess as controller of destiny and her ropes, therefore, representing fate. The model is Jane Hales.

The extraordinary suggestion, which has been published, that this work could be a self-portrait is based on a misunderstood anecdoted recounted by Mrs Stirling suggesting tha Mrs Pickering invited Lord Salsisbury to ‘Come and see Evelyn’s picture’ and on being shown it he remarked ‘Whatever made her pose like that?’.