Evening Star over the Sea 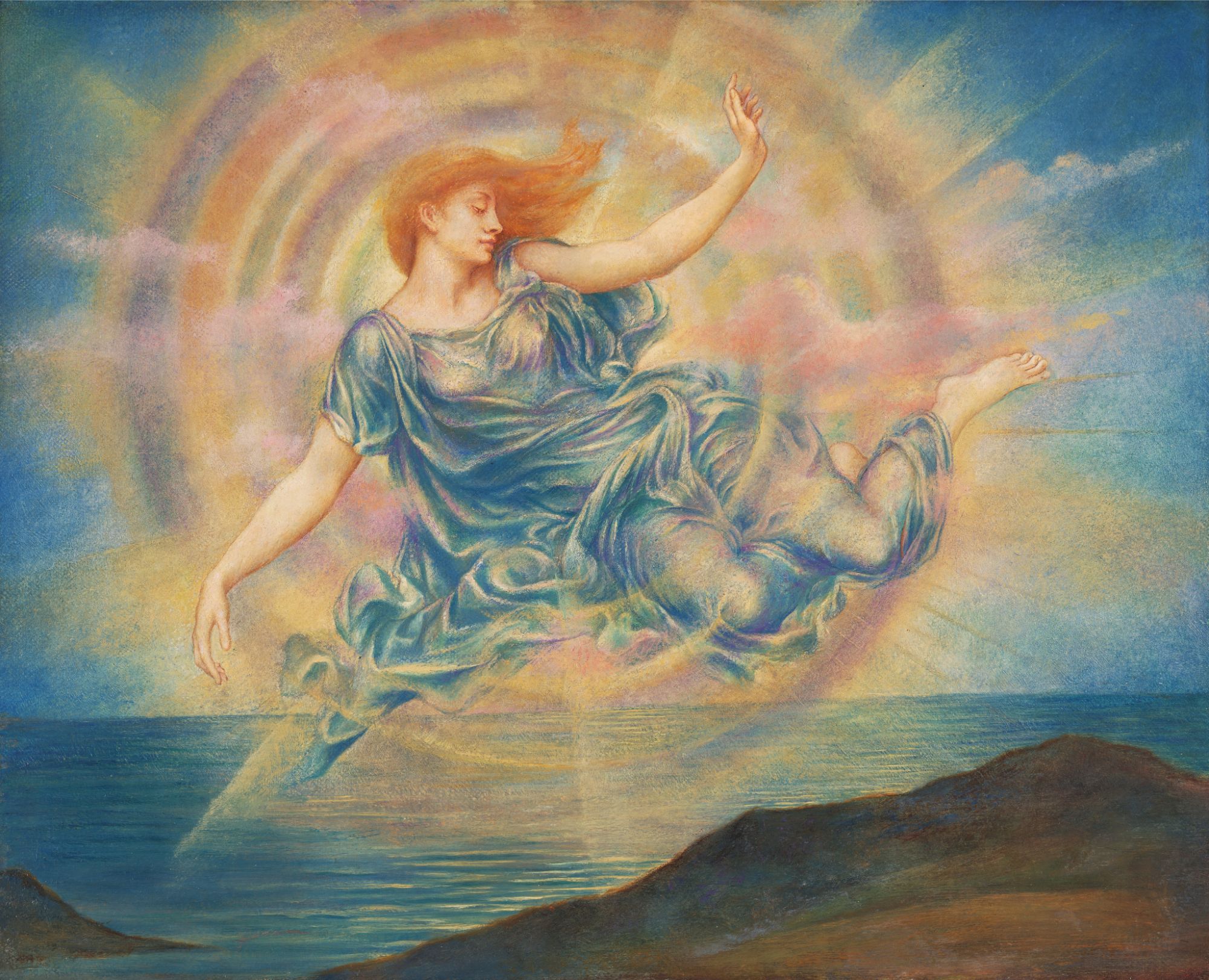 
The evening star is more commonly known as the planet Venus, which is often visible in the night sky at sunset. Venus is also the planet of love and frequently depicted in art as a beautiful woman. Evelyn often chose to personify elements such as the Moon, Mist and Stars  not only reinforcing her predominant interest in representing the feminine, but also in the ancient sources of symbolism in which tradition she follows.

This work is a study for a larger picture which was sadly not executed. Evelyn had by this stage fully developed her distinctive artistic style which combined her mastery in portraying the female form with a brilliant use of paint and a radiant colour palette.