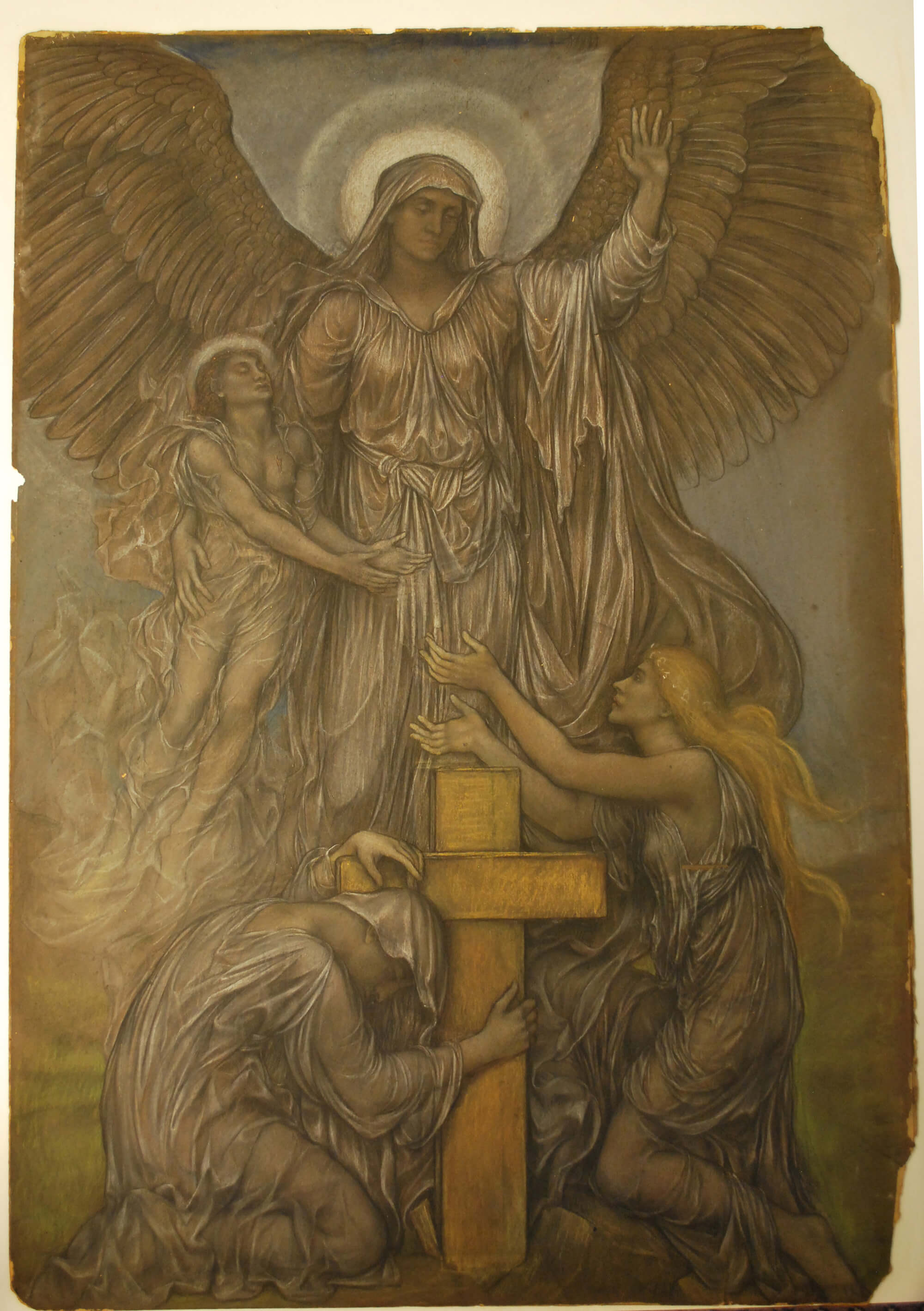 
This is a pastel compositional study for an oil painting which was unfortunately destroyed in a fire in 1991. In the painting a mother and wife or sweetheart of a deceased soldier mourn at his grave. Unlike the rather austere view of mourning depicted in ‘In Memoriam’, it is an intimate and raw representation of the experience of loss and grief. While the mother remains prostrate with grief and despair, the younger woman takes some consolation from a vision of her beloveds resurrected spirit being embraced lovingly by a triumphant angel. Here De Morgan illustrates her sustained belief in the power of hope and faith to overcome despair and her belief in eventual spiritual redemption. The imagery in the work recalls the biblical references in John 19:25 to the women who remained at Calvary to mourn after Christ had been crucified and in this, the painting conforms with many representations of the Christian / Marian notions of sacrifice and redemption found in First World War literature and visual arts. However the title of the painting meaning to die for ones countryis somewhat subversive. The title is derived from the latin phrase Dulce Et Decorum est pro patria mori, “it is sweet and seemly do die for ones country”, but the patriotic context of the phrase is intentionally lost in Evelyns edited version. Her choice of title must be viewed in conjunction with the war poet Wilfred Owens use of the phrase in his work Dulce Et Decorum Est where the patriotic sentiment is disparaged as the old lie and is therefore indicative of Evelyns pacifist standpoint and by this point public criticism of the war. ‘Pro Patria Mori’ was destroyed by fire in October 1991.