Following a battle with trench fever, William De Morgan passed away on 15th January 1917. The tragedy of his illness and death was perhaps worsened for his wife Evelyn for the injustice of it. William had never served in the army, but contracted the illness from those who had returned from the trenches, passed onto him. A likely candidate for passing on the disease was the Hon. Maurice Baring, novelist and journalist, and member of the aristocratic banking family, who was known to William and had visited the De Morgans on Boxing Day. Although he was in the military, Baring never served in the trenches and never suffered from this illness, meaning that it was probably passed on by the lice which carry it. 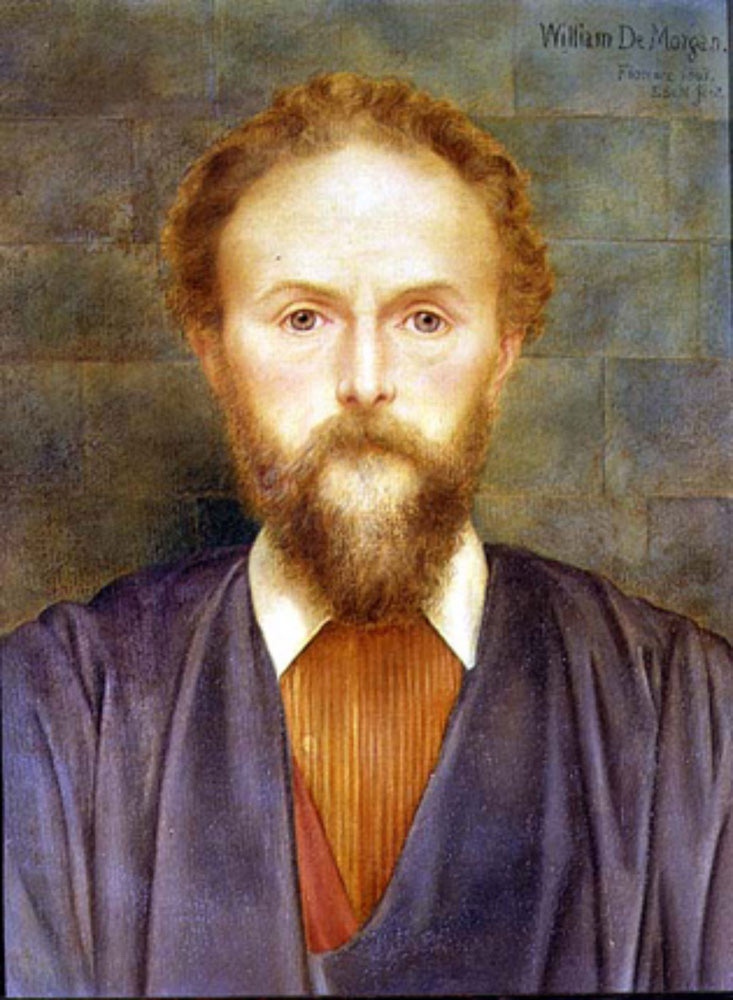 During his last year, William was working on the manuscript of his next novel, but as the war went on, he found it harder to concentrate on his writing. The Old Mad House was left unfinished when he died; using his notes and their discussions about the book, Evelyn went on to finish and publish the novel.

William’s funeral service was held at Chelsea Old Church on 23 January 1917. Among the mourners were the children and grandchildren of Burne-Jones, and the children of William Morris.  He was then buried at Brookwood Cemetery near Woking. It was then a lovely, tranquil spot overlooking unspoilt moorland.

Evelyn designed and modelled a headstone which was carved under the supervision of Sir George Frampton, one of the leading sculptors of the day. 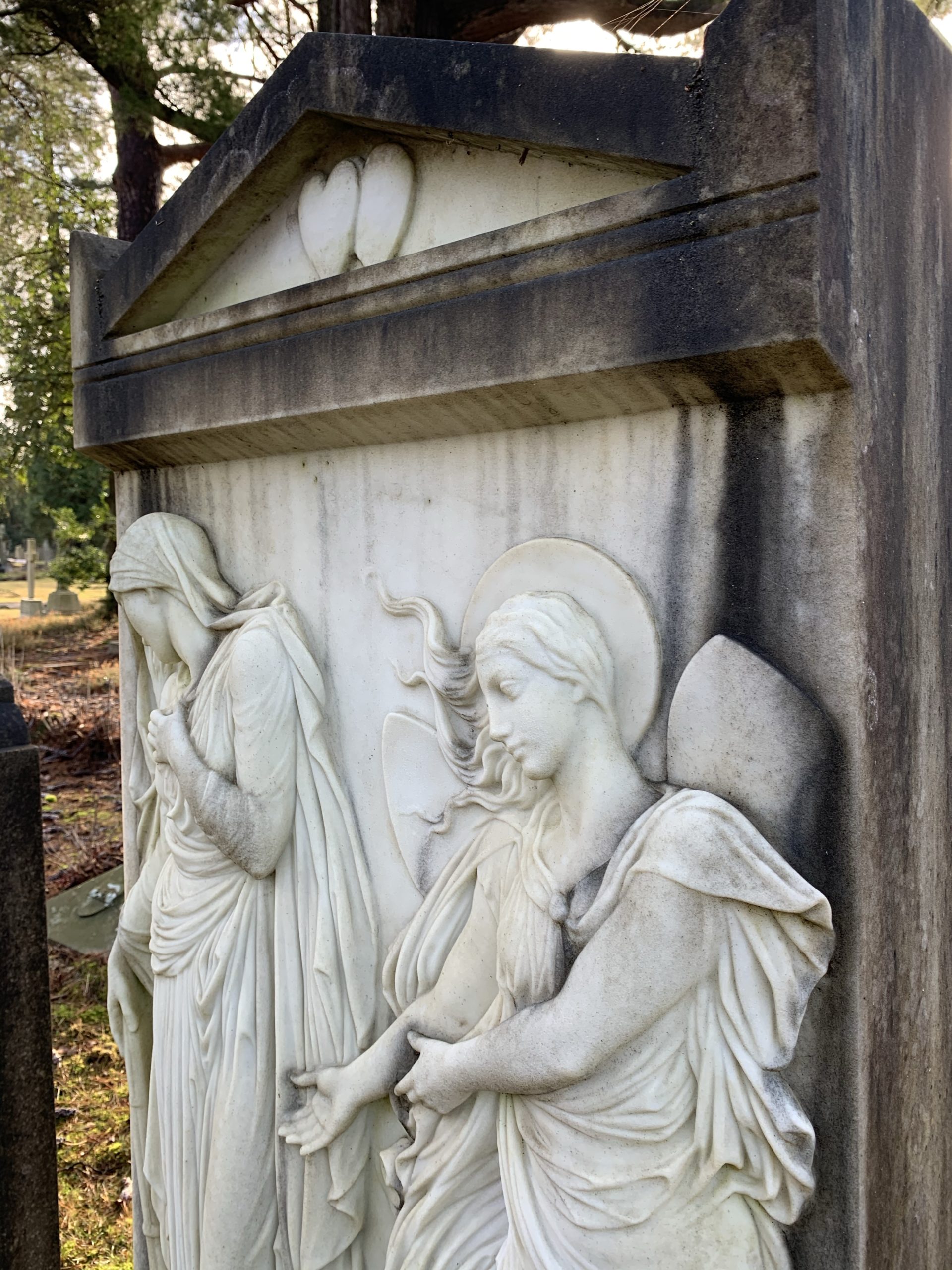 The memorial features two standing, draped figures, one holding a torch that is being extinguished. In the pediment are two intertwined hearts. The inscription reads;

Sorrow is only of Earth,

The life of the Spirit is Joy 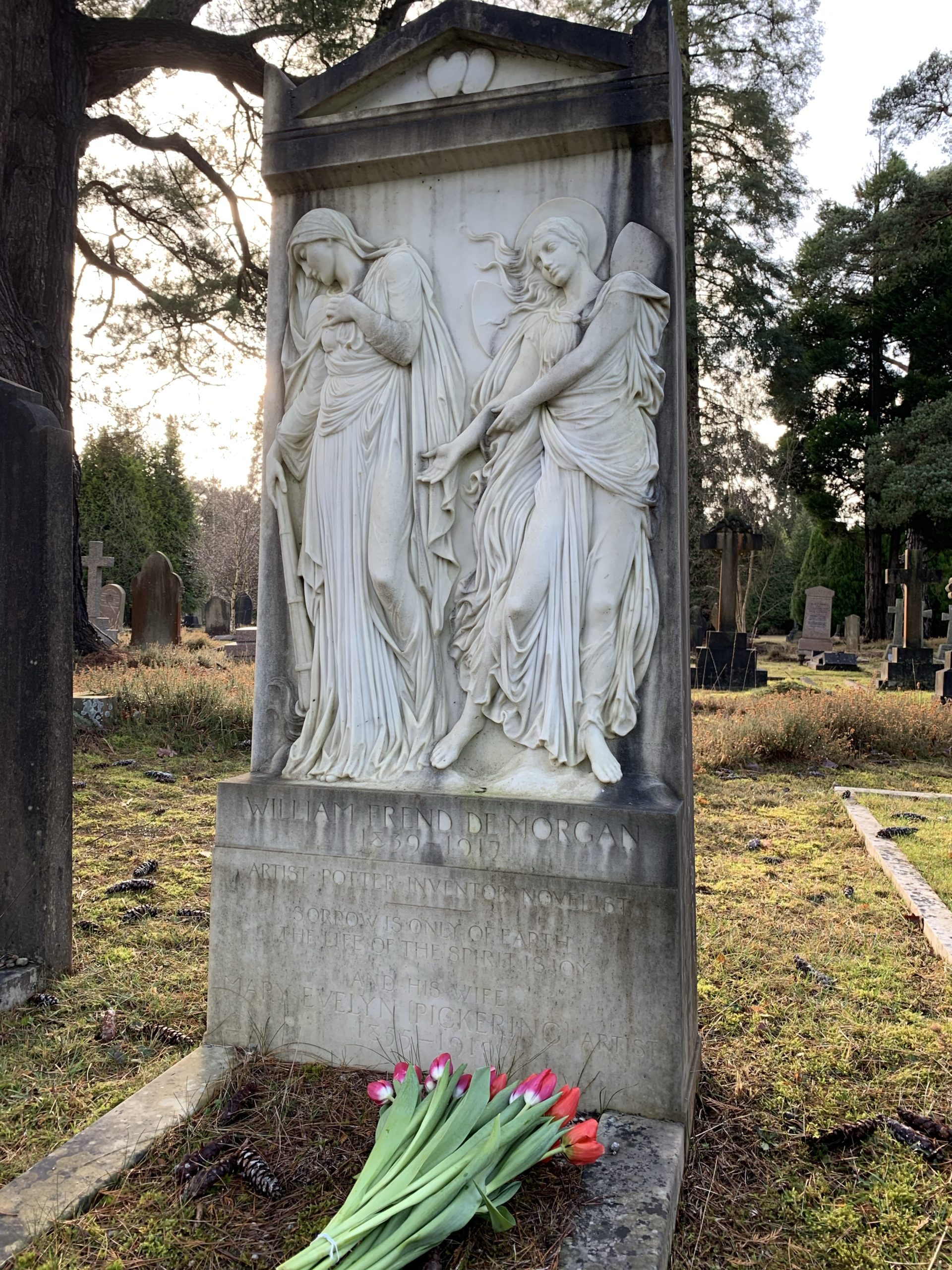 To the Memory of

Who did much of his best work in Cheyne Row, The Vale and Church St., Chelsea where he died

Persian & the lustre of the great Umbrian craftsmen.

Enriching literature by his faithful & sympathetic presentment of homely & very

And beloved by all who knew his breadth of intellectual interest, his catholic

If you’d like to visit, Brookwood Cemetery, to visit the graves of William and Evelyn and members of the Stirling, Spencer Stanhope and Pickering families, they are in plot 24. Brookwood is just a short drive from the Watts Gallery in Guildford where the De Morgan Collection is on display in the aptly named exhibition “Decoration or Devotion?”