Shining some light on the situation…

…to discover the De Morgan plate in the portrait

Recently, I was asked if I knew which plate appeared behind William De Morgan in the 1909 portrait by his wife, Evelyn De Morgan. I thought I knew pretty much everything about the clues and symbols in the De Morgans’ artwork after my 5 or so years with the De Morgan Foundation, but this one stumped me.

Of course the rest of the painting has been rigorously examined and unpicked for the display at Wightwick Manor in Wolverhampton, ‘Look Beneath the Lustre’, which invites you to consider how the De Morgans made their artwork. On your visit, you will see the shop sign and a selection of books by De Morgan displayed close by the portrait, so that you can consider how Evelyn De Morgan arranged the sitter.

We have also been lucky enough to borrow the beautiful lustre vase which William clutches close to him, and display this next to the painting. This allows visitors to compare the deep purple vase in the painting to the seemingly green vase in real life. The light conditions in which Evelyn created the painting are different to those the vase is displayed in. Lustre glaze is a complex process which requires a metallic oxide reduction in the heat of the kiln to leave a thin film of metallic particles on the surface of the ceramic. These tiny particles reflect and refract the light and so can appear in very different colours in different light conditions.

Although I had managed to locate all of these props from the painting, I hadn’t been able to locate the plate behind William De Morgan’s right shoulder. I was sure that the plate must be in the collection of the V&A, as Evelyn De Morgan had donated the couple’s personal collection of William’s ceramics and drawings to the museum upon her husband’s death in 1917. However, a search online of their collection didn’t show me what I was looking for, which I thought was a beautiful majolica style plate, in yellows and greens.

My recent visit to Wightwick Manor however, so recently after I had been asked which plate it was got me thinking. Maybe the plate wouldn’t look yellow and green in real life. Maybe it had been painted under the same conditions as the vase, which would alter the look of the lustreware. I considered this and changed my search of the V&A collection, by visiting the wonderful ceramic galleries at the museum.

To my delight, as I walked into the ceramics galleries at the V&A, a cavernous room with floor to ceiling glass cabinets stacked high with carefully balanced ceramics, a shaft of light brightened and illuminated the De Morgan ceramics. And there it was! In the V&A online collections photograph, the Silver Lustre Frog Plate appears a dull gold, but the silver lustre shines a wonderful green in the light I saw it in, and which Evelyn De Morgan appears to have painted the plate in. 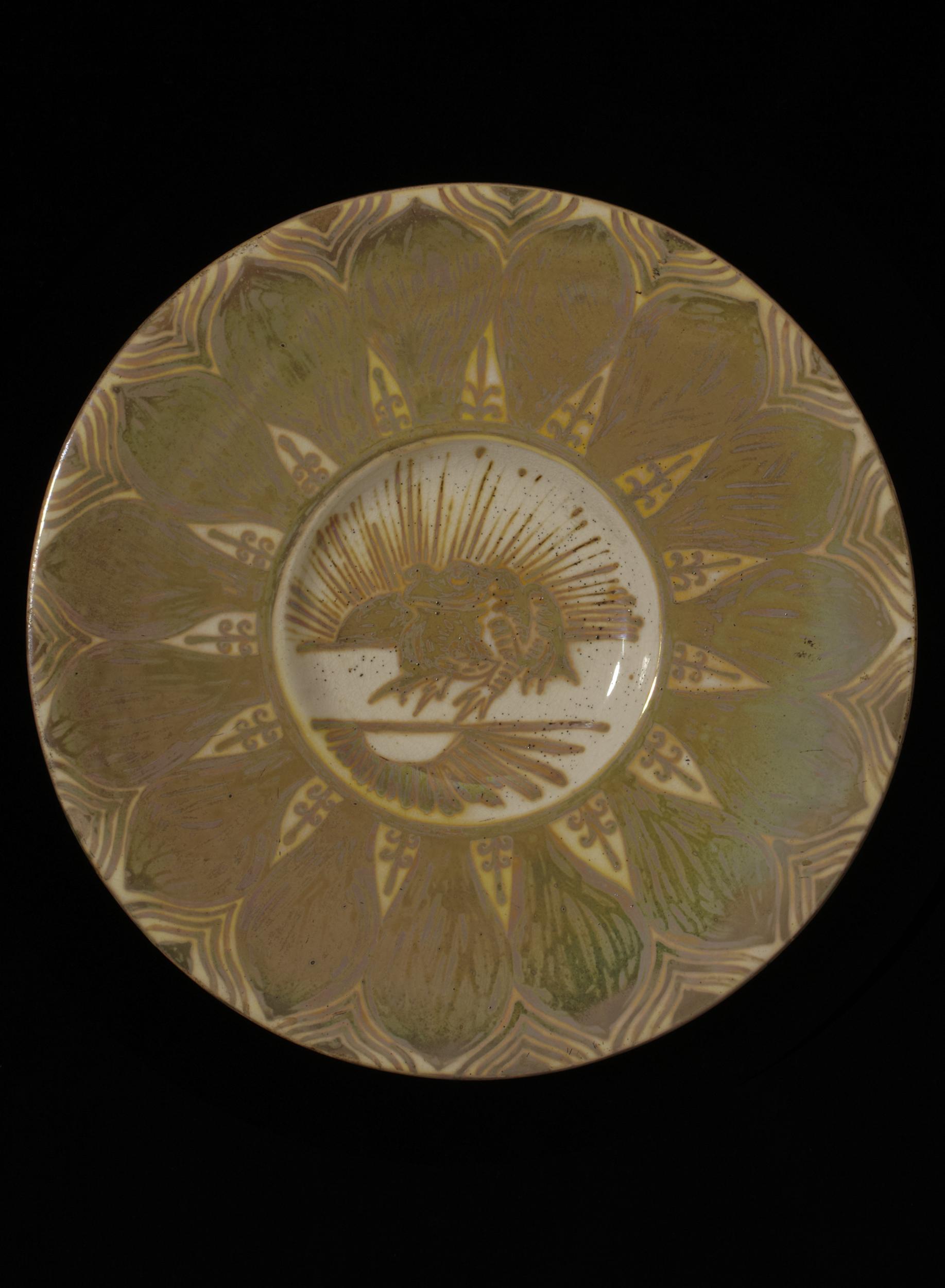 I was delighted to see that it was a charming frog motif in the plate, as I recalled a curious tale of a toad being very important to Evelyn De Morgan, and thought this might have been relevant to its inclusion in the picture. In Ken Russell’s 1961 documentary about Evelyn’s sister Wilhelmina Stirling, who formed the De Morgan Collection and lived with it in her home in Battersea, London, a friendly toad is fondly described. Stirling recalls Evelyn painting The Spear of Ithuriel (c.1890) which features Satan disguised as a toad next to Eve’s head in the foreground, as she lies in the Garden of Eden. In Milton’s Paradise Lost, which the painting is based on, the angel Ithuriel touches the toad with his spear and causes Satan to resume his true likeness. Stirling claims that the toad was painted from life and would regularly visit the 1 Vale, Kings Road, Chelsea, the De Morgans’ home until 1910.

I quite like to think that William was also charmed by the creature and immortalised it in his gleaming lustre plate, which then hung in their home and was included in this portrait. 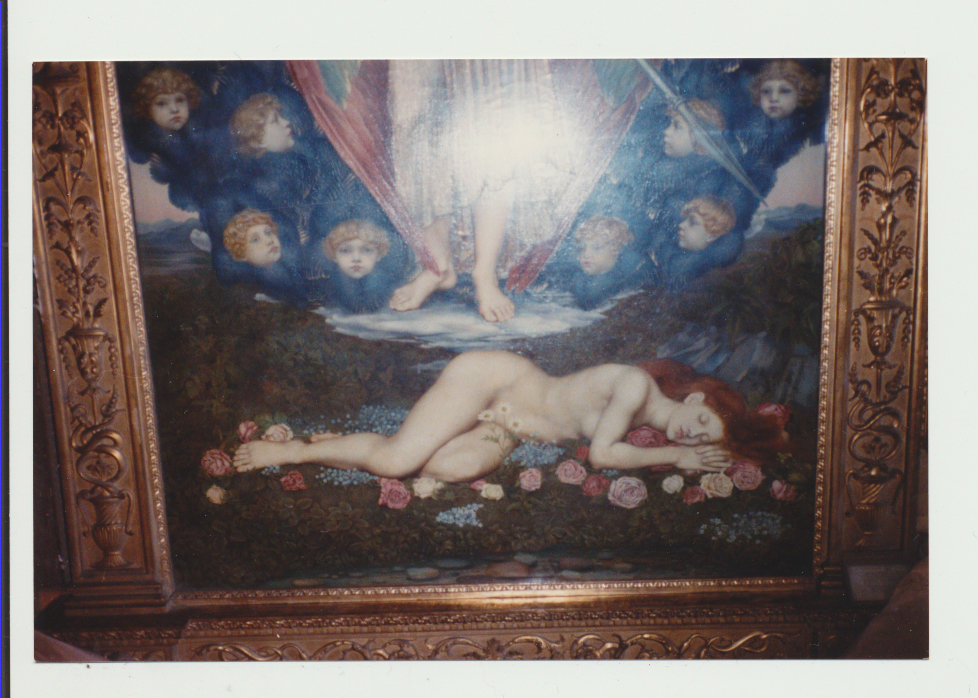