Molly De Morgan was a successful professional singer and an ardent Suffragette whose life and work deserves more recognition. She was born Mary Beatrice De Morgan on 18 February 1873, the eldest of four children to Edward Lindsay De Morgan and Ada Margaret Wright. She enjoyed an idyllic childhood spending her early years in Kensington, London, before the family moved to South Africa in order to escape the cold London weather and ‘De Morgan curse’ of tuberculosis which Edward lived in fear of, having lost three of his siblings to the disease. Tragically, her father Edward was killed in a horse riding accident in 1877, not long after the family had moved.

Molly showed an early promise for singing and moved to Paris in 1902 to become a pupil of the French master M. Boulay.  She made her London debut in May 1904 at Mr Hayes Sunday concert and caused a stir as the ‘new South African Soprano’ who’s version of Liza Leham’s ‘Roses after Rain’ was commended[1], going from strength to strength rapidly, performing in a solo show arranged especially for her just two weeks later at Bechstein Hall on Wigmore Street in the West End[2], where she was praised for her ‘beautiful and sympathetic voice’[3]. 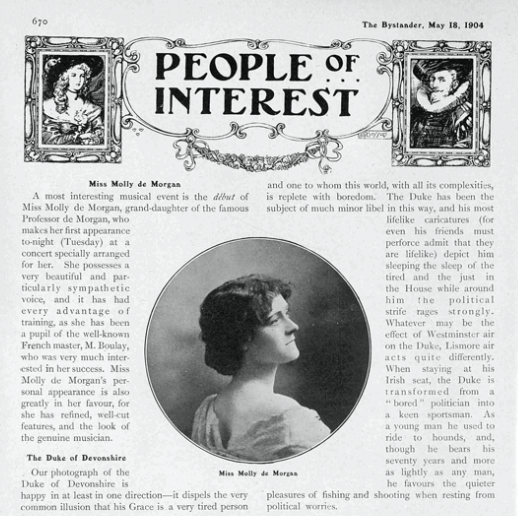 In the same article which commended her voice, Molly also received praise for her ’personal appearance…she has refined, well-cut features, and the look of a genuine musician.’ It could perhaps have been sexist reviews like this which commented on her looks rather than talent which drove Molly to so passionately fight for women’s rights. She joined the WSPU, a leading militant organisation campaigning for women’s suffrage in the United Kingdom from 1903 to 1918. The motto of the WSPU was ‘deeds not work’ as they took action and stances against the patriarchy whilst fighting for rights to vote. Molly was a close friend of the WSPU’s famous leader Emmeline Pankhurst. The two were in regular contact and the surviving correspondence reveals that they were visitors to each other’s homes as dinner guests[4]

Molly was supported by her paternal uncle, ceramicist William De Morgan, in her suffragist endeavours. William was a passionate supporter of the Suffragist campaign, writing frequently to publications such as Votes for Women on issues such as the abolition of force feeding. He eventually became the vice-president of the Men’s League of Women’s Suffrage, publicly lending his name to the venture. This charming photograph from the De Morgan family archive shows William and Molly together. 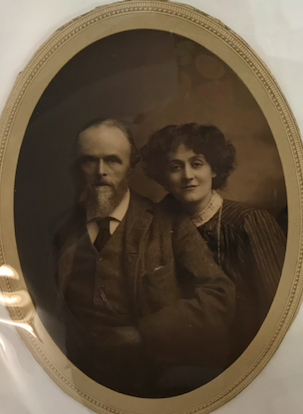 In around 1908, Molly changed her professional name to Minda and performed across the South Coast and some popular holiday resorts, including Worthing, Western Supermare, The Isle of Wight, and advertised herself as available to perform in afternoon engagements around her home in Folkestone. She was well-known as a mezzo-soprano of ‘considerable power’[5]. Her artistic interests didn’t end with singing, as Molly penned two manuscripts under pseudonyms of ‘In the days of Oom Paul’ and ‘The merest trifle’. Although these were never published, they show her varied talents and interests.

Molly De Morgan was also interested in spiritualism, a concern of many in her family. Her grandmother, Sophia De Morgan was the author of ‘From Matter to Spirit’, a popular authority of spiritual mediumship. William De Morgan was married to Evelyn De Morgan and the two engaged in automatic spirit writing, anonymously publishing ‘The Result of an Experiment’ in 1909. Molly would certainly have been aware of her uncle’s spiritualist interests and from letters it seems she shared their beliefs.

Molly De Morgan was a remarkable woman who forged a career for herself as a successful professional singer and was impassioned and driven to ensure those opportunities were open to generations of women who followed by being an active member of the WSPU. She died in London in 1953 and today, we remember her wonderful legacy. 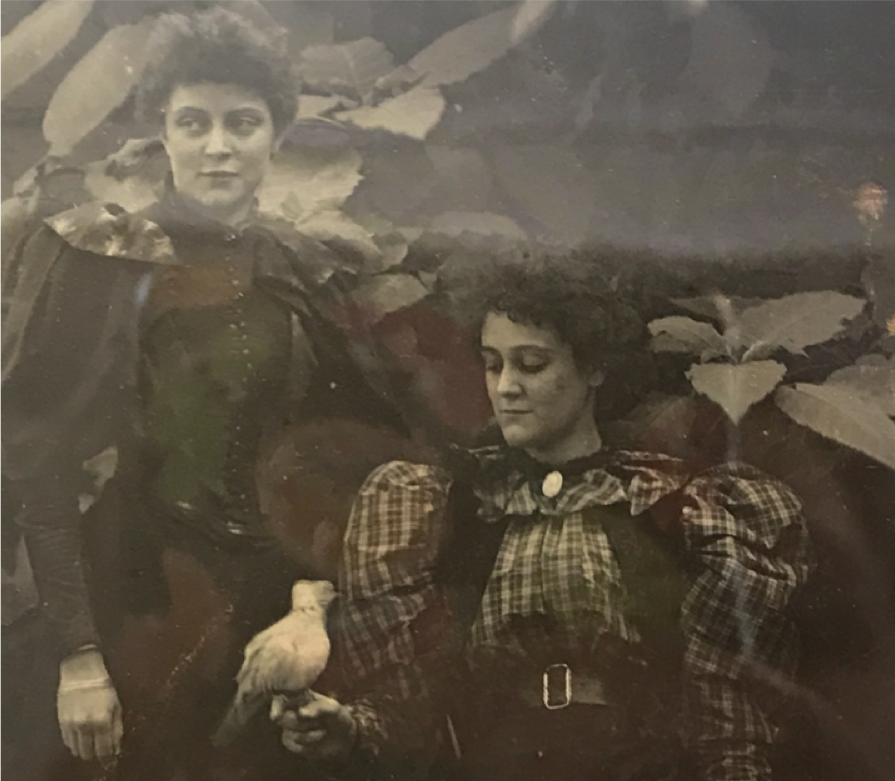 Molly De Morgan with a pet bird, and her sister Millicent De Morgan