On Friday, we will welcome our guest Speaker Susie Beckham to introduce the life and art of Anna Alma Tadema. To set the scene, our volunteer Bernard has written this week’s blog on her famous artist father, Lawrence Alma-Tadema (1831 – 1912)

Now regarded as one of the most successful painters of the Victorian era, Lawrence Alma-Tadema’s legacy went out of fashion in the early twentieth century; he was described by the eminent art critic, John Ruskin, as “the worst painter of the nineteenth century”.

His reputation was restored in the mid-twentieth century following an exhibition in New York; indeed, having failed to find a buyer at a sale in 1904, his painting “The Finding of Moses” was sold at Sotheby’s in 2010 for almost $36,000,000, a record at that time for a Victorian painting. His work is now seen as a major influence on the development of English art. 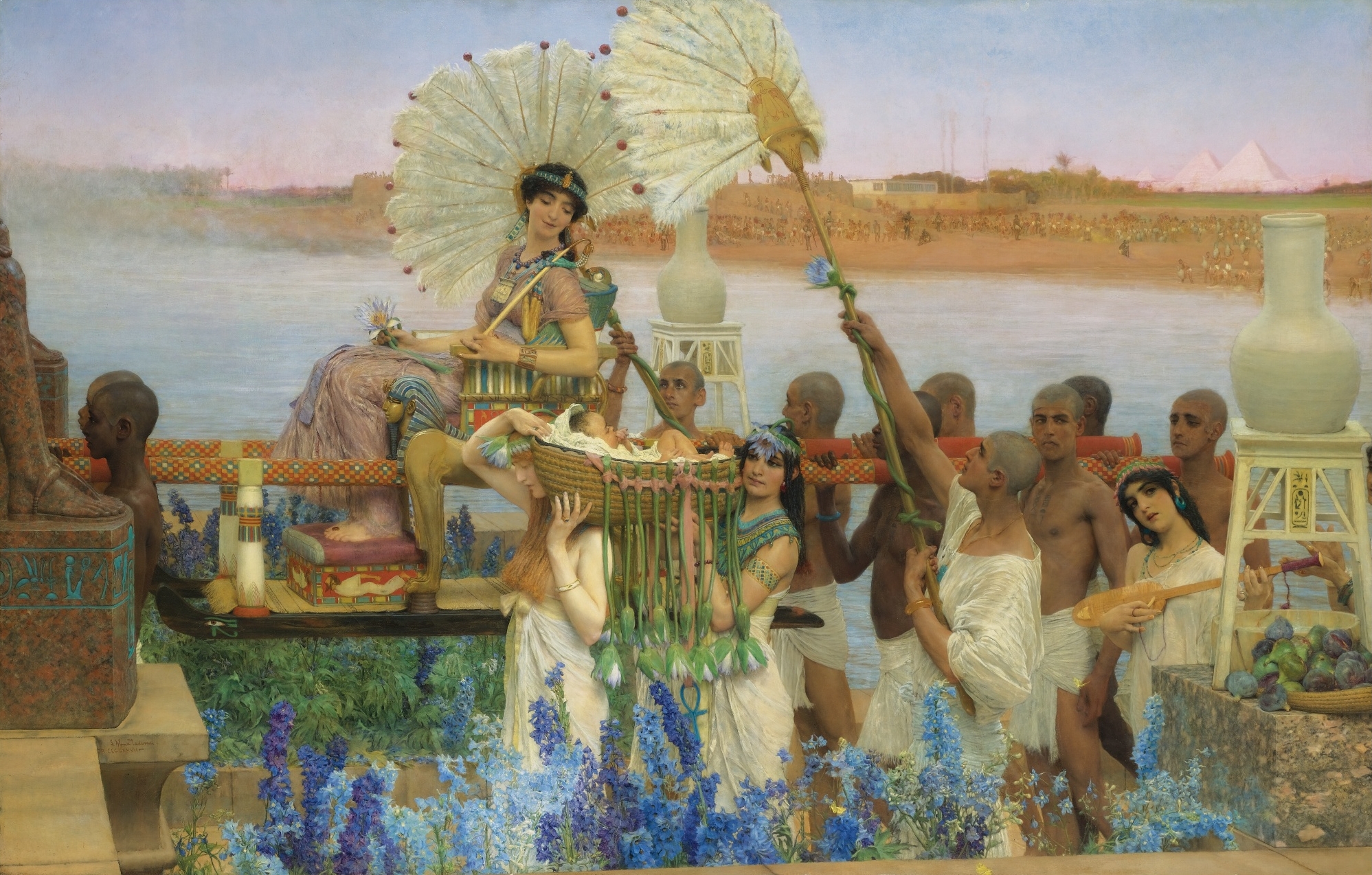 Born in the Netherlands in 1831, Alma-Tadema had early art training with a local drawing master in Leeuwarden. Although a career in the legal profession was planned for him, ill-health at the age of fifteen gave him the opportunity of pursuing his artistic inclinations.

At the age of 21, Alma-Tadema was enrolled in the Belgian Royal Academy in Antwerp, studying early Flemish and Dutch art. It was during this time that he developed his meticulous approach to historical accuracy – a style for which his paintings became acknowledged.

Moving to Antwerp in the late 1850s, he joined the studio of Jan August Leys, the most highly-regarded in Belgium. During his time here he completed “The Education of the Children of Clovis”, the painting that was to establish his reputation and fame. However, it was as a result of a small criticism of the work (“his marble looked like cheese”) that he subsequently became the foremost painter of the subtleties of marble. 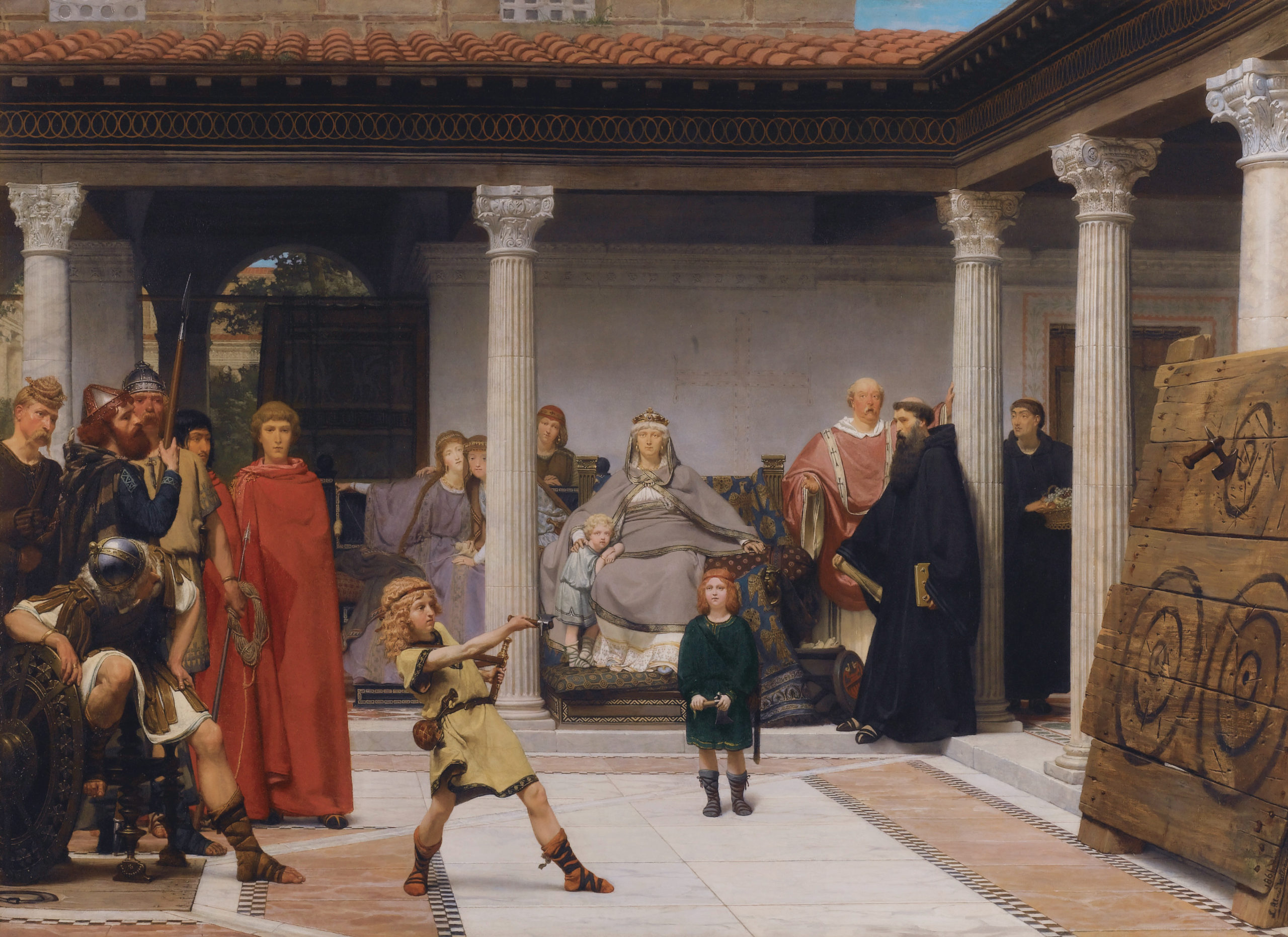 Departing the Leys studio in 1862, the year his mother died, Alma-Tadema set himself up as an independent classical-subject artist. Marrying the following year, he and his wife, Marie-Pauline  spent their honeymoon in Italy. During visits to Pompeii, the ruins so fascinated him as to redirect his art from Egyptian themes to depictions of Greek and Roman subject-matter.

Following a breakdown caused by his first wife’s early death, the intervention of Ernest Gambart, an influential art dealer and friend, was instrumental in Alma-Tadema’s subsequent move to England; the outbreak of the Franco-Prussian War eventually made the move permanent. It was around this time that he changed his name from Tadema to Alma-Tadema, Alma being the name of his godfather. By 1871, he had met most of the Pre-Raphaelites; they had a major influence on his subsequent style. Alma-Tadema became a full Royal Academician in 1872.

His approach to art was as a perfectionist, with a commitment to veracity. As an example, for his  painting “The Roses of Heliogabulus” (1888), the rose petals were flown weekly from the Riviera to London over four months so that he could capture their image fresh. This pedantry earned him both recognition and criticism. 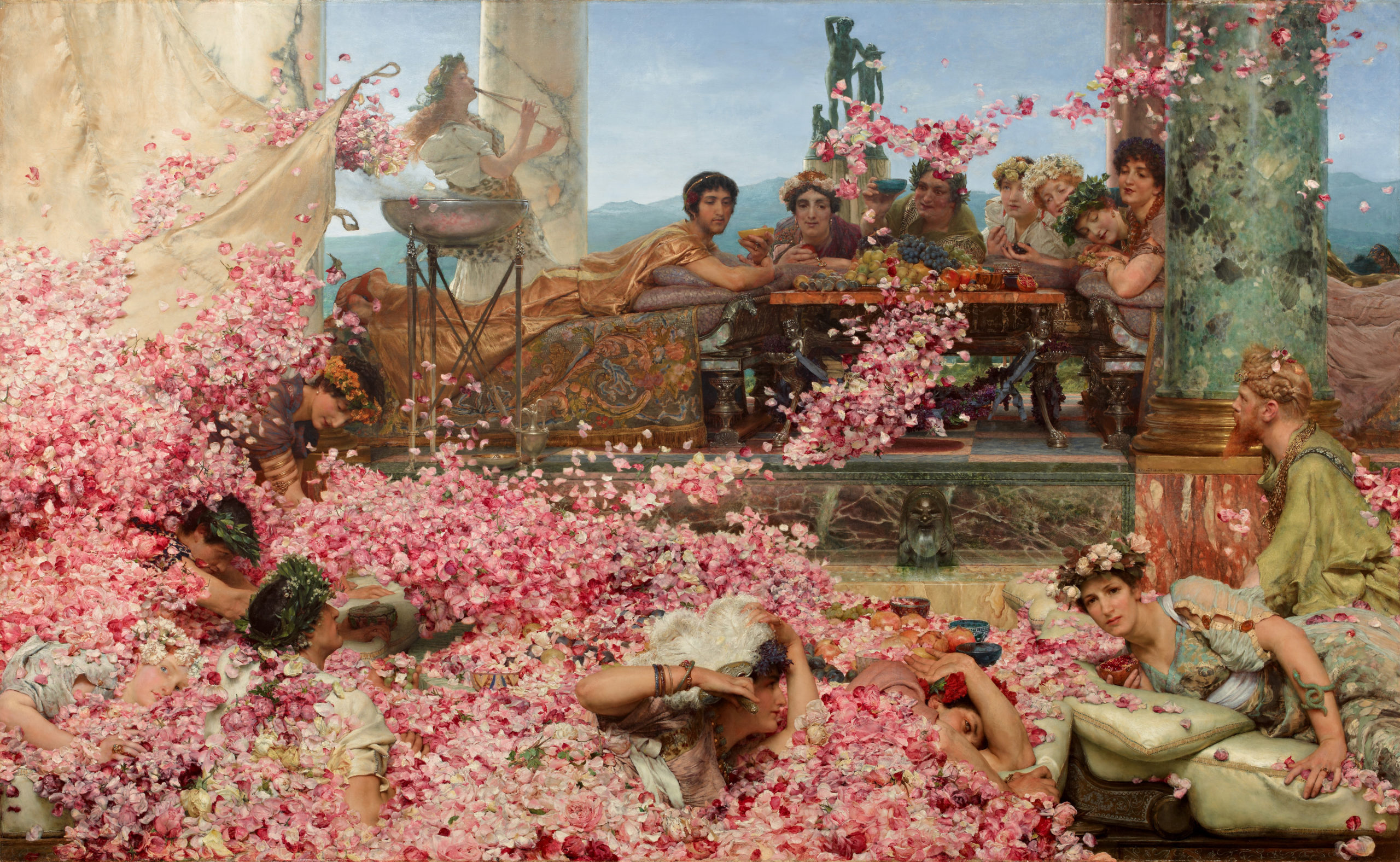 Alma-Tadema’s work is remarkable, having much in common with the brilliance of the old Dutch Masters. It has also been linked with the European Symbolist Movement. As might be expected of a painter who paid the greatest attention to accuracy and detail, the early twentieth century schools of Post-Impressionism, Fauvism and Cubism held little attraction.

In 1912, seeking treatment for a stomach complaint, Alma-Tadema visited Wiesbaden in Germany. He did not survive the trip, and died the same year. Laura pre-deceased him in 1909. He is interred in the crypt of Saint Paul’s Cathedral.

On a lighter note, Alma-Tadema’s meticulous archaeological and architectural research also created a latter-day interest in his paintings in the most unlikely of places – Hollywood. His masterpieces were used as source material for film-sets as diverse as Ben-Hur, Gladiator and The Chronicles of Narnia! 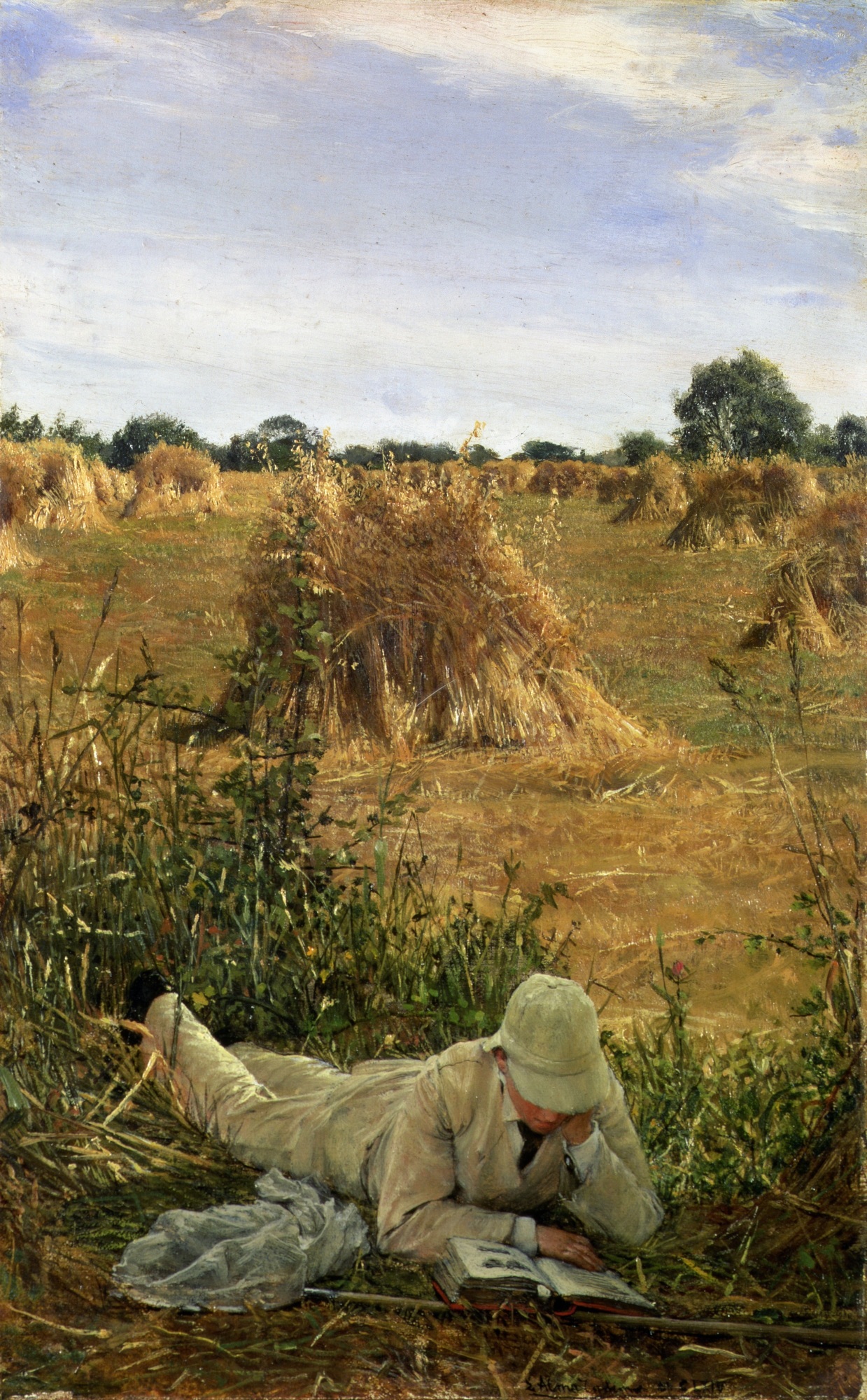