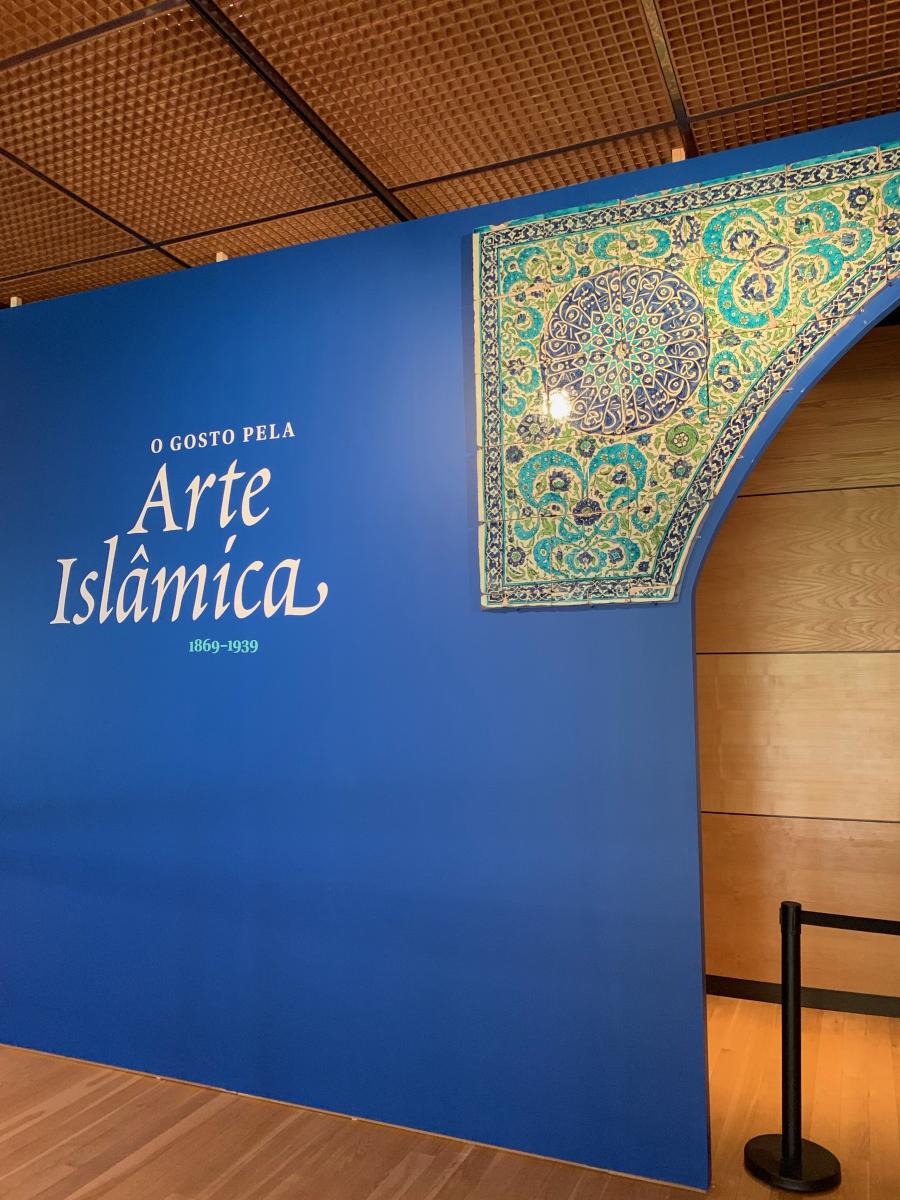 On 12th July, The Calouste Gulbenkian Museum in Lisbon, Portugal opens its exhibition ‘The Rise of Islamic Art’. The De Morgan Foundation have lent two stunning, Islamic-inspired pieces to the exhibition and Curator, Sarah Hardy, tells us why…

The term “Islamic Art” is really quite problematic. It was fist used as a catch all phrase for Middle Eastern art and design being imported into Western Europe in the 1880s, to differentiate it from the “Oriental Art” from China and Japan.

Therefore, the artwork it was used to refer to, originated from a wide geographic area, from Spain to India, encompasses a plethora of cultures and barely any was actually religious or used for religious purposes. Similar terminology for these imports into Europe in the 19th century, such as Moorish, Persian and Iznik are similarly problematic as they have grown to envelop such varying styles of art, designs and decoration that the true origins and meanings of particular motifs and pieces are lost.

The Calouste Gulbenkian Museum’s new exhibition doesn’t directly deal with the problems of the terminology of Islamic Art, but rather takes a look at vogue for collecting “Islamic Art” in the 1880s and how this impacted upon European artists, particularly through the collection of Calouste Sarkis Gulbenkian (1869-1955), the oil-magnate founder of the collection housed in Lisbon – in a brilliant brutalist palace – since 1969.

The exhibition explores Gulbenkian’s collecting habits displaying beautiful textiles, glass and ceramicalongside pattern books and catalogues which inspired him to collect. Other major collectors of “Islamic Art” such as Armenian dealer Hagop Kevoridan are referenced.

Much of the exhibition is focussed on how the collecting habits of the wealthy introduced this “Islamic Art” to Western artists. Certainly, the demand for “Islamic Art”, the burgeoning market for it and availability of pieces in London in the 1880s had a major impact on William De Morgan. He was delighted by the wide mix of playful animal, stylised floral and formal decoration in singular pieces and intrigued by the geometric ordering of ceramic designs. In particular the six point stars which can be traced over indefinitely Italy are used in Islam to represent the infinite nature of Allah and De Morgan took this device on purely aesthetic terms to decorate his ceramic plates. Showing off the Foundation’s Prunus Tile Panel alongside the Gulbenkian’s 17th century Iznik cypress tree tile panel, allows further appreciation for De Morgan’s indirect copying. He was clearly inspired by pieces like those in the exhibition, but his purely aesthetic concern meant he transformed motifs imbued with meaning in original pieces into his own instantly recognisable De Morgan designs.

If the setting of De Morgan ceramics within this exhibition, showing them off against 13th Century Iranian lustreware and 14th century Syrian glass wasn’t perfect enough, the wider setting of Lisbon itself is the ideal backdrop for De Morgan tiles. 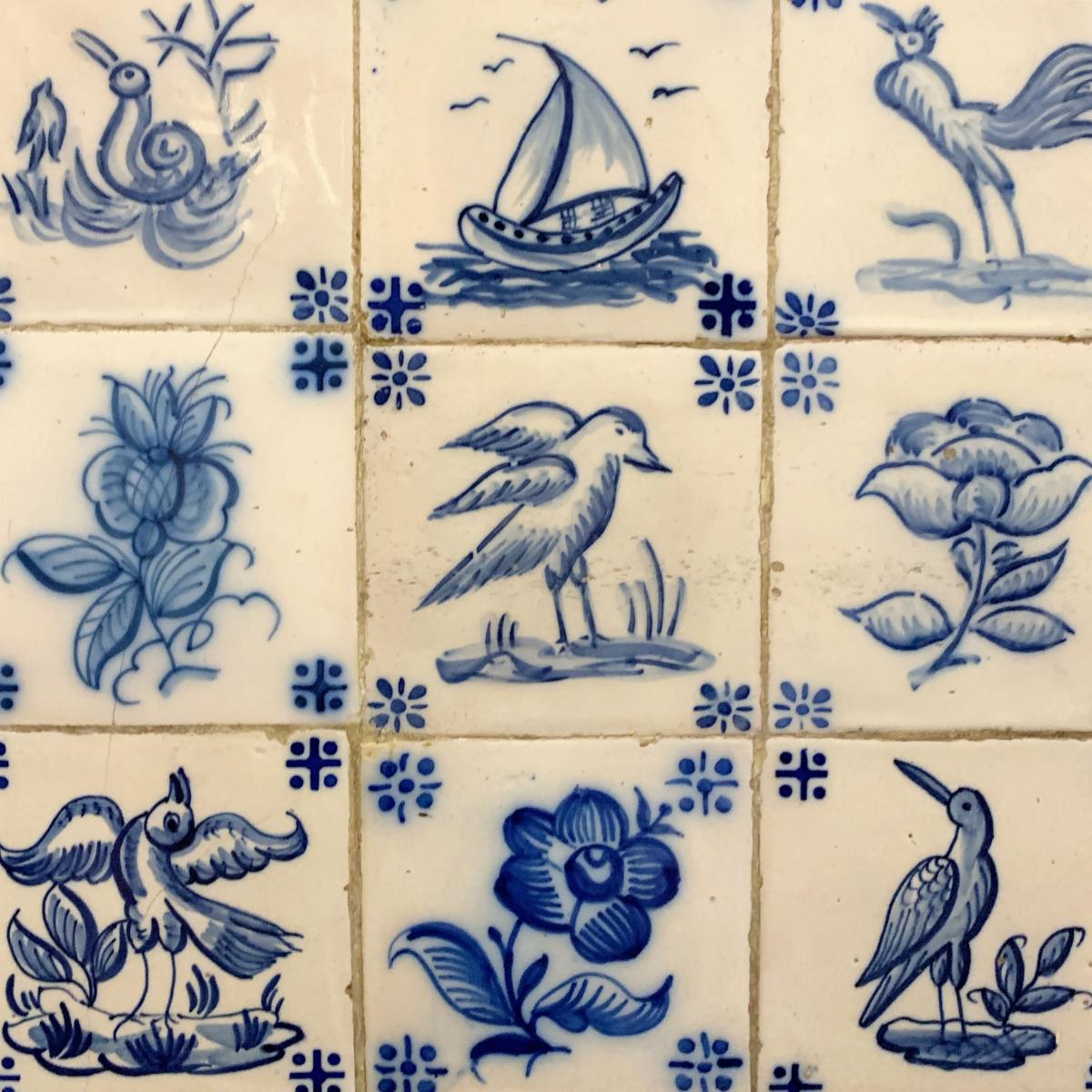 Under Islamic rule until the Christian Crusaders and the King of Portugal joined forces in the 1147 crusades to overthrow them, Lisbon has a rich architectural history and a unique aesthetic for tiled buildings, born from its Islamic origins. Many of the buildings in the city still have colourful “azuléjos” adoring their exteriors which feature the ships, birds, deer and flowers of Islamic tiles which also inspired De Morgan.

Working with the Gulbenkian staff and collection on this beautiful exhibition has been very enjoyable. If you are in Lisbon before the show closes on October 7th, be sure to visit the show.