Evelyn De Morgan was born during the Crimean War (1853-56), at a time when life in Victorian Britain was both full of the spirit of progress but dogged by short-lived military conflicts. She also lived through the Boer Wars and WWI.

The outbreak of WWI, which brought daily reports from the frontline and the huge death toll, deeply affected Evelyn. Her artwork became cathartic, allowing her platform to present her profound fears. Possessing a strong belief that art should have a moral purpose, Evelyn fashioned an artistic response to war using a deliberate synthesis of academic style, symbol and allegory to convey pacifist meanings and values. 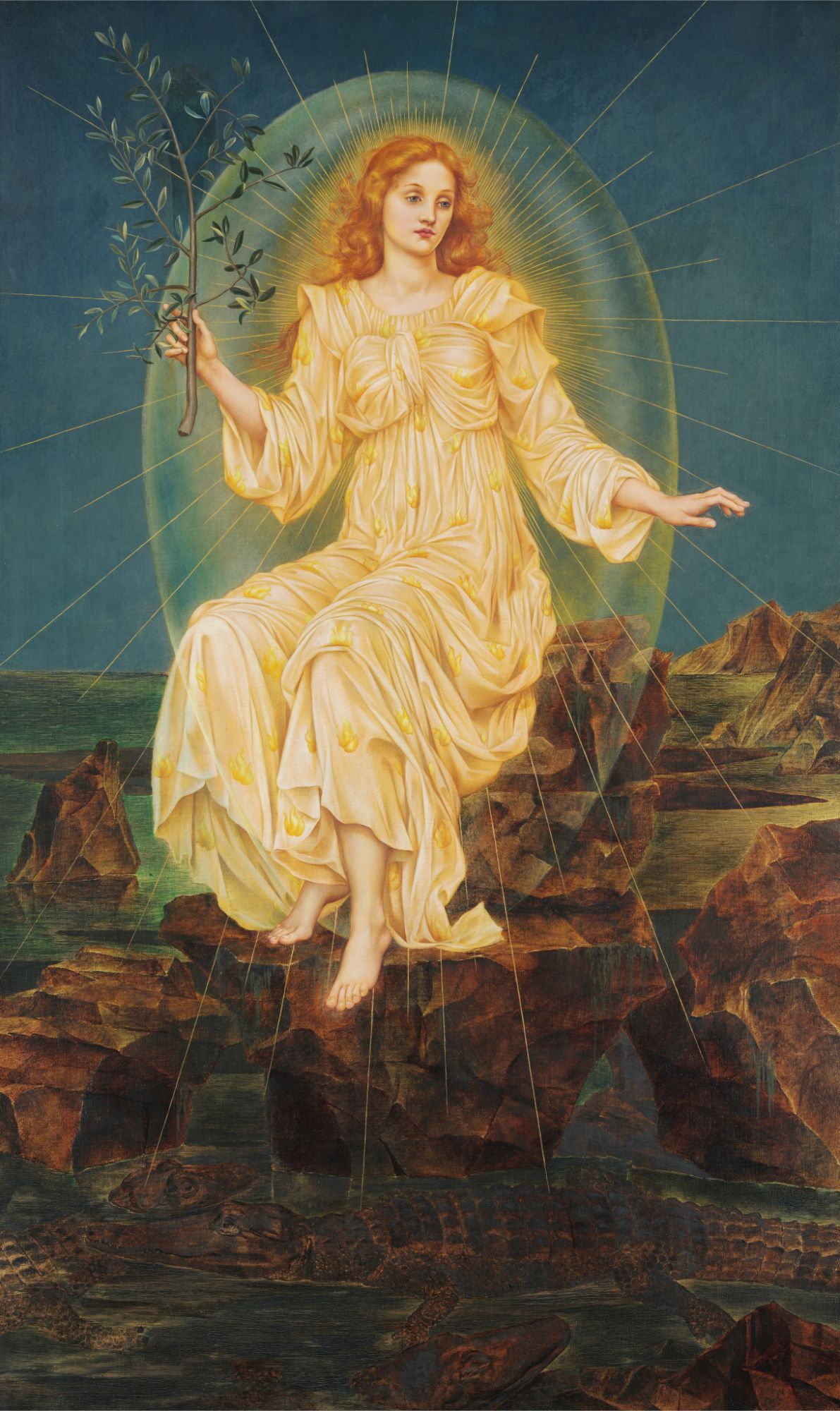 Lux in Tenebris (1895) is typical of Evelyn’s depiction of peace as an ethereal female figure in loose, classical drapery. She never depicted the horrors of fighting directly, rather used her pictures as a metaphor of hope and salvation in a world of conflict. 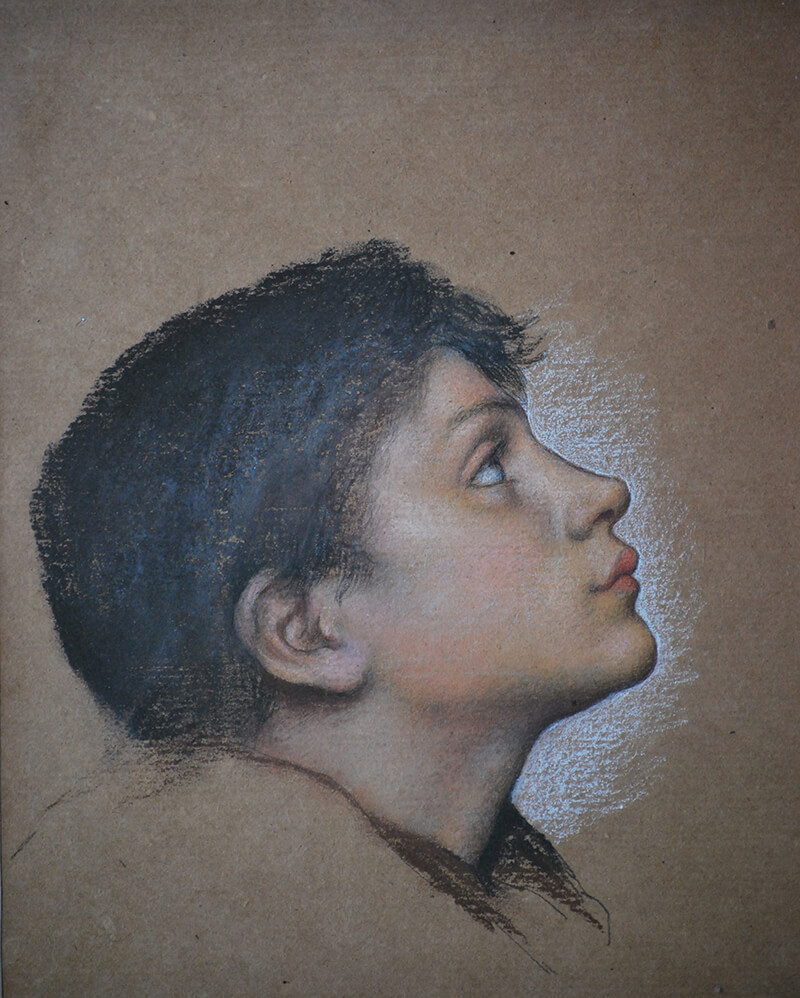 Evelyn hoped her art would act as pacifist propaganda, but also used it to help practically towards the war effort, by holding an exhibition at her studio in London in 1916, selling her war pictures to raise funds for the Red Cross. 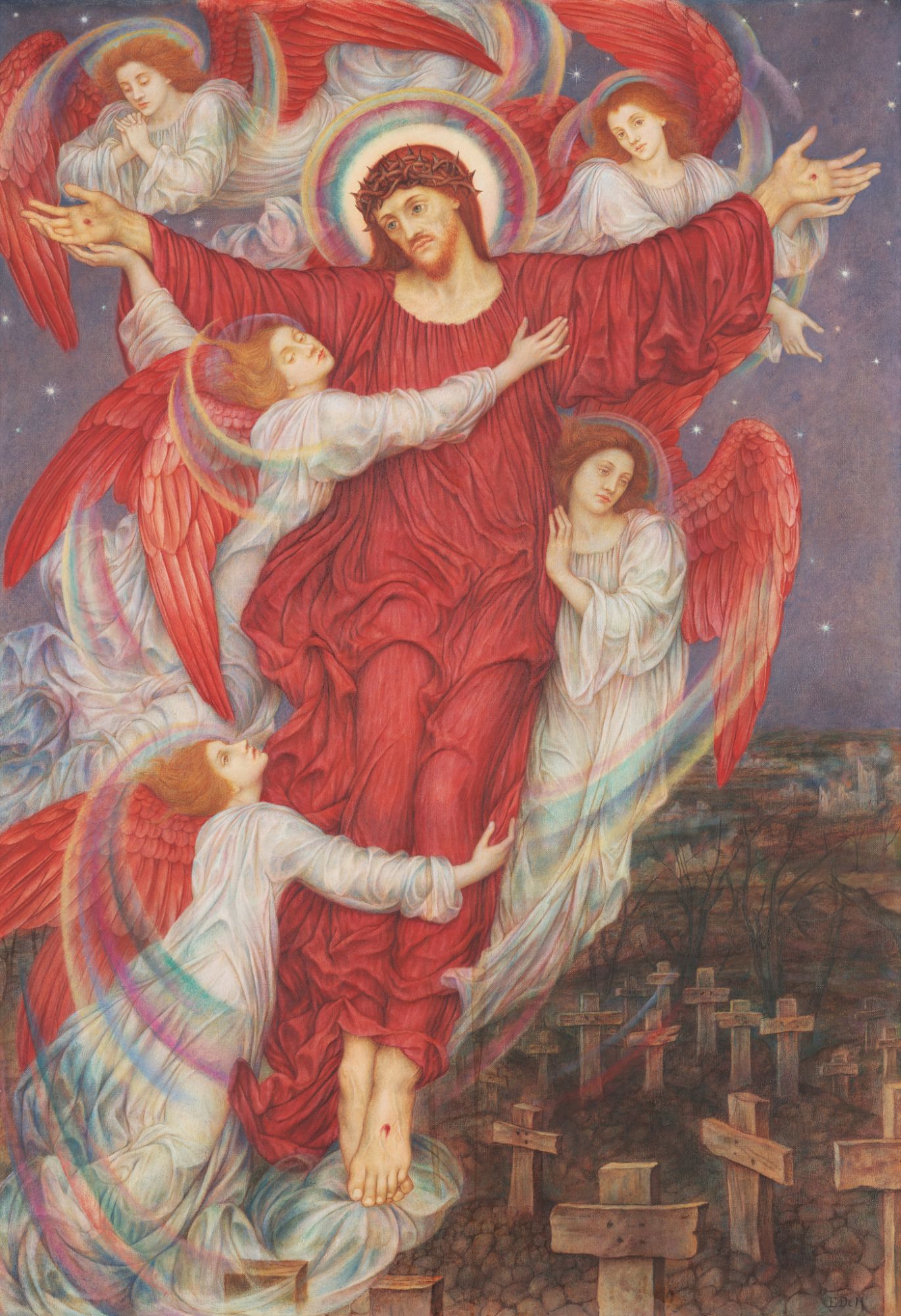 Caption: The Red Cross (1914). In a billowing, blood-red cloak, Christ floats over a field of the slain, supported by a band of angels, to take away the sins of killers and to watch over the souls of the departed as they ascend to heaven.

The result of this exhibition was a body of work which not only acts as a powerful expression of the effects of conflict upon Evelyn and fellow Britons, but can also be understood as a universal statement about the anxiety, grief and abhorrence that accompany any war.

Artist of Peace is a touring exhibition, available for museums and art galleries to borrow for four to six months. 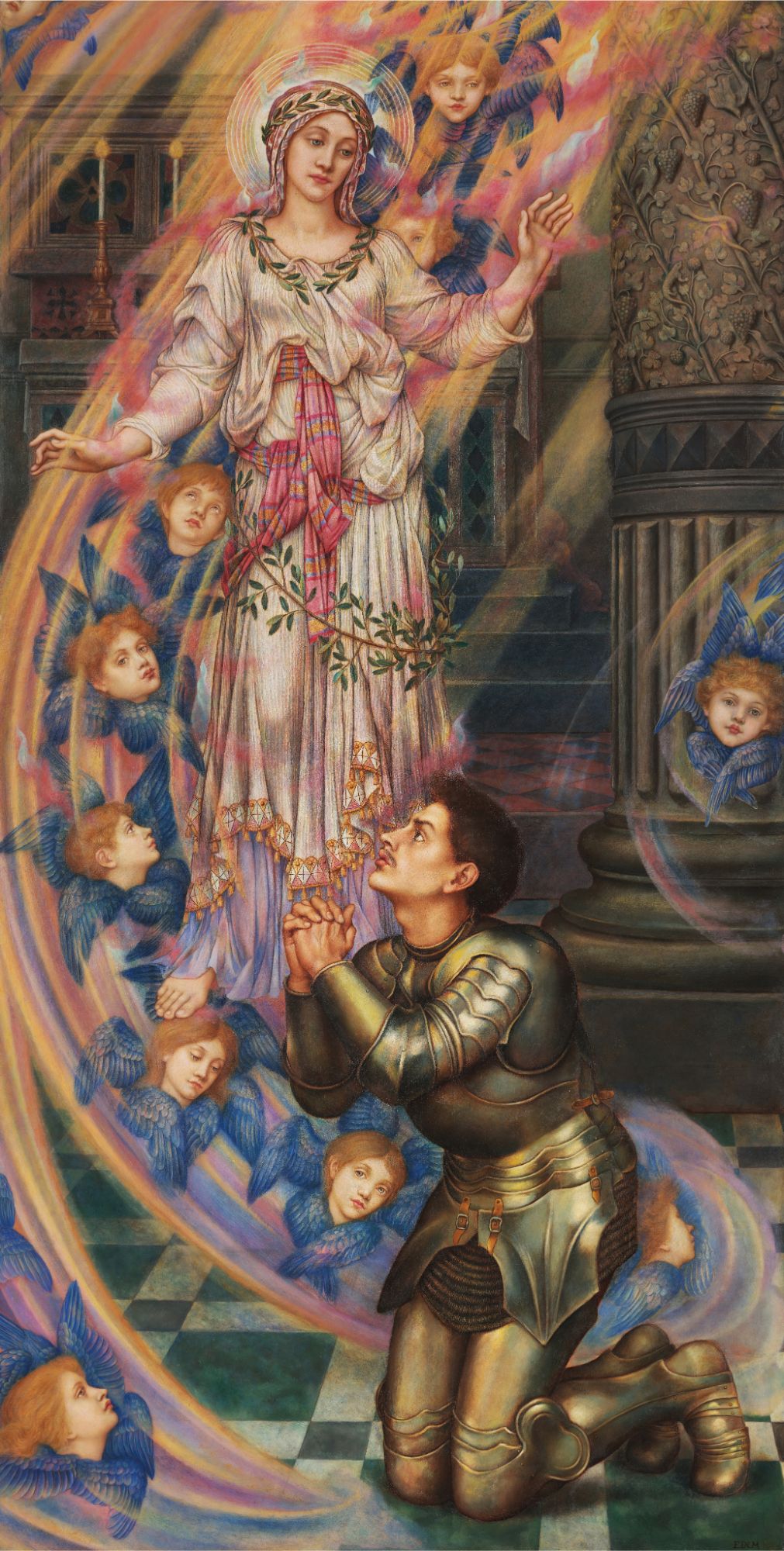 Our Lady of Peace (1907). The anguish and hope of the nation are embodied in the young soldier kneeling in prayer to the classically draped figure of peace. It is unclear whether he is on his way to battle, begging for his safe return and the return to peace, or whether the painting is a premonition of him giving thanks once the war is over.