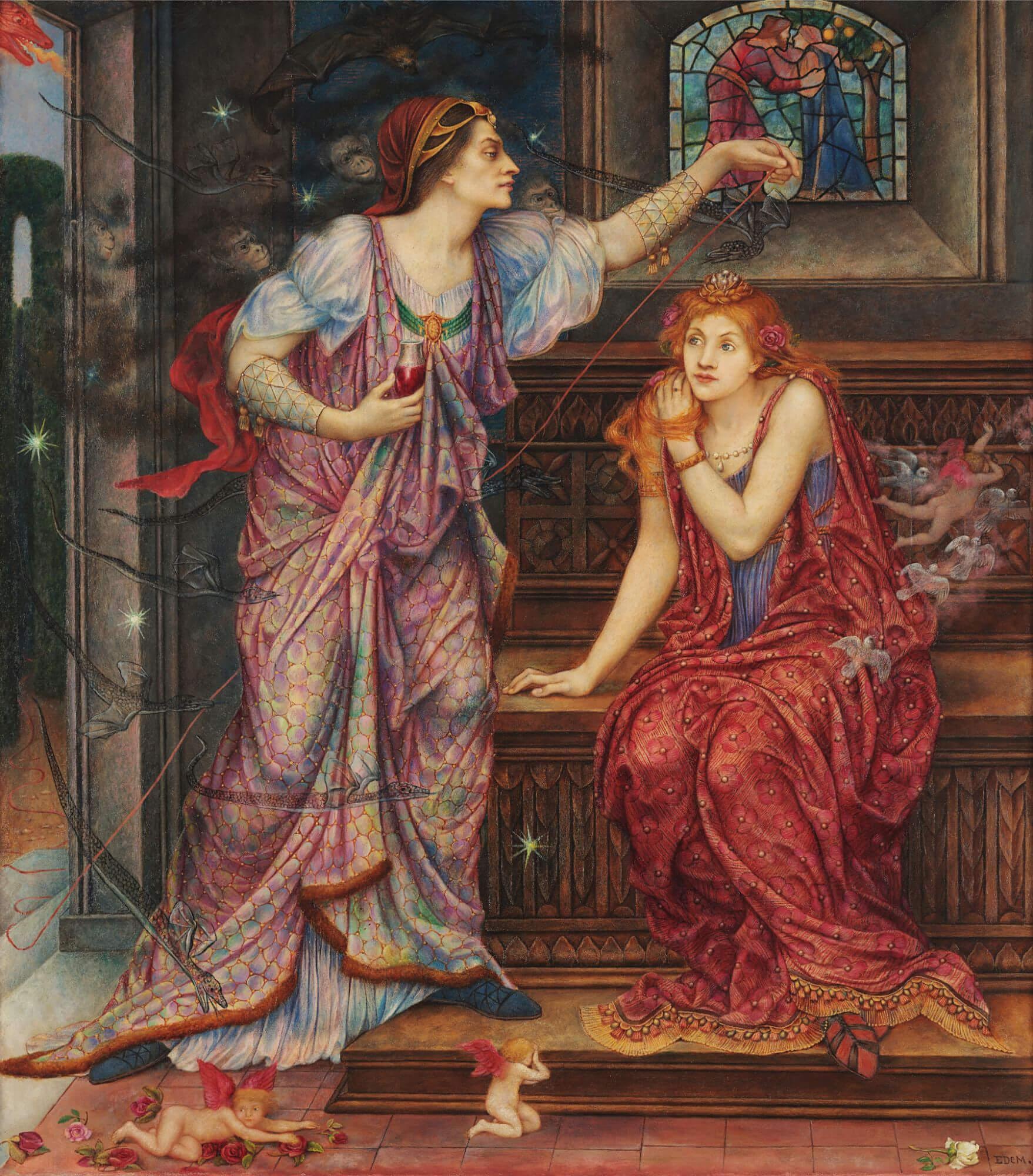 ‘The Result of an Experiment’: Evelyn De Morgan and Automatic Writing

Discover the Spiritualist beliefs of Evelyn De Morgan through her deeply symbolic and richly detailed paintings.

Evelyn De Morgan and her husband William De Morgan anonymously published a collection of over 200 of their automatic writing scripts in 1909 under the title The Result of an Experiment. Although connections have been made between the Spiritualist-influenced ideas in the De Morgans’ writings and the allegorical depiction of spiritual evolution found in many of Evelyn De Morgan’s paintings, a closer analysis of the practice of automatic writing is needed to fully understand the link between the messages and the shifting meanings in De Morgan’s paintings, including Medea (c. 1889) and Queen Eleanor and Fair Rosamund (c. 1903). The idea of an other-directed, expansive and receptive human body plays against the notion of a body that is dispersed or disrupted in De Morgan’s work, reflecting the contemporary tension between the belief that automatic writings were produced through an external spirit agency and the belief that the writings were merely the product of unpredictable, shifting relations of consciousness and control within the self.

Carey Gibbons is the 2021–22 Drawing Institute Postdoctoral Research Fellow at The Morgan Library & Museum, where she is completing research for a book on Pre-Raphaelite drawing and illustration. In the fall she will begin the position of Assistant Professor in the Department of Art History at the University of North Texas. She received her doctorate from the Courtauld Institute of Art in London, where she wrote a dissertation on the illustrations of Arthur Hughes and Frederick Sandys. In addition to teaching illustration and graphic design history courses at the Pratt Institute and a variety of other institutions, she has acquired curatorial experience at the Columbia Rare Book & Manuscript Library, Fisk University Galleries, and Cooper Hewitt, Smithsonian Design Museum. She is also the Digital Art History Editor for Nineteenth-Century Art Worldwide.