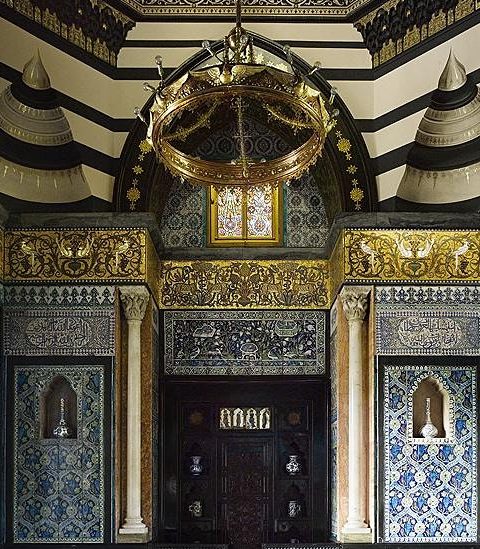 The Art of Frederic Leighton and Leighton House

Frederic Leighton’s studio-house (now Leighton House Museum) is one of the most remarkable buildings of the nineteenth-century. First built in the 1860s, Leighton continued to extend and embellish his home over the next thirty years, transforming what had been a relatively modest house into a palace of art filled with fascinating collections of fine and decorative art. The construction of the exotic Arab Hall, lined with Islamic tiles collected as Leighton travelled through the Middle East, brought new fame to the house as Leighton’s reputation continued to grow. This lecture explores Leighton’s motivations in lavishing such attention on the construction of his home and how it came to embody the idea of how a Great Artist should live.

Daniel Robbins is Senior Curator, Museums with the Royal Borough of Kensington and Chelsea and is responsible for two of London’s most significant house museums: Leighton House Museum and 18 Stafford Terrace. Formerly with Glasgow Museums, he has organised many exhibitions and contributed to numerous catalogues and publications around nineteenth-century art, architecture and design, including the authorship of the companion guide to Leighton House Museum published in 2011. He was responsible for leading the award-winning project to restore the historic interiors of the house completed between 2008 and 2010 and is now leading an £7 million refurbishment project addressing the additions made to the building in the twentieth century.