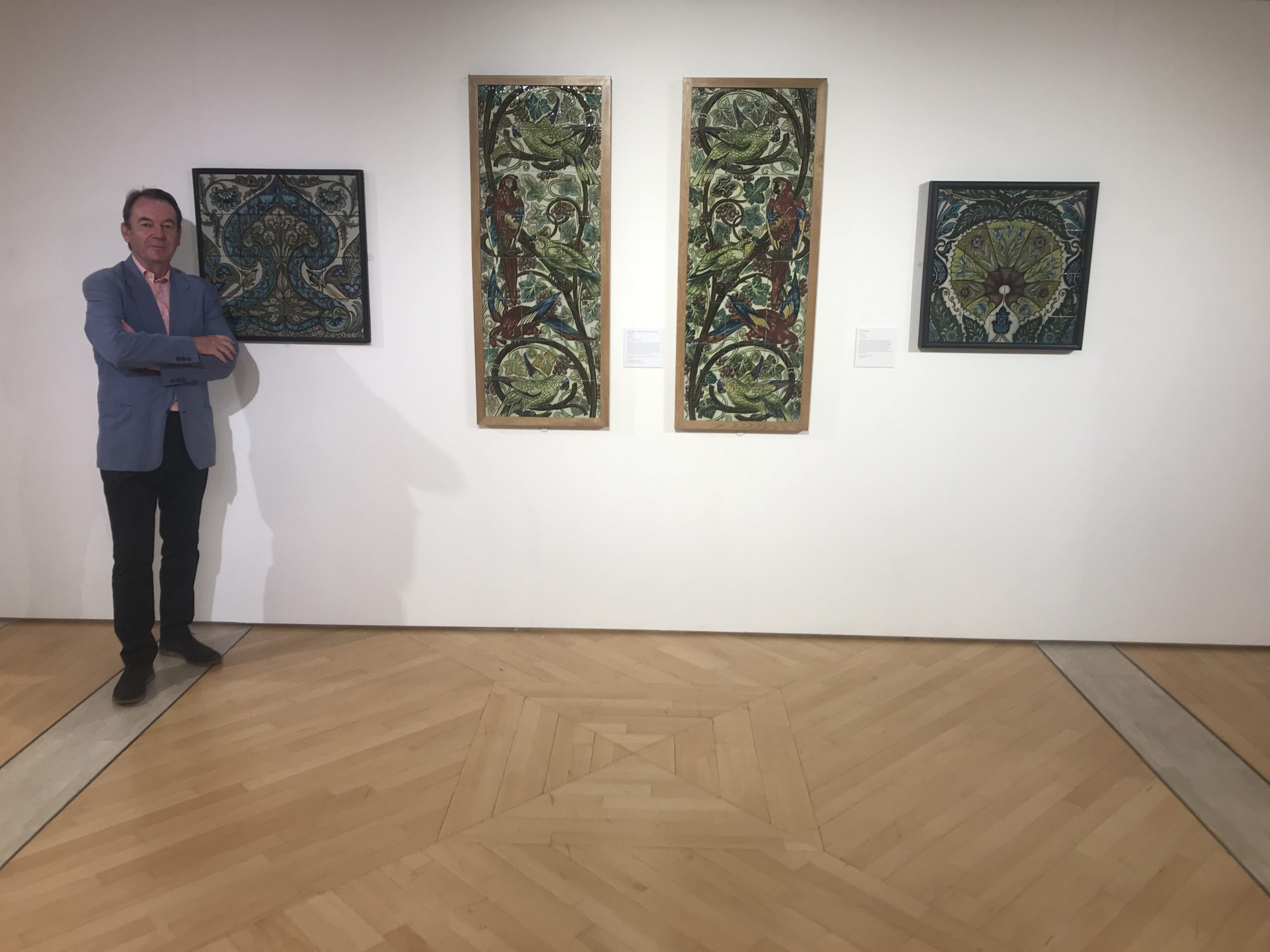 YOU CAN BUY A DOWNLOAD OF THIS TALK ON OUR SHOP
Learn all about William De Morgan pottery from world expert, TV’s Eric Knowles

Eric Knowles is a well-known face in the world of antiques, particularly to viewers of the BBC’s Antiques Roadshow.

Eric is a Fellow of the Royal Society of Arts and has been a patron of the De Morgan Foundation since 2019.

Today, he joins curator Sarah Hardy for an online talk on all things William De Morgan and 19th century ceramics.

Not to be missed!