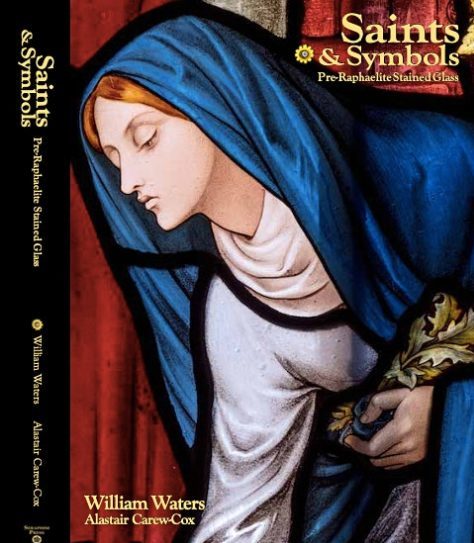 Architectural photographer Alastair Carew Cox shares the beautiful plate camera photographs of stained glass by five pre-eminent figures who are the stars of his and William Walter’s latest publication on Pre-Raphaelite stained glass.

Alastair will also share his excitement at discovering new windows previously unknown, and clambering up scaffolding in tiny countryside churches to get the perfect shot of the beautiful glass.

De Morgan Curator, Sarah Hardy, will also give a talk on William De Morgan’s stained glass and how illuminating this publication will be to the understanding of De Morgan as a designer of stained glass, a decade of his career which is seldom acknowledged.

There will be the opportunity to ask questions to the speakers and to discuss the book.

As the standards of design and production of 19th century stained glass were raised, it drew the attention of fine artists. Active on the periphery of the Pre-Raphaelite circle, the five artists considered here were responsible for varying the medium in their individual ways. All were strongly influenced by and were associates of William Morris. Although well known in other fields their work in stained glass has not previously been investigated to any great degree.

Ford Madox Brown introduced a form of social realism, his colleague, Frederic Shields interpreted his role as a mystic, to add an exotic touch, whilst William De Morgan was one of the first craftsmen to be entirely responsible for production, anticipating the Arts & Crafts Movement. John George Sowerby introduced art into his manufactory in an attempt to upgrade its produce whilst his friend Walter Crane, famous for his paintings, book illustrations and other craft, regarded stained glass as equally as important as any other form of art.

All five artists, who knew or knew of one-another, combined to produce a significant section of later 19th century Aesthetic Movement glass. Saints & Symbols completes the trilogy on Pre-Raphaelite stained glass, from 1850-1898, discussed in Angels & Icons, 2012, and Damozels & Deities, 2017, by William Waters and Alastair Carew-Cox.