Ruby Lustre Charger with a central head and two dragons 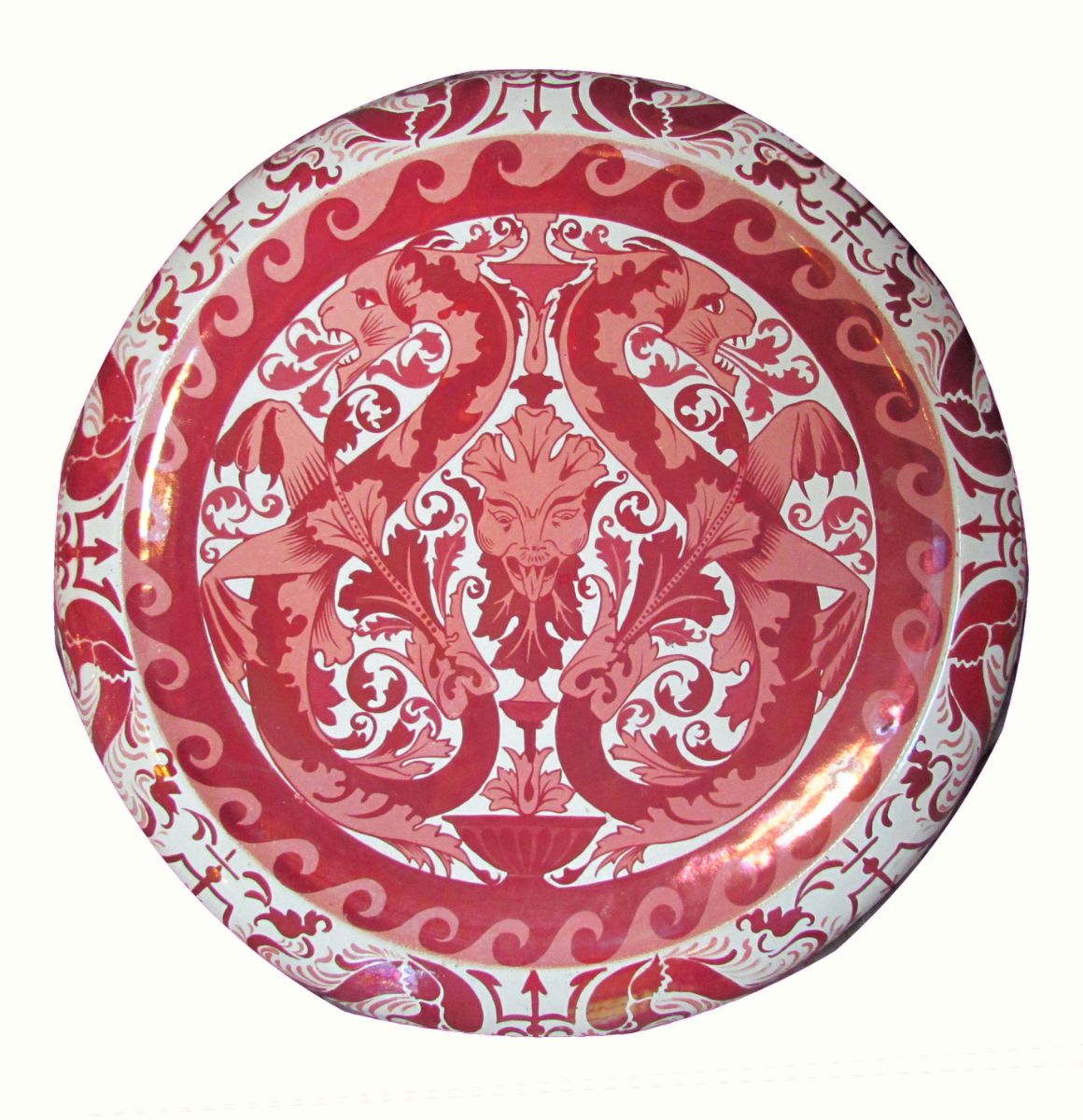 
Ruby Lustre Charger with a central head and two dragons. Decorated by MJ on a plate marked Maw and Co. Maw & Co. was heavily influenced by the ceramics of William De Morgan. This was particularly so in the field of lusterware, as as this and three other items from the De Morgan Collection demonstrate.

Labels on the back of two out of four Maw and Co. chargers owned by the De Morgan Foundation state that they were designed by William De Morgan.

The exact production details of this charger are unclear. Whilst it was certainly manufactured by Maw & Co., there is also a MJ listed as working as an artist for De Morgan from 1880 and it is possible that they are one and the same. It remains to be seen whether this charger was indeed decorated at the De Morgan site or by an artist working at Jackfield, after a design. Both scenarios are possible. it is however, more probable, that Mrs Stirling in her later years became confused as to De Morgan’s connection to a stylistically similar work.


Related Objects: Study of a Male head for 'Victoria Dolorosa'