A Soul in Hell 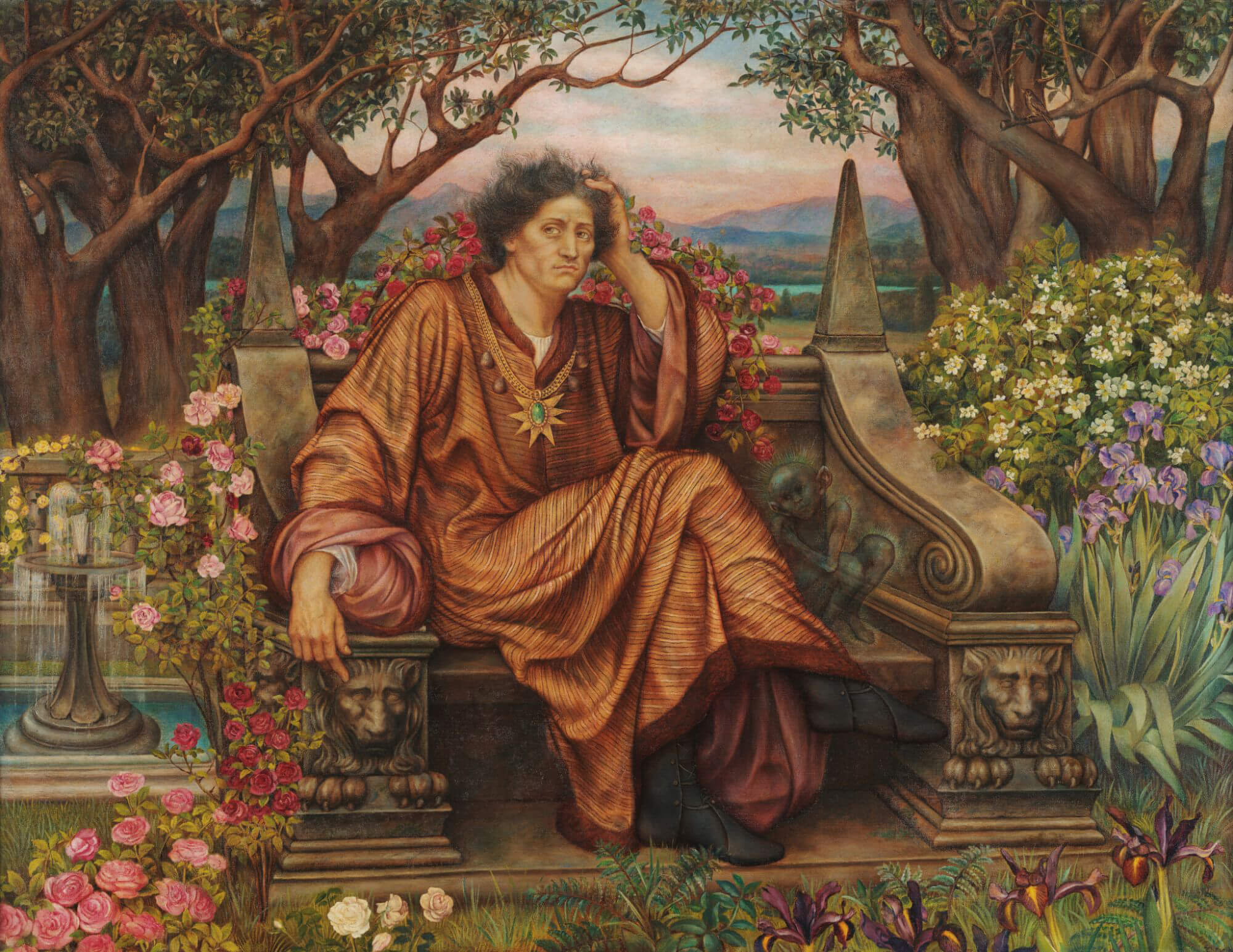 
In the painting a seated man in rich robes is clearly in torment. There is nothing around him to suggest external reasons for his torment. However, when it was displayed at the Red Cross Benefit Exhibition In 1916 it was described in the catalogue as follows:

This man, surrounded by all that is beautiful and desirable, by the force of his own dark spirit dwells in a Hell of his own making. Beside him you see his ugly familiar spirit.

Whilst one can read the painting as being one of many spiritualist inspired works by the artist which deal with eschewing material possessions and monetary wealth in favour of spiritual wealth in the afterlife, its inclusion by De Morgan in the Red Cross Benefit Exhibition, casts a different interpretation on the painting, one of the Country and its people in a torment of its own making.